Halfway between Alpha and Omega 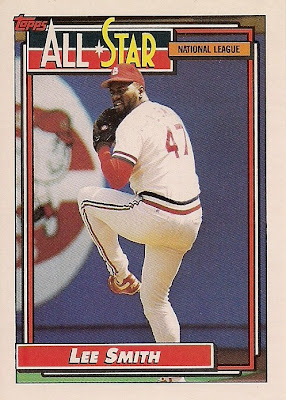 With the news of Ryan Braun yesterday, it occurred to me that Topps has had extraordinarily poor luck in selecting who should lead off their flagship set.

In the last 17 years, Topps has picked Braun twice, Alex Rodriguez four times, and Barry Bonds, Roger Clemens and Mark McGwire once for the No. 1 card in the set (and don't forget John Lackey, too). These aren't exactly people you want to be your kids' role models -- not that the No. 1 card should reflect the most outstanding citizens on the planet -- or that players should be role models -- this is not the topic I want to discuss in any way -- please don't get indignant on me -- let's move on.

And really, who wants to be first or last? We've seen what it takes to be No. 1 and what it can do to a person all too often these last 17 years. And last? Hanging out with the destitute, unfortunate and all those checklists? No thanks.

Like the majority, I am a regular guy. Some (hell, many) would even say "average." I cannot achieve the unattainable and I steer clear of the avoidable. So I try mightily to drive directly down the center, periodically being knocked off course by fits of enthusiasm or incompetence.

Mu is the 12th letter in the 24-letter Greek alphabet, or in other words, the halfway point. Don't ask me anything more than that because, like I said, I'm average.

I'm so average that I'm looking up the most average card in each Topps flagship set, the card at the halfway point. In mathematical terms, I guess that would be the mean. The card at the exact middle of the set.

I like this exercise because unlike the first or the last card, there is no agenda for which card is placed there. Who thinks about the exact middle?

Well, as you'll see, Topps thinks about the middle sometimes.

Also, Topps tried to make it difficult by skipping numbers in a lot of sets (early 1950s and then the stupid Mantle crap), but I think I got it right.

The rundown of every card at the middle of each Topps flagship set: 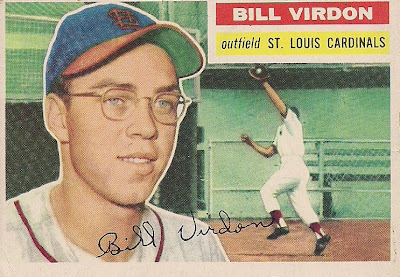 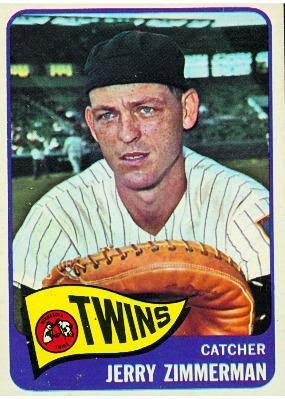 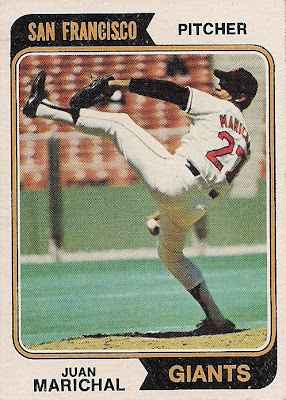 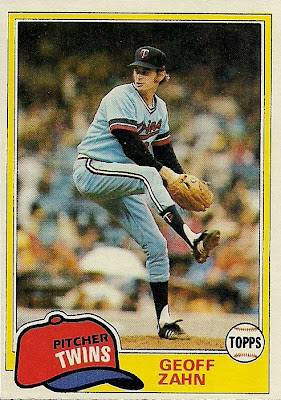 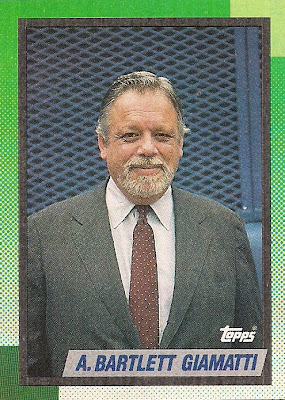 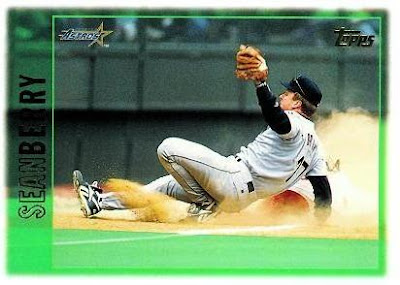 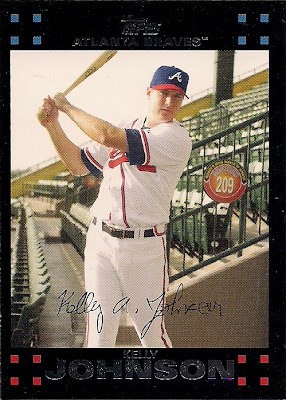 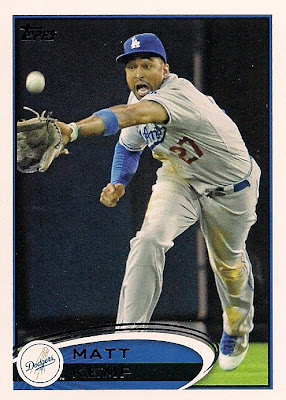 
And there you are.

1. For the most part, the players at the middle are your garden-variety major league ballplayer. The only time that takes a detour is when Topps shifted to 660 cards in a set. Then, I'm relatively certain, it tried to make sure that the #330 card was something special. That really stands out with cards between 1973-76. When Topps started issuing separate All-Star cards again in the 1980s, it placed those cards at the middle of the set, guaranteeing a star card at the exact middle for those years, too.

2. The Giamatti card, which is featured exactly between the American League and National League All-Stars in 1990, seems like a planned placement at the middle of the set.

3. Over the last few years, Topps has returned to the 660-card format (ignoring stupid SPs and other gimmicky moments, which I did). With two series being issued at separate times, card #330 has become special again, and for the most part, that number features a notable player.

4. Greg Maddux is the only player to appear at the center of the set twice. Pretty average-looking guy. Definitely not an average pitcher.

5. The only teams that have not been featured as the middle card in the set are the Orioles, Mariners, Pirates, Brewers, Rockies, Padres and Marlins. The Phillies have been featured just once and it was with a player that never played for them -- Curt Flood.

6. The team that has been featured the most is the Twins with six cards. The Tigers and Braves have five cards apiece. I think looking at their history, the Tigers, Twins and Braves are about as average as you can get.

Here is the team breakdown:

And that's a lengthy look at all of Topps' Mu's.

It turns out there were a lot more star players at the halfway point than I thought there would be. But that's OK. That helps remind me that greatness can be achieved by average people ... or something like that.

Just be careful if you're going to get obsessed with greatness. Some people can't handle it.

runfore!kelloggs baseball cards said…
Thanks for another unique and entertaining post. Keep up the good work.
July 23, 2013 at 8:04 PM

Hoo boy, you're asking me to explain math?

BaseSetCalling said…
for various reasons I have seen several good cards at #333 lately. I think Topps liked giving that # to players they liked, young ones usually.
July 23, 2013 at 8:39 PM

Zippy Zappy said…
The way I look at it Topps selects players for card #1 by how much fans and collectors wouldn't mind seeing the card/player on it get "ruined" by a rubber band like old vintage number card number 1s.
Hence why you don't see guys like Jim Thome or Ichiro Suzuki as card number 1.

steelehere said…
Night Owl, I'm kind of curious if you put any thought into calling in sick from your job and heading up to Toronto to watch the Dodgers play in person?
July 23, 2013 at 10:27 PM

night owl said…
I thought of it earlier in the year, but it didn't work w/my schedule and the family's. Fortunately, I've got free MLB-TV this week, so just got done watching another Dodger win!
July 23, 2013 at 10:43 PM

CaptKirk42 said…
I was the Mu (Muatorian?) in my the class rankings for my High School. I forget the exact number but it was at least 150something since we had over 300 kids in the class. When I first saw my number I was bummed because it was such a high (or in this case low level) number, but when I noticed I was the exact Middle Man, then I cheered up slightly (until I would hear about some of the people above me that I could have sworn were worse students than I was).
July 24, 2013 at 11:28 AM

Commishbob said…
They may not have always picked a star to be the 'Man in the Middle' but from the looks of the cards you posted they came through aesthetically. That '74 Marichal is the classic shot of him. It's how I think of him when I hear his name.