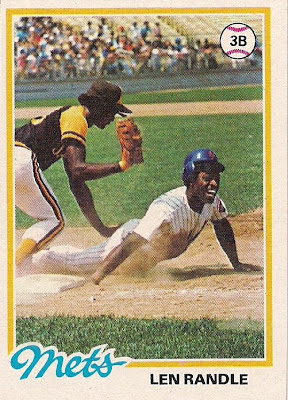 Yup. We're now 4-for-4 on advancing the 1970s card to the next round here on Cardboard Appreciation, the Review 3.

Len "Don't Call Me Lenny" Randle is the fourth '70s card to win the little vote-off competition on this blog in four tries. He joins Robinson, Carter and Blue on the sidelines until it's time to work through the round of 8.

Here is a look at how the voting went for the past week:

A couple of things:

But that's a lot of stuff about the losers. Remember, only Randle advances. And now it's time to see if the '70s can go 5-for-5 with the latest group of candidates.

It's going to be tough with this one. It's such a mish-mash of the unspectacular, I don't know what's going to happen. 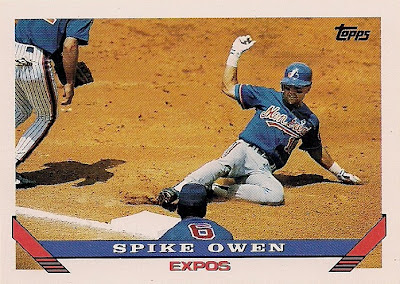 1. 1993 Topps Spike Owen: I showed this card as my ode to Spike. I should have interviewed him after his star-of-the-game performance in the Expos' win over the Astros. But I didn't. And it's haunted me ever since. 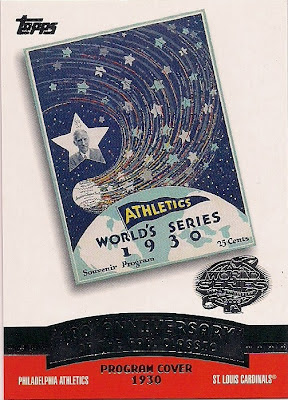 2. 2004 Topps 100th Anniversary of the Fall Classic 1930 World Series insert: I'm supposedly collecting this insert set, which is what I declared when I featured this card. But I have no idea why you would vote for this card. 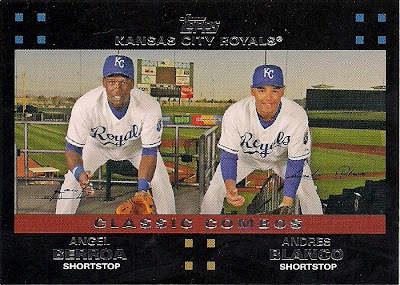 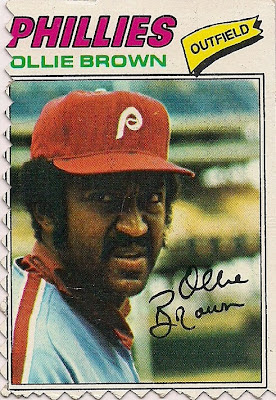 4. 1977 Topps Ollie Brown: Someone thought it would be a good idea to see what pinking shears could do to a card. And this is the result. 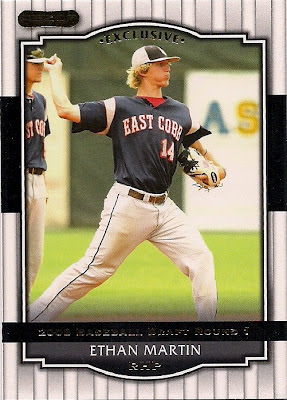 5. 2008 Razor Ethan Martin: This was a tale about when you have a card of a prospect for your favorite team and then that prospect gets traded. All you have left is some card of a goofy kid in his high school uniform. Again, I have no idea why you would vote for this card. 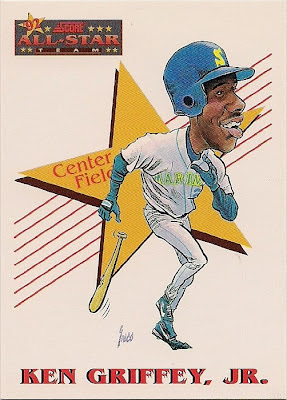 6. 1993 Score All-Star Team Ken Griffey Jr.: I love caricature drawings. There needs to be more of them on cards. That doesn't explain why I haven't purchased a single pack of 2013 Triple Play. 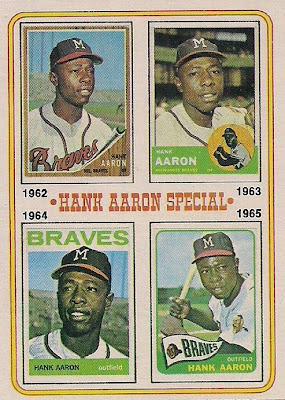 7. 1974 Topps Hank Aaron Special, 1962-65: This is one of the earliest examples of Topps self-promotion on cards. I thought this topic was fascinating. I still think it is. The zero comments on this post thought otherwise. 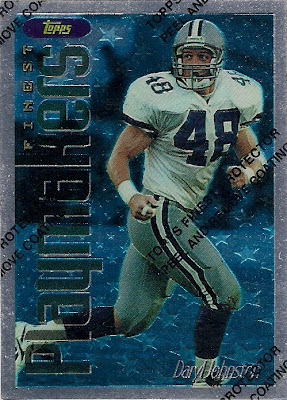 
I told you it'd be an eclectic, strange sort of group. I hope you can find something to vote for in that assemblage.

Be so kind to vote in the poll on the sidebar.

I've turned it orange this week in tribute to the Dodgers' ownership of the Giants these last couple of series. It's been a beautiful few weeks.

Oh, and Sergio Romo is a half-wit. That is all.

Commishbob said…
I voted for Spike Owens' card. Not that I liked it much, but it's the best of this bunch.