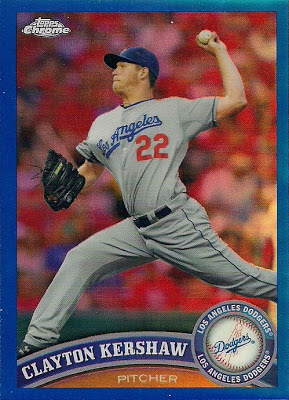 I underwent minor back surgery today.

Like I said, it was minor. A few stitches. No big deal. But like any surgery, there is some pain, discomfort and usage of words like "ointment" and "gingerly."

And I was only halfway through.

Well, that was it. There will be none of that card cleverness today. That can wait for another day when I don't get a knife in my back.

No, today, I just have some cards for you from Cards On Cards.

But my goodness, madding and I have traded a lot. In fact, I just sent a package out to him the other day.

Among the cards he sent were three more Clayton Kershaw cards. I am getting very close to 300 different Kershaw cards. I think that's pretty good for a player who has been in the majors only five years. ... Or maybe it's a feeble and paltry amount, I don't know.

But let's focus on the positive. Before the Cards On Cards package, I was 10 cards from having 300 different Kershaws. 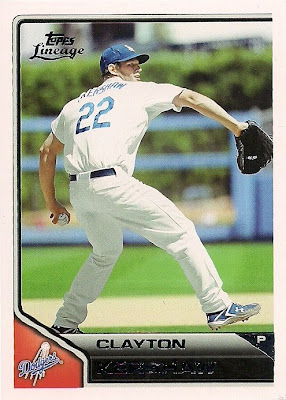 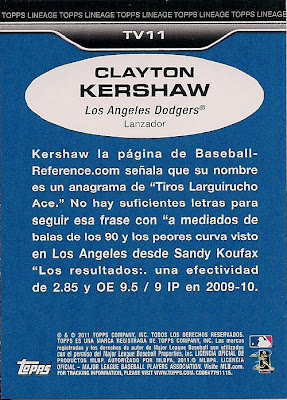 This is the Venezuelan back parallel from 2011 Lineage. Remember those? There was something controversial about these. Something about the write-up not really being in Venezuelan. I can't remember exactly. And I don't speak Venezuelan. I don't even speak 10th grade Spanish anymore.

But what a relief it is to have this card. Whatever it says. 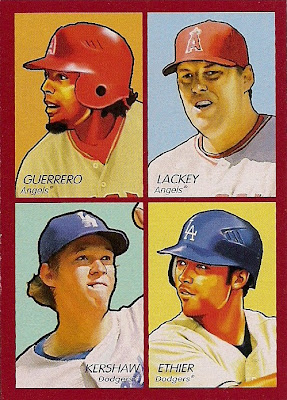 Yes, I consider this a Kershaw card. You would too if you were collecting him. I suppose it could be considered an Ethier card, as well. But it's not a Guerrero card. And it's definitely not a Lackey card. And shame on Goudey for pairing the loser Angels with the first-place Dodgers. 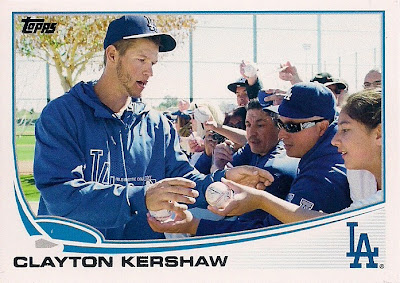 I'm happier with getting this card than any other SP of the last couple of years. It's a great photo (although there is at least one older guy in the picture that needs to tone it down a little). It's a great shot of what Kershaw does best. Be a good guy. 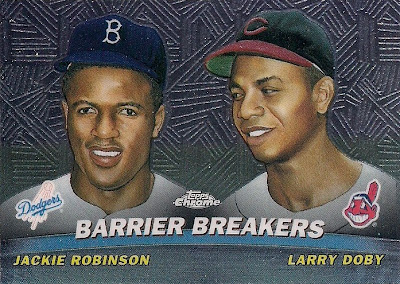 You thought I was going to count all the way down to zero?

Not today. Some other lucky trader is going to get me to 300. The rest of these cards are unfortunate non-Kershaws. But don't get yourself concerned. Instead, be worried about the look that Larry Doby is giving Jackie. 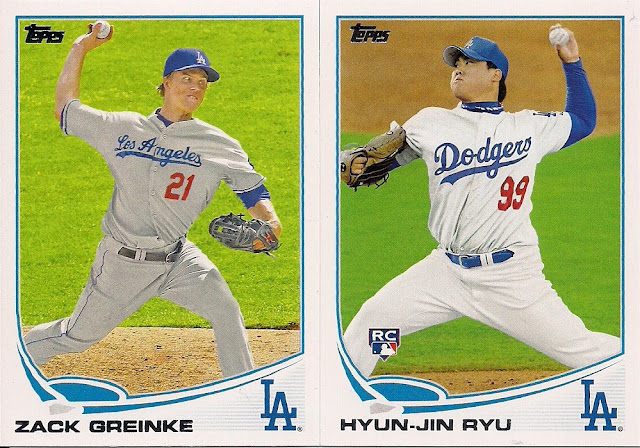 Speaking of looks, how about these ones? They are really pissed at each other and also chucking 90-mph fastballs at each other! Guys, guys! I'll get to 300 Kershaws soon! Stay cool! 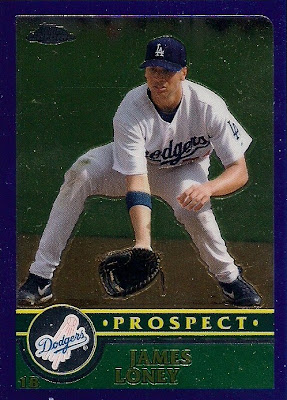 There is not even a twinge of regret that James Loney is finally hitting well with Tampa Bay. 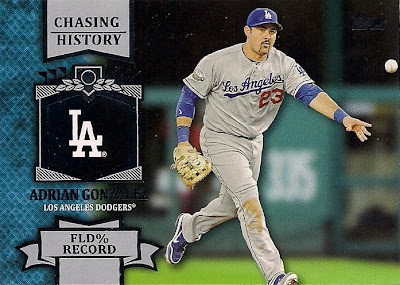 And that's the reason why. 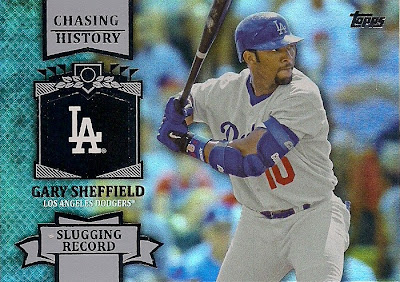 Aside from the Kershaws, this package was really heavy with Sheffields. 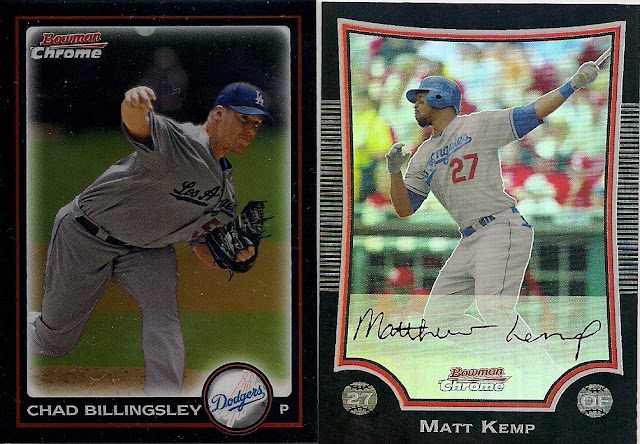 Finally, two cards that I saved from the dupes pile because I realized that both of them were refractors.

Which means I'm about 5 minutes away from looking through the dupes box to see if there are any Kershaw refractors that I missed in there.

Anonymous said…
Hang in there, broski.

Anonymous said…
Careful with anything back related!

And be careful when playing the non-first-place team from Cincinnati with a better record!
July 26, 2013 at 12:44 AM