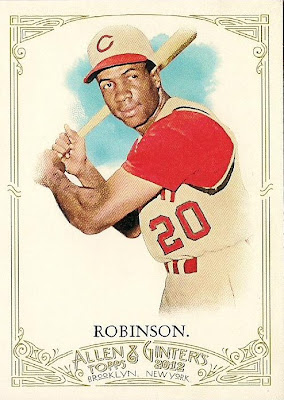 I found out yesterday that Topps was delaying Allen & Ginter from its mid-July release date (I remember when it released in late June) until early August. The news hit me like I had just driven up to my favorite ice cream stand and saw a sign that said "CLOSED FOR THE SUMMER."

And that's basically what I said yesterday:

I admit that I overreacted a little. But August is not a good time for me buying cards. It never has been. August is historically known in my home as "The Broke Month." There is very little cash for anything, let alone frivolous things like trading cards. It is also the month in which work starts to ramp up again and cards get pushed aside. So how could Topps do this to me? 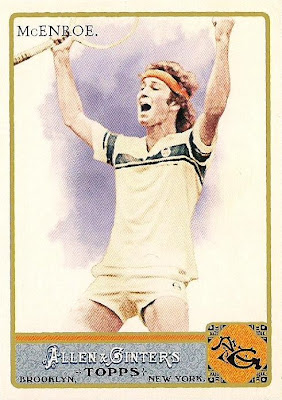 I received a few suggestions as to how I could still pursue Allen & Ginter at such a late date in the summer without selling everything I own at the pawn shop. I could budget. I could pre-order a box when I had the cash.

But I don't want to do that. For me, the beauty of Allen & Ginter, besides the fantastic quirky nature of the set, is that it always showed up during a period when I had lots of time and lots of money. It was part of my summer getaway. No cares, no pressures, just terrific weather and some great new cards that I liked a lot. 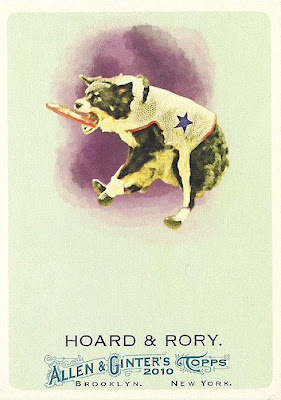 So I could pre-order a box when I had the cash. But then I'd have to sit around during the months when I can spend money and not spend it because I'm waiting for the box to arrive during a period when I don't have much time to devote to cards.

And I could save my money to buy A&G but then I'm sitting around those glorious months of June and July waiting to spend my cash during a time when there's no time.

So, yes, this is a "I LIKE THINGS THE WAY THEY WERE" tantrum. 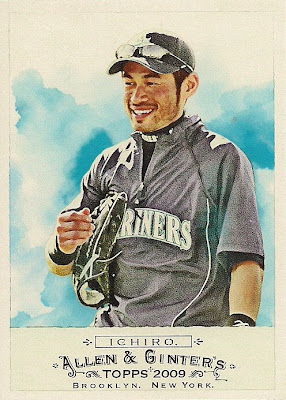 But, honestly, I don't see how I'm going to complete A&G this year. I don't really like the idea of saving cash for it when I could spend my vacation time buying key vintage cards or something else that I like. (For example, I just found out today that a set with Bad News Bears cards in it is going to be released June 26).

And that means my only other option is to try to complete the set during the months of August, September, October and Christmas Season. That is not a good period for trying to finish off a set, monetarily-speaking.

I've completed A&G five years straight, so this is A&G's loss, too, not just mine. I don't expect Topps to acknowledge that. But its decision to push back the date for whatever reason is likely breaking up the streak. 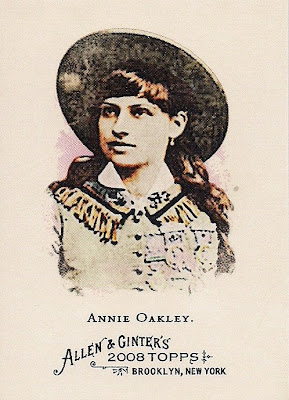 Of course, it's possible I'm just being dramatic and there's every chance that I can complete the set a sixth straight year. Those of you who have good memories might recall last year when I said I wasn't going to complete any 2012 set.

Then I went and finished off the 2012 A&G set. I still don't know how or why I did that. (Was it the Kate Upton card? OK, that makes sense).

So, yeah, the potential for me finding another ice cream stand is there. But I just don't have confidence that this is realistic.

There IS the following suggestion from Crackin' Wax:

That's about the only way I see myself completing A&G this year.

runfore!kelloggs baseball cards said…
So, I guess you won't be at the National?

I'm always surprised when companies release something just after the National when they have such a captive audience for the week. It makes me think that the product isn't going to be good if they don't want to risk collectors not liking it at the National.

night owl said…
No, I won't be at the National. In August, spending money to travel halfway across the country to spend more money is not a good idea for me.
June 11, 2013 at 11:09 PM

madding said…
I don't mind it at all, if only because the other sets have been coming out way too early for my liking. Hence, Kyle Lohse is still a Cardinal in every set for whatever reason.
June 13, 2013 at 8:40 PM