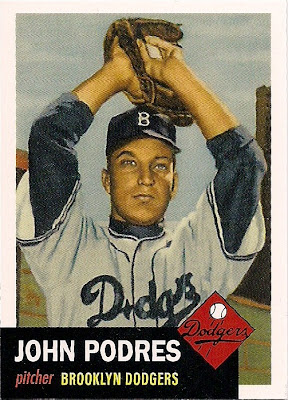 I keep hearing about some "PWE Appreciation Week" thing happening next week -- send someone some cards in a PWE and let the joy unfold, or some such pleasantry.

I'm not going to be able to participate. There's a lot going on around here and even more next week. Package-sending will take a dive. It's ugly, I know. But that's the way it's got to be. Our summers don't last long around here, you know. Got to hit that while you can ... or whatever the kids are saying these days.

Fortunately, it's pretty much PWE Appreciation Week every week lately. I've received them and have been sending them out like never before. I already detailed that in an earlier post.

Why I just received four PWEs in rapid succession a couple of days ago.

I don't have a lot of time today, so I'm going to show them quickly together with less-than-usual commentary. 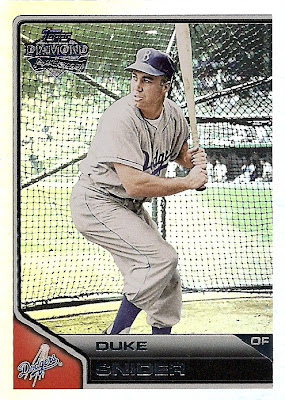 First there is this shiny Duke Snider cards from 2011 Lineage. Remember Lineage? I actually have good memories of chasing that set that summer. But unfortunately, I still need some Dodger parallels from  it.

This card was sent to me by madding of Cards On Cards. All of our many packages sent over the years have been in something more substantial than a PWE, so this surprised me. I thought it might be a "cease-and -desist" letter. Stop sending me your Yadiers! 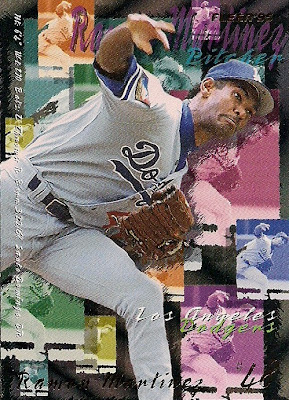 This card fell out of a PWE from Ethan at Top Of The Topps. It's the second straight '95 Fleer card he's sent me and yet I still converse with him.

It's also the last '95 Fleer Dodger that I needed to finish the team set. My eyes are much relieved.

I also found out from the protective packaging inside the envelope that there is such a thing as "Brown rice and sweet potato" Triscuits.

I couldn't be more intrigued. 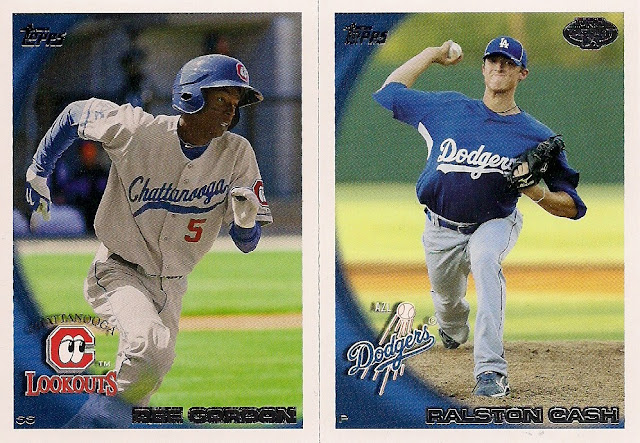 These Pro Debut cards came from Weston of Fantastic Catch. Dee Gordon, I am sure you know. Ralston Cash? He's in his fourth or fifth year of the low minors. Yay, Pro Debut!

Weston's trying to wrest a Lance Lynn card from me. And I think he may have been successful. 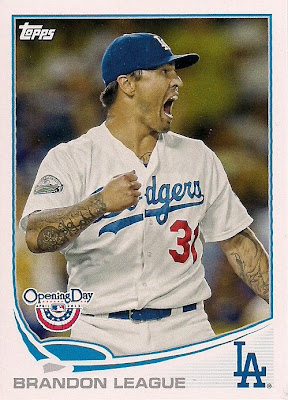 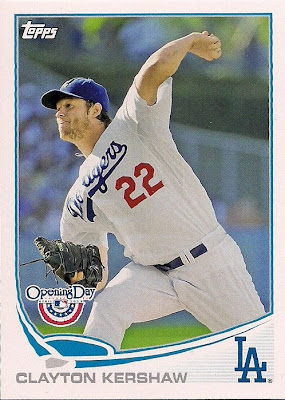 OK, we're back on track now. You'll always get what you want by sending me a Kershaw card. 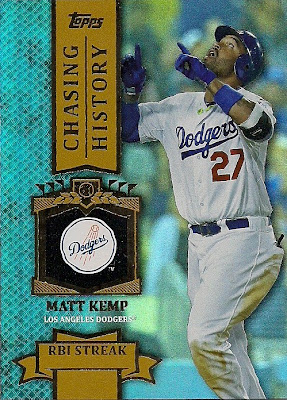 Finally, a fifth card from a single PWE. Matt Kemp, now that he's back in the lineup, has picked up this habit of slamming inanimate objects with his fist when he's excited. Two days ago, it was a wall. Yesterday, it was the dirt around third base. I wince when he does this and scream things like "Shoulder! SHOULDER!" 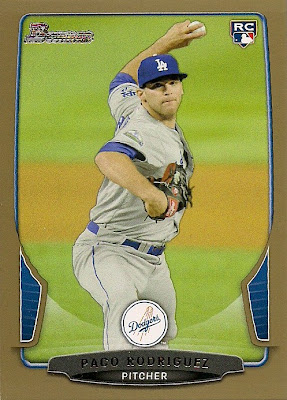 The final PWE is from Robert of $30 A Week Habit. Paco Rodriguez is the fellow who saved the Dodgers' win over the Giants after League attempted to surrender everything in the most humiliating fashion possible. 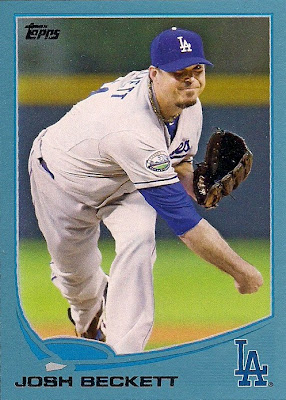 Beckett has recently started throwing again in his rehab program. Alert me when he starts throwing well. 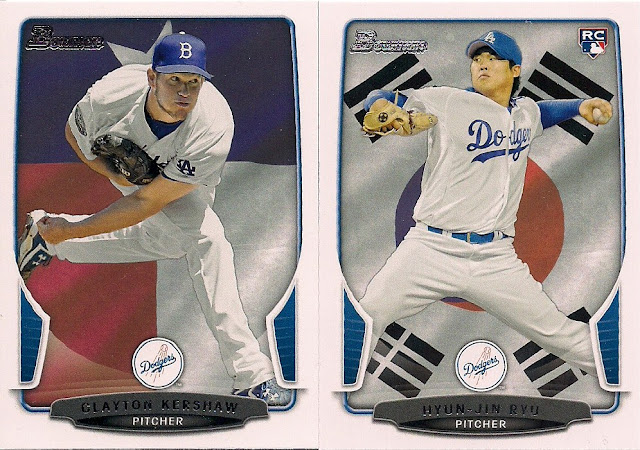 These cards are most appreciated. The International Style parallels are one of the only things I really like about Bowman.

And the Ryu card now allows me to do this:


Many thanks to all four folks for making each-and-every week PWE Appreciation Week.

I'm sure I'll be sending out more PWEs after this first round of summer activities quiets down.

I'm off to enjoy some right now.

Commishbob said…
That Bowman Kershaw with the Brooklyn cap is pretty sweet. May have to go find one.
June 28, 2013 at 8:14 PM

petethan said…
Yeah, I said a silent "I'm sorry" when I sent off that Ramon. '95 Fleer is, without debate, the UGLIEST thing that's even been called a baseball card. It really was the harbinger of doom. Probably a major factor in beginning the worst collecting slump of my life. I figured that if this was the way cards were gonna look now, it just wasn't for me. So, yeah, glad you enjoyed it!
June 28, 2013 at 8:24 PM