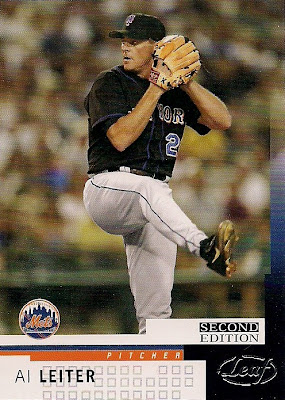 Major League Baseball isn't any different from any money-making business. It's always looking for new ways to rake in the cash. Often that means turning to the marketing department and asking "what gimmick ya got?"

But gimmicks have lousy stamina.

Take the use of black uniforms for teams that had never before incorporated black into their color scheme. This is what the website Uniwatch defines as BFBS or "black for black's sake." The color choice seemed like a good idea at the time. Black became so popular for a period that it seemed like half of major league baseball was the Raiders.

I grew tired of it quickly. The uniforms left me numb, then irritated, then so enraged that it's all I could think of for two innings as I mentally burned every black jersey in the team gift shop. They are ugly to me now. We've fallen so far from when Frank Thomas first started walking around in those things.

I submit that the same can be said for interleague play.

Years later, there is now interleague play every day, which we're supposed to like better than pockets of interleague play. But I don't like it any better. Personally, I find it confusing. It actually makes my job at work more confusing.

I'll bet there are a few people in baseball who are more confused by the development, too. I know I wouldn't want to be a schedule maker. We're also seeing another result of interleague: bizarre rain delayed games.

Do you think that the Indians and Rays would have waited so long to re-start a game -- all the way until after midnight -- if they knew that the teams would play at some other point in the season? But with rain in the forecast for the other games in that series, and no other opportunity to meet again, umpires decided to wait it out. Maybe they shouldn't have, but that's the kind of pressure that interleague is placing on everyone. Two teams in the American League play each other just six times because supposedly everyone is bored if MLB dared to play the same two teams 8 or 9 times in a year. We have to make sure "rivalry week" is intact when the Rays play the Marlins! (And we can't schedule doubleheaders anymore because they don't make teams enough money).

So, because MLB needs to placate the casual fan and get its interleague bucks, poor game-goers in Cleveland waited around for a game that ended at 3 in the morning.

This isn't to say that all new ideas are gimmicks or aren't thought through. But "big-picture" people are lacking in a lot of facets in life and the result is you get a lot of people looking around saying, "what happened here?"

It's the same thing I say when I see a card of a Met, Blue Jay, Red, Royal or Oakland A dressed in a black uniform.

Night Card Binder candidate: Al Leiter, 2004 Leaf, #164
Does it make the binder?: Yes. There is room for everyone in the night card binder. Ebony and ivory living together in perfect harmony.

SpastikMooss said…
Interleague is weird in terms of fantasy baseball too (which I just re-joined this year). I'll have some DH in my utility spot, good to go, but wait, they're playing in an NL stadium and he's out of the lineup as a result. Happens all the time.
June 2, 2013 at 6:17 PM

BaseSetCalling said…
Interleague is indeed a gimmick. I wish it would go away, and could be brought back every 4th year or so (Leap years / Presidential Elections / Summer Olympics). My regular baseball information suppliers on the Tigers broadcast predict that interleague will lead to the DH in the National League before too much longer....

I didn't understand that all American League Cleveland/Rays situation....did the Indians already play in Tampa?

I also miss all the non-divisional teams in one's own league. I'd rather see the Orioles, Yankees, and Red Sox more than twice a season. It's almost like all other teams not in your division might as well be in the other League the way schedules stand now.

I missed all those teams in black unis by losing interest in baseball cards (Even the A's?). Uniform colors only get a single sentence on the radio....
June 2, 2013 at 6:56 PM