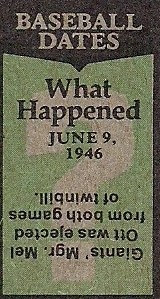 Baseball revels in numbers. It's been that way for longer than I've been following the sport. But it's never been more the case than in the last 10-20 years. With the advent of new statistics to evaluate players, it's obvious that fans and people in the game are relying more and more on numbers to understand the sport.

Twitter is great for this type of stuff, and there are baseball fans everywhere tweeting factoids about the sport.  Given that, I'm a bit surprised that no one has picked up on the card backs in 1979 Topps.

Any collector of that set knows that the identifying element on the card backs that year was an "on this date" feature. Each player card displayed a random date and a baseball fact that happened on that date. Most of the happenings were pretty obscure and interesting.

For example, on this very date in 1946, Giants manager Mel Ott was ejected in each game of a doubleheader. Wish I was around then to experience that.

That fact came off of the back of this card: 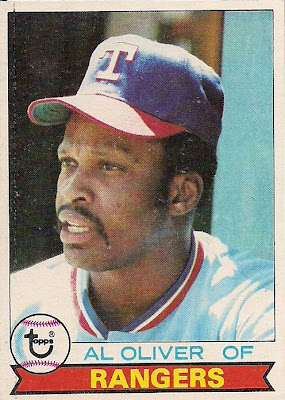 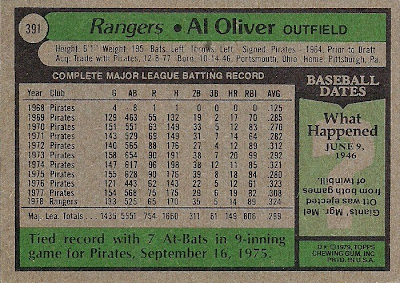 This was one of a handful of cards off my 1979 Topps want list that were sent to me by frequent commenter on this blog, Jeff.

I remember when I was first buying these cards in '79, I initially thought the "this date" trivia question was dull. The first few years of my collecting, cards contained cartoons on the back. In 1978, there was a game you could play. Now, all you had were WORDS.

But somewhere in the middle of that collecting year, I grew to enjoy them. And that was the first time I wondered if every date of the baseball season was featured in the 1979 set.

I still haven't determined whether it is. Maybe when I complete the set, I'll figure it out.

For now, let's see some other dates from the cards Jeff sent me: 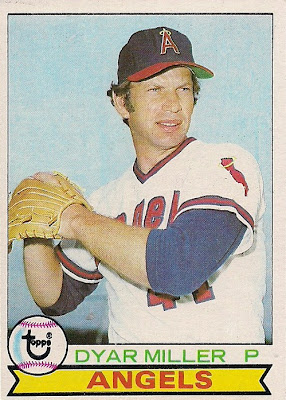 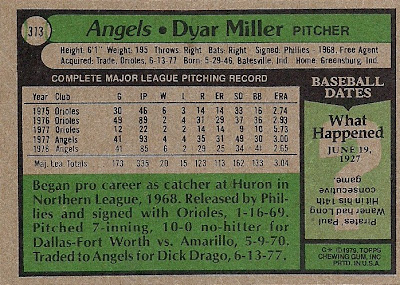 Coming up a week from Wednesday, we'll celebrate the 86th anniversary of Paul Waner's streak of 14 straight games of "long hits." (That's an expression you never hear anymore). 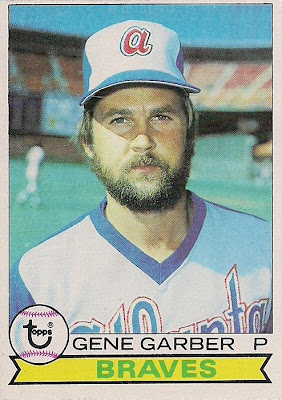 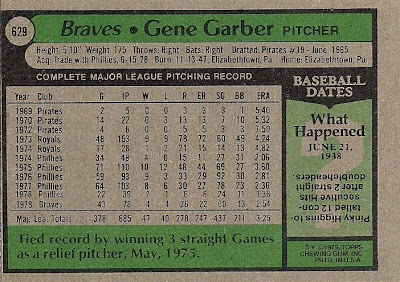 On June 21, the first day of summer, we can celebrate Pinky Higgins' 12 straight hits after consecutive doubleheaders. 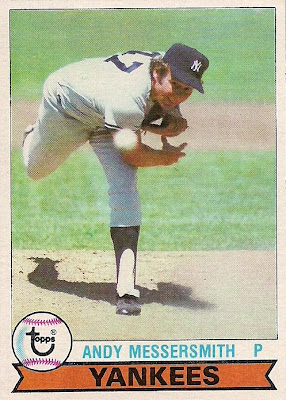 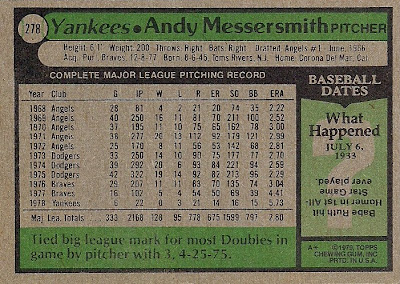 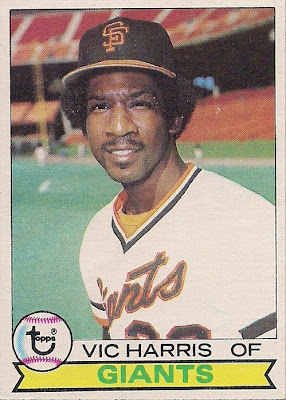 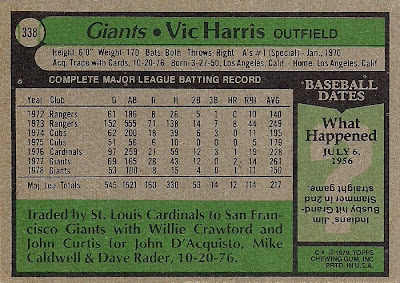 July 6 is both the anniversary of the first home run in the first All-Star Game and Jim Busby's second straight game in which he hit a grand slam. 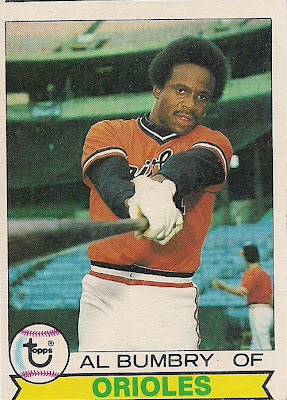 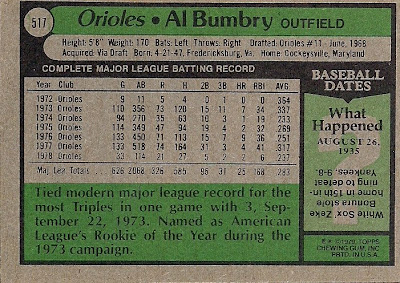 On Aug. 26, I'll probably need a reason to celebrate, and I can't think of a better reason than the anniversary of Zeke Bonura's steal of home in the 15th inning to beat the Yankees. 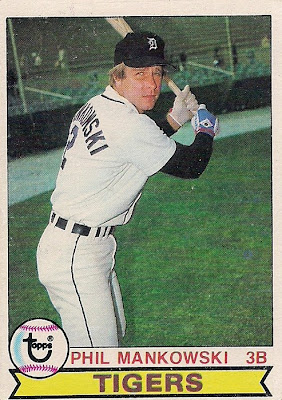 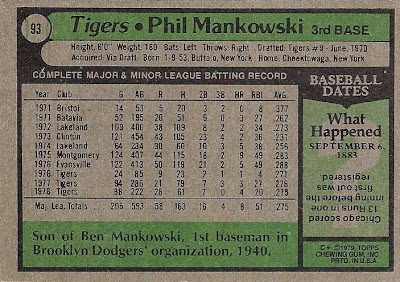 And on Sept. 6, we can honor the 130th anniversary of Chicago scoring 13 runs before getting an out. Those were the Chicago White Stockings, by the way.

Most of the events listed on these cards are the type of things that would make the Twitter baseball folks that I follow bounce off the walls for a couple of hours. Can you imagine, say Mike Trout, hitting grand slams in back-to-back games? We'd have a Twitter parade.

I have half a mind to start Twitter-posting these things on respective anniversaries. But more likely, I'll post one or two and then get bored with the whole thing.

But if anyone likes doing this kind of stuff, the '79 Topps set is an excellent resource.

Jeff sent me another 1979 card that doesn't go along with the "on this date" theme of this post. 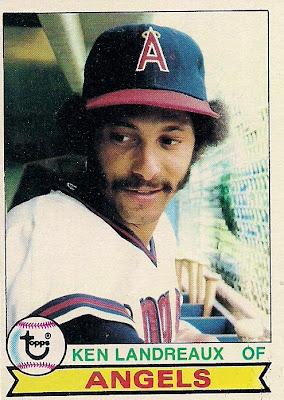 I just wanted to mention that I've wanted a Ken Landreaux rookie card for years.

I had a fascination with Landreaux as a break-out player since the moment he hit the major leagues. I was borderline ecstatic when the Dodgers acquired him.

But if you want to put it in number terms, I have waited 34 years to get this card.

deal said…
another quality post. I would think the math has to work for marking every day in the season. If you stretch the season to its max it is about 200 days. and there are at least 500 player cards in that set.
June 9, 2013 at 7:31 PM

Robert said…
Does anyone have the ability to turn their monitor upside down to get the answer for today?
June 9, 2013 at 11:27 PM

Fuji said…
Thanks for stirring up memories of my childhood. When I was a kid, my neighbor gave me a stack of 79T cards and I spent countless hours sorting them by teams, then by position, then by number, then back to teams. And in my spare time, I'd sit there reading those cool WHAT HAPPENED pieces of trivia.
June 10, 2013 at 10:08 AM