But these are the things we must do to add another member to the Cardboard Appreciation Hall of Fame.

It's been more than a year since we last voted somebody into the Hall. Apparently, Cardboard Appreciation voters are just as snooty as Baseball Hall of Fame voters.

So let's take care of that with another round of selecting and opinionating. I have 64 of the latest cards featured in Cardboard Appreciation posts. Like the last time, I want to get through this as quickly as possible. So I am putting eight up for a vote at a time and then narrowing it down from there. We'll have a new Hall of Famer in no time!

I'm about to feature the eight cards we're voting on this time. I'm not going to link to the earlier C.A. posts. You'll just have to take my word for it that they were featured. I'll save the scandals for voting hijinks. 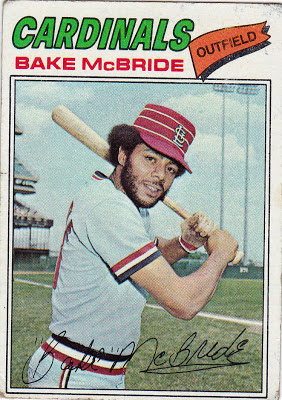 1. 1977 Topps Bake McBride: Since I featured this card, I have upgraded it and completed the entire set! Bake's claim to fame on this card is his pillbox cap. And I wondered if teams like the Cardinals and Mets had continued the pillbox tradition well past 1976, like the Pirates, whether they would be as iconic as the "We Are Familee" Pittsburghers. 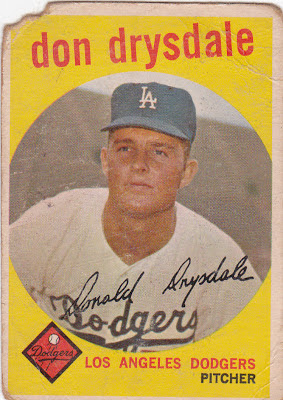 2. 1959 Topps Don Drysdale: This card was found in a discount box. I will take a three-cornered Don Drysdale card for a discounted price all day and every day. 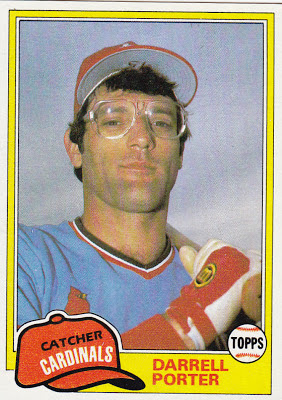 3. 1981 Topps Traded Darrell Porter: This card kicked off an ode to Porter's struggles with addiction as told through his various styles of eyewear. He had some terrific specs. 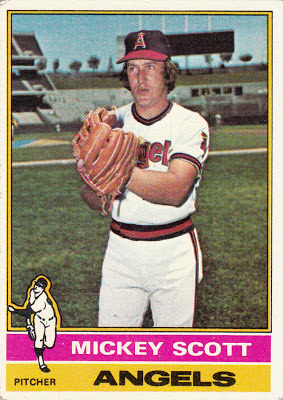 4. 1976 Topps Mickey Scott: I don't expect this card to receive many votes, but it means a lot to me. It was evidence that a major leaguer actually lived in my hometown. I featured the card just after Scott's death. 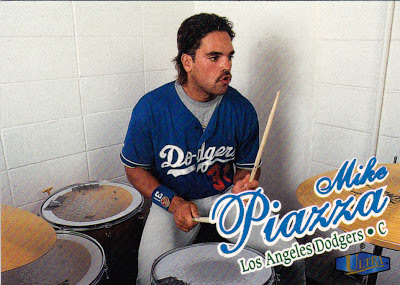 5. 1998 Fleer Ultra Mike Piazza: Piazza is not the first player to be featured on a card playing on a drum set. That was the point of that post. But it's still a fantastic card. 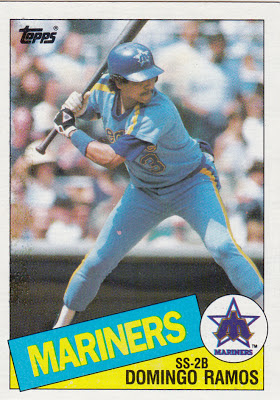 6. 1985 Topps Domingo Ramos: This card kicked off my announcement that I was starting a 1985 Topps blog. I hope you're all reading that thing. It's a lot of work. 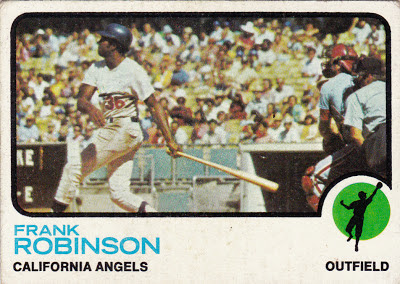 7. 1973 Topps Frank Robinson: I am happy to say that this card is residing in my Dodgers binder. Everything about it says Dodgers. We're not going to let the team name on the bottom and a little whiteout say otherwise. 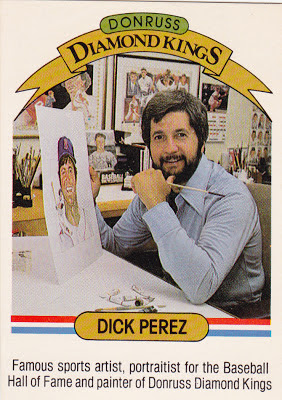 8. 1982 Donruss Dick Perez: This Cardboard Appreciation post is, by far, my most clicked-on post. You can thank the web bots.


And those are the first eight. As usual, it's an eclectic mix.

Be so kind and cast your vote on the sidebar.

What is now the really ugly sidebar.

Let's hurry and get this exercise over with so I can get it back the way I want it.

jacobmrley said…
The web bots have picked one of my random Football posts and given it 14x more clicks than any other post I have. I have read through that post a dozen times trying to figure out what word or phrase triggered it. Damned if I know...
June 8, 2013 at 9:50 PM

Anonymous said…
As a Mets fan, I am happy to have the Pirates be the only ones to carry those hats beyond 1976.

...Although maybe in a parallel universe the Mets kept the hats, kept Tom Seaver, and Tom Terrific handed out "Seaver Stars" to players as they made their way to a 1979 World Championship...
June 8, 2013 at 10:55 PM

Robert said…
I'll admit it, I will be the only one who votes for Domingo Ramos.

Ryan said…
I have to go with Frank. Just looking at that picture makes me feel like I'm outside and can smell hot dogs.

Awesome to have CA back!