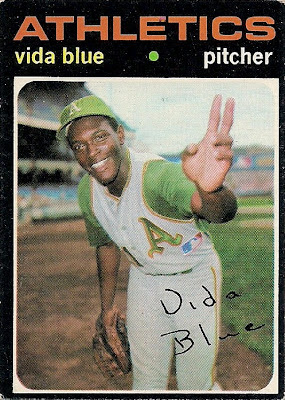 We are officially stuck in the '70s here at Cardboard Appreciation.

Not that I'm complaining. Ringo Starr is singing "Photograph" as I write this. But there have been three cards voted to the next round of Cardboard Appreciation, the Review 3 so far, and all three have been cards from the '70s.

Vida Blue's classic first solo card from 1971 is the latest card to get the '70s royalty treatment. In what I knew would be nothing but a rout, Blue dominated the competition to join the '73 Frank Robinson and '77 Gary Carter in round 2.

As Billy Preston asked back in the '70s, "will it go 'round in circles?" The Blue card definitely does. And it'll fly high like a bird in the sky, too.

It's very possible the '70s trend will continue for another week with the latest grouping of cards that need your vote. You'll know what I mean when you see the cards. 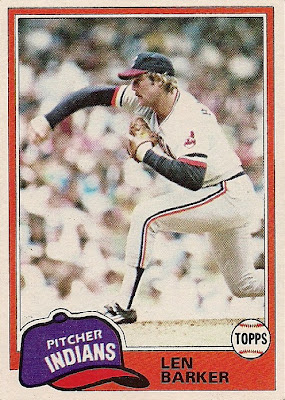 1. 1981 Topps Len Barker: Once upon a time, I thought a cool card was a harbinger of great things for that player that season. Len Barker proved this flimsy theory by throwing a no-hitter the year this card came out. But then how do you explain all the lousy cards Mike Schmidt had? 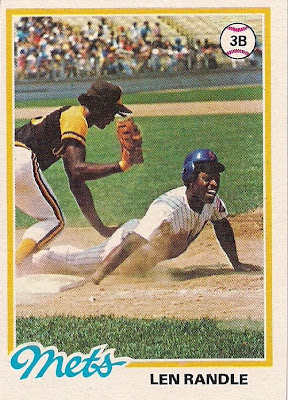 2. 1978 Topps Len Randle: SeewhatImean? Another great '70s card. I've written about this card at least twice on this blog and documented the play depicted on the card each time. So I'm not going to do it again here. If you're late to the party, that's why there's something called "Night Owl Archives" on the sidebar. 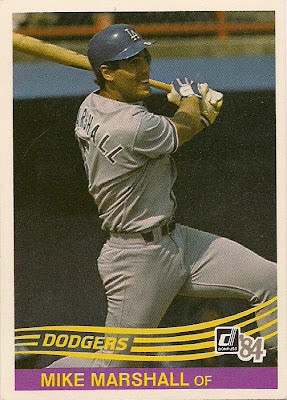 3. 1984 Donruss Mike Marshall: Part of being a fan -- a true, dedicated, foul-weather fan -- is sticking with your team through playoff disappointment, horrible seasons, bad trades and players who don't quite fill their vast minor league potential. But you didn't have anything to do with that, right Mike? 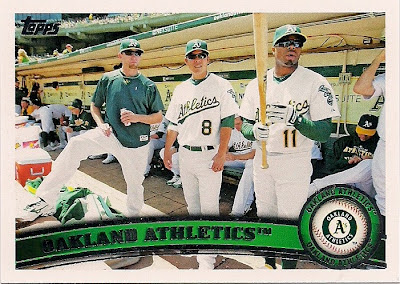 4. 2011 Topps Oakland A's: OK, I'm going to "hoot" about this particular Cardboard Appreciation post a little. I like it. It's one of my favorites. It takes me to the heart of one of the things I enjoyed the most about baseball when I was a kid. So I'll be nice and link this particular post. 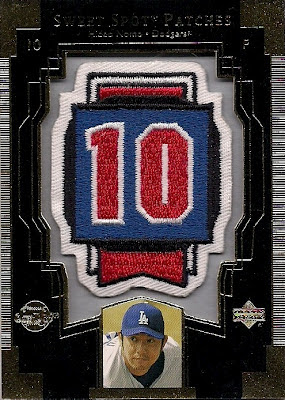 5. 2003 Sweet Spot Patches Hideo Nomo: Some of you may not even consider this a card. That's OK. I was in your camp, too ... until I received this card. And then all of the gold edging and general fanciness made me realize how foolish I was. Not only is it a card, but it's the MOST FANCIER-THAN-YOU-CARD OF ALL-TIME! 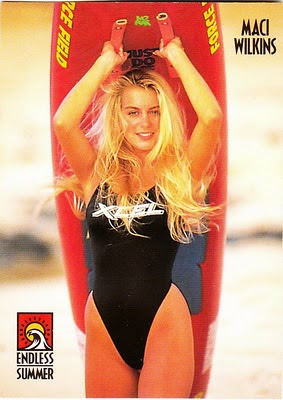 6. 1993 Endless Summer Promo Maci Wilkins: This card is going to throw some people who think this vote-off is about the greatest cards of all-time. It's not. It's about the cards in my collection that I appreciate. And what's not to appreciate here? This card was shown as an ode to water parks, and (*ahem*) certain people who frequent them. I will be interested to see how this card does in the poll. 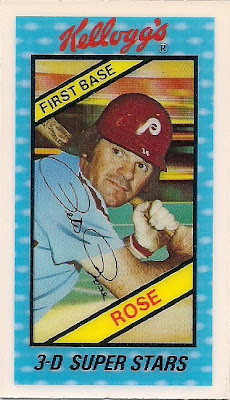 7. 1980 Kellogg's Pete Rose: This card is here more for the back than the front. Kellogg's collectors will know that players' hobbies were listed on Kellogg's cards. Rose listed his hobby as "all sports," which is odd and also very much like Pete Rose. 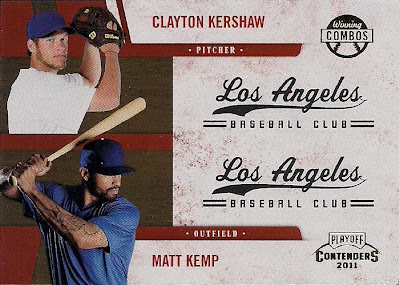 8. 2011 Panini Playoff Contenders Winning Combos Clayton Kershaw and Matt Kemp: Panini, Panini, Panini. What are we going to do with you? Back when I displayed this card, I held up 1970s Topps football cards as an example of how you create non-licensed cards. Meaning: don't show them in their underwear!!!


And those are the eight that you have all week to vote on over on the sidebar, which is now a pleasing sickly green. I call it my Kermit the frog phase.

And, if the votes say anything, so are you.

Anonymous said…
I thought about voting for a non-1970's card this time around, but I just can't do it when there's a cool Mets card involved.