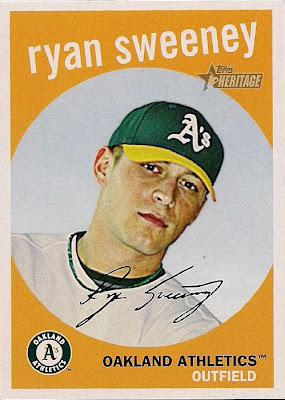 I'm am still in a "get rid of surplus cards" frame of mind. So far, I've gone the contest route and the trade-300-cards-for-2-cards route.

This weekend, there was the trusty garage sale.

I've had varied success selling cards at garage sales, but mostly it's been productive. Friday was very productive as a big, BIG box of dupes disappeared for the low, low price of 10 bucks.

"What was in that box?" you're saying in a panic. "There might have been something in there that I NEED!"

Well, you should have spoken up sooner. Those things have been accumulating mold in my closet for six years now. I got rid of all I could in trades, but they were no longer useful.

That left the following: 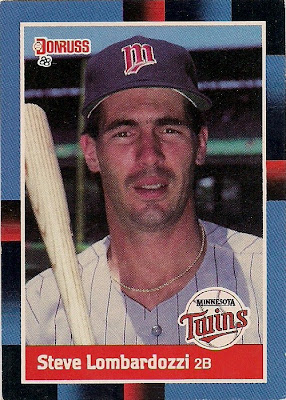 Of course. Not as much as you'd think, but a healthy portion of the box was directly from the 1987-93 time capsule. I held onto about 20 1993 Upper Deck and 1989 Donruss for reasons I still don't understand. But the rest -- including some more '91 Donruss -- has gone the way of Garret Anderson. 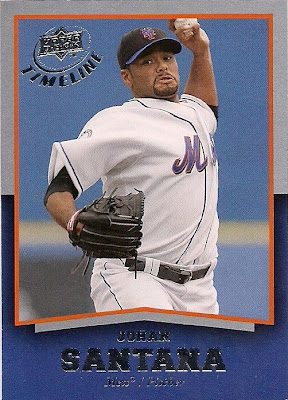 Somehow, some of the Timeline ended up getting out of the box and staying in my closet. They're very sneaky. So I still have like four Ryan Braun cards. Next garage sale, cheater, you're history. 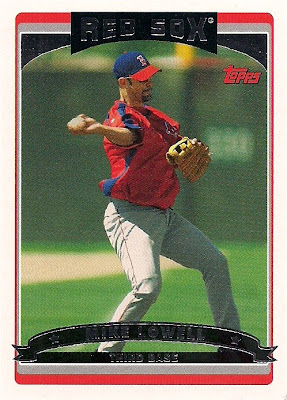 By far, the biggest representative in the dupes box. This is 1989 Topps all over again. I accumulated an obscene amount of '89 Topps and all of those cards disappeared in a garage sale (several more '89 Topps left in this garage sale, too). I've been able to help several people finish off 2006 Topps with my dupes stash. But it had been a long time since anyone needed any of those cards.

I still have a smaller box full of some '06 Topps doubles ... for emergency purposes.

So, basically, whatever the woman who bought the box planned for it, I hope it wasn't for selling. There's always a part of me that hopes it goes to a real collector. Unfortunately, I couldn't ask because she bought it when I was sleeping (those garage sale people get up crazy early).

Holding a garage sale is always ... um, interesting. There is the guy with the parakeet on his shoulder. There are the probable illegal aliens paying in foreign currency. There is the woman telling you about her daughter's boyfriend who moved in and stole all their credit cards. Where else can you get such a well-rounded view of your community?

But in the end, you get cash for your junk, and I can't think of a more exhilarating way to spend an otherwise lazy Saturday (OK, I can, but there are children in the room).

I threw in a few bones for whoever might buy the box -- some '08 Masterpieces dupes, a few early '80s Fleer. If the recipient is a collector, they'll appreciate it.

But in the end, it feels so good to get that giant box out of here. My dupes will now fit in a couple regular-size shoeboxes. I can't wait to see how tidy everything is.

Now, there is the matter of my giant DODGERS dupes box ...

Meanwhile, I see no one congratulated me for completing my 2011 Allen and Ginter set. I guess nobody is impressed with Allen & Ginter anything anymore.

Well, as punishment, you're now going to see the entire set in all its glory ...

Here's the last page that I completed: 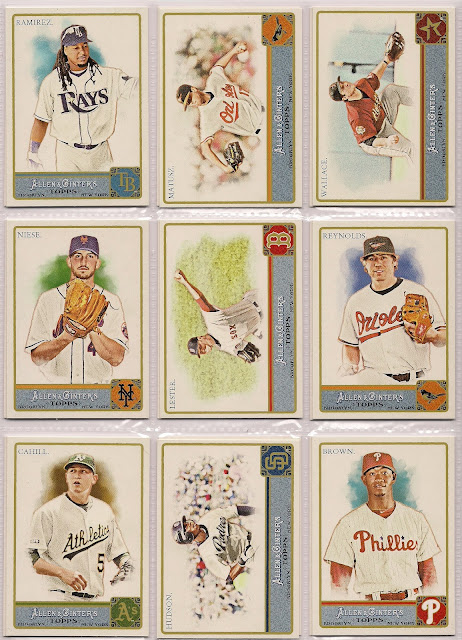 Why, thank you, Night Owl. I think it's pretty terrific, too.

(OK. The Saturday isn't so lazy anymore. My email's been hacked.

Password's being changed. Don't open any email from me that looks spammish.)

Nachos Grande said…
I laughed. Also, I think your email may be hacked/spammed/virused... And yes, congrats on doin' up Ginter in style 4 years running. Hopefully this year's set is better than last year's set was.
June 16, 2012 at 2:54 PM

Commishbob said…
You mean you're NOT endorsing those diet pills your email linked me to?

Spiegel83 said…
Here is a belated congrats for your Ginter completion. If you choose not to build this years set, maybe I will pick up the slack for you. I have never completed a set before.
June 17, 2012 at 12:52 AM

Play at the Plate said…
Belated congratulations...you know I don't comment much once my weekend starts on Friday morning.
June 18, 2012 at 3:27 AM