I love my west coast connections 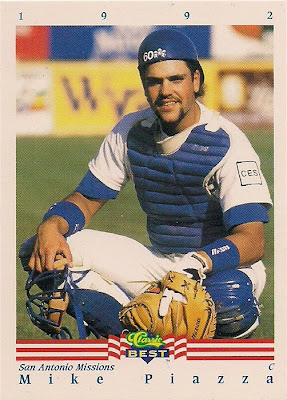 A number of times, bloggers or traders have confused me for a left coaster. They know I'm a Dodger fan and automatically assume I live in Southern California.

Of course, I don't. I live far, far away from sun and warmth (but it's 81 degrees as I write this). I'm actually on the east coast and have been all my life. I don't necessarily subscribe to the belief that just because you live close to a team, that it must be your favorite. In some cases that makes sense, in other cases, it's just not thinking for yourself.

But it's true, there are A LOT of Dodger fans 3,000 miles away from me. And unless I want to keep suffering, listening to Michael Kay and pretending to like it, I better connect with them. And I have.

Thanks to them, I actually have some Dodger items that can only be found or obtained in the greater Los Angeles area. And there is nothing more fantastic than that.

Recently, steelehere bestowed upon me a package full of Dodger memorabilia, much of which I'd never be able to find for myself. You could gag a herd of horses with the amount of pinstripes that exist around here.

This was full of great stuff, including one item that I'm saving until last -- a warning for all you lazy people who don't want to read about my good fortune. (If you haven't read to this point, then even I can't help you).

But before I get to the So. Cal-specific stuff, here are a few cool cards that came from the same package, including that Mike Piazza card of him in a San Antonio Missions uniform. Terrific. 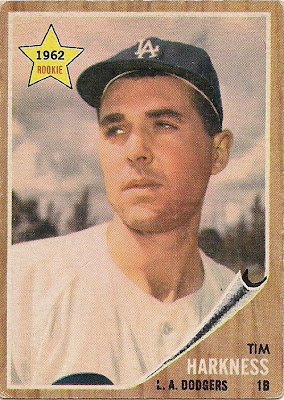 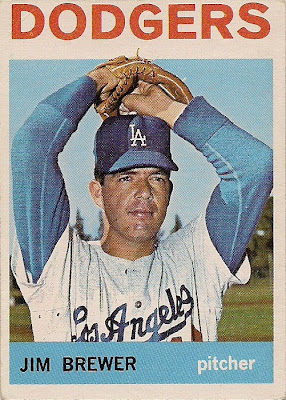 A 1964 high number of the original L.A. closer, Jim Brewer. The cartoon on the back isn't even scratched off.

Some 1978 Hostess Dodgers in various states of disarray. I kind of randomly assembled them on the scanner to continue the theme. 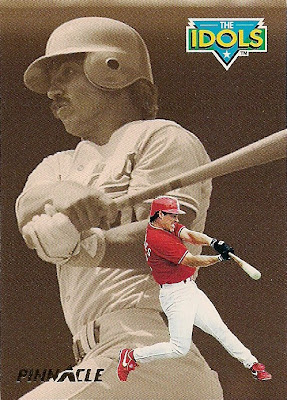 OK, we've reached the Ron Cey portion of the post. There was a lot of good Cey stuff. I've wanted this card for a long time -- it's crazy how long it took to arrive in my hands. I've gained new respect for Gregg Jefferies (he WAS a Met, you know) because of this card.

A Ron Cey stamp! I don't know what these are from -- but I hope Cey's shoulder is all right. He probably wore it out propping up to the two other clowns on the strip (and yes, I know Al Williams was a guerrilla fighter).

Just too much fantastic to process.

I love all incarnations of the round baseball cards from the '70s. These are from Zip'z, an ice cream place that I guess you can find all over, but not in New York state, apparently. You can see that Cey has been enjoying a chocolate treat for lo, these many years. 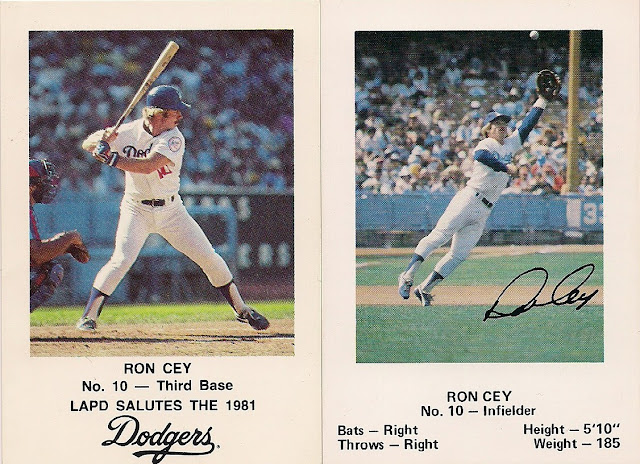 Here we have some Ron Cey Police cards, which are probably the most common example of Dodger Cards You Can't Find Anywhere Else. 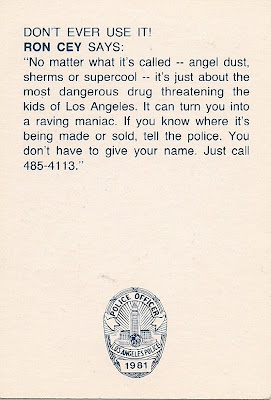 The 1980 versions put words into each player's mouth. Either that or my hero Ron knows a little too much about drugs on the street. 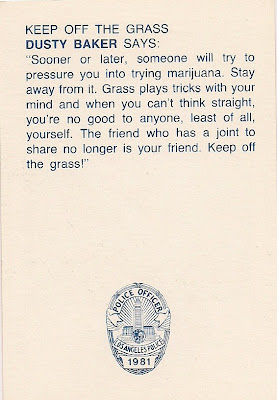 Dusty Baker has repeatedly denied any connection to drugs despite his name being lumped in with the 1985 baseball cocaine trials, and undergoing drug testing. Maybe he should have just brought this card to MLB as evidence. 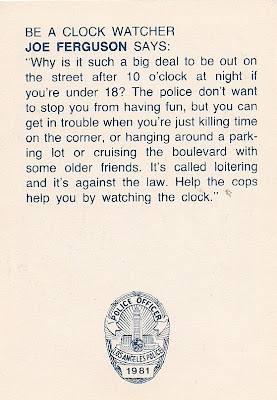 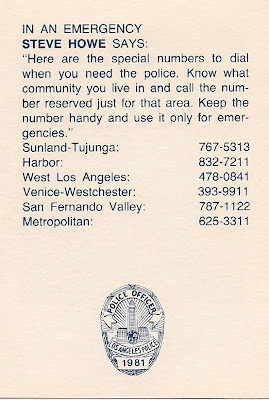 This card is funny at first, and then sad. 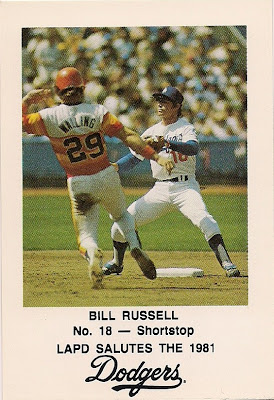 This is how I remember baseball, the Dodgers, Dodger Stadium and the Astros at the peak of their existence, meaning when I was 15 years old. 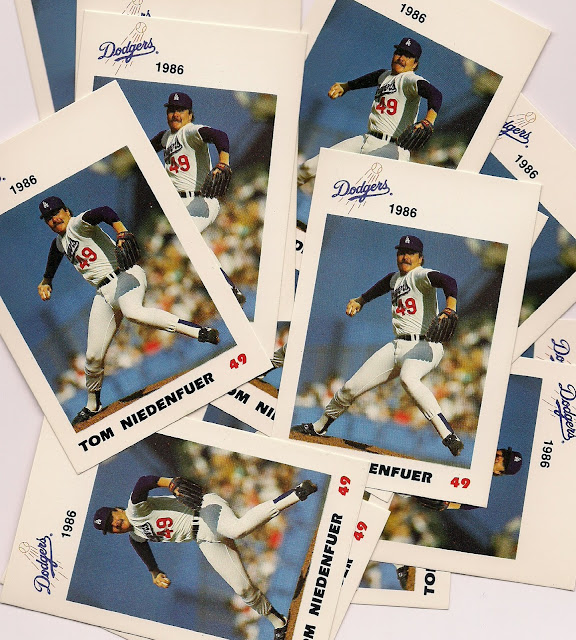 FOURTEEN 1986 Tom Niedenfuer LAPD cards. I been bipped by tha police. This photo reminds me of a nightmare I had around late October 1985. They probably couldn't give away these things fast enough in '86. 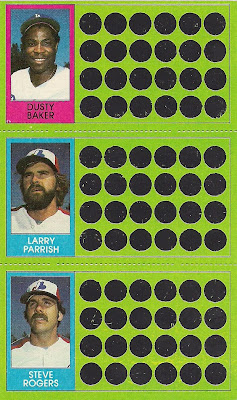 Let's move on to more oddball stuff. These are some 1981 Topps scratch-offs with Baker slumming with some Expos. 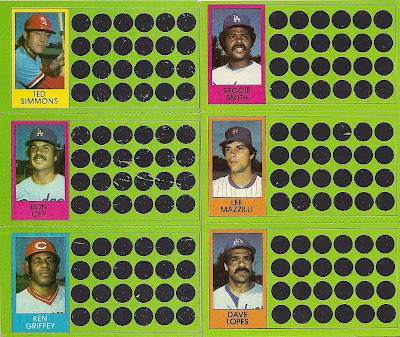 A few more. Cey and the gang. Everyone else is outnumbered. 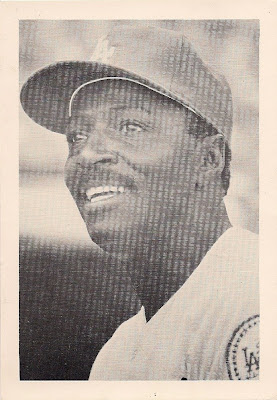 I don't know what this is -- that's why I have you guys here. It's a mid-60s photo of Lou Johnson. Perhaps a team issue? Pretty cool. (EDIT: It's not mid-60s, obviously, I don't know what I was thinking)

Proof that lots of people are bigger pack rats than I. I've never thought to save one of these old Gillette All-Star ballots. You can see this was never punched-out. One less vote for The Penguin!!!! (Actually, I'm told it was part of an aborted attempt at ballot-stuffing). 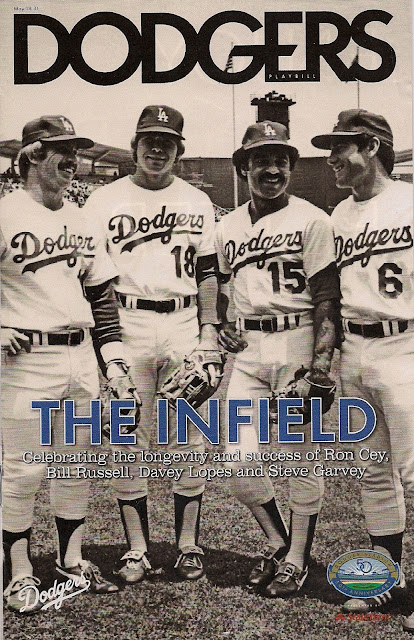 OK, now we're approaching the end. And this is a hint of what's at the end. It's a program that was issued recently in celebration of "The Infield" -- Cey, Russell, Lopes and Garvey -- who were together for almost nine years.

Apparently, my west coast bud was at the game in which they gave out the program. He was there with his wife, a friend and his wife. All of them got a bobblehead -- well, FOUR bobbleheads to be exact.

The wives didn't want their bobblehead (wives are weird). 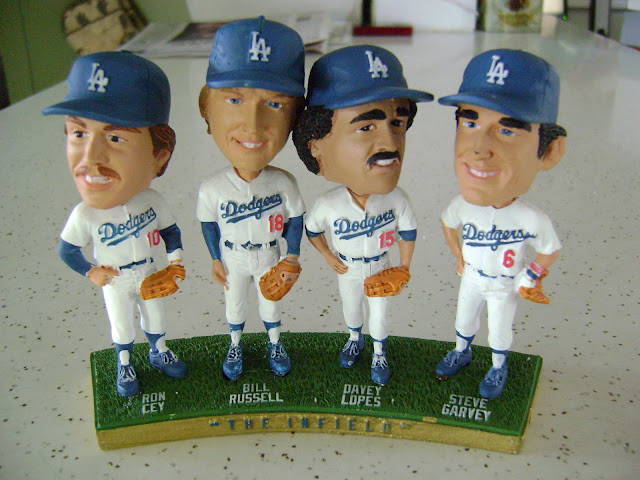 It now be mine.


This is the most awesome bobblehead ever made. My wife really got a kick out of this, too.

And that's what you can get if you know the right people in California.

But make sure it's the RIGHT people.

My brother lives in California. He married a Giants fan.

He was always a little different.

jacobmrley said…
Wow! There is some great oddball stuff in there. I still remember those 1981 scratch off thingys. I was 6 at the time, but I vividly remember sitting in my childhood living room playing with them. I have a few in my collection now. Needless to say, I also love those Hostess cards in all their kid scissored glory. And finally, how did I never see that Jefferies-Cey card before. I must own one. Must must must.
June 19, 2012 at 8:33 PM

Chris Stufflestreet said…
Who else thinks it's funny to have a guy who steps out into the outfield every day warning kids to "Keep off the grass?"
June 19, 2012 at 9:12 PM

Don said…
I think the stamp is from the 1982 Fleer stamps set. Just going on memory for that one.

Play at the Plate said…
I desperately want to know if Cey got that ball on the police card. It's a great shot of a bird who can't fly not getting very far off the ground. I knew you weren't a left coaster, but I think the amazing thing is your an east coast media person without the east coast bias. Now that's impressive. The blog's pretty nice too.
June 20, 2012 at 1:06 AM

Commishbob said…
Those polka dot scratch-offs. Ugh, I had boatloads of them.