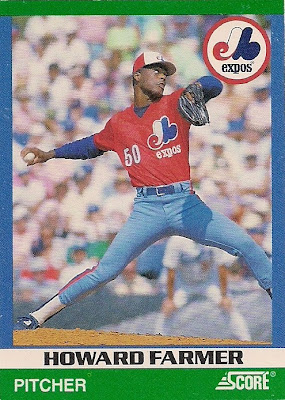 This is one of my favorite Expos cards. It's not because there is a Dodger in the background or because I have farmers in my background. It's because Farmer is wearing a red Expos jersey in game action.

The red Expos jersey was fantastic, but about the only time you saw it on baseball cards was on a posed shot, during batting practice, with the player grinning goofy-like. There aren't a lot of action photos of Expos in red jerseys -- or at least I don't have many in my collection.

Some time ago, either on my blog or another blog -- I don't know, I read so many -- I could have sworn that someone left a comment that said something like, "I don't remember those red Expos jerseys!!!!!!!"

And my instant reaction was, "you are so young, son."

I filed the comment away, and when post ideas were low, I decided to fish out some other Expos red jerseys photos. But I had to stop, because it just got out of hand. 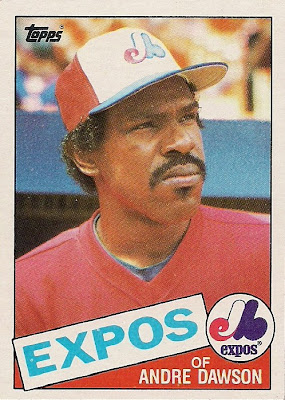 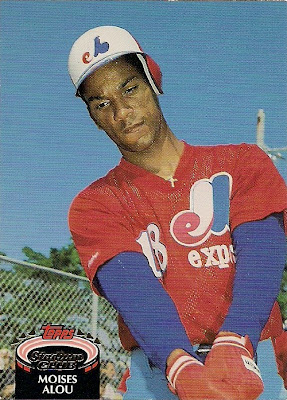 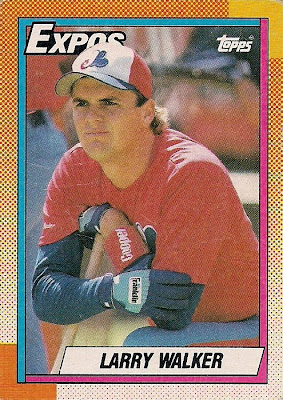 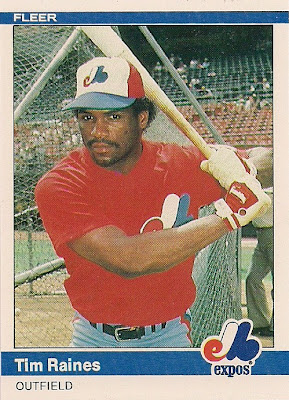 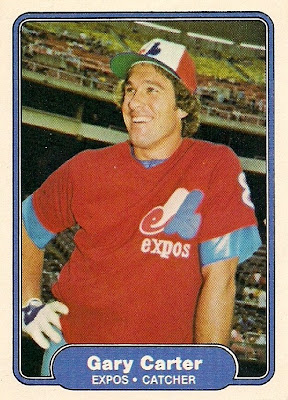 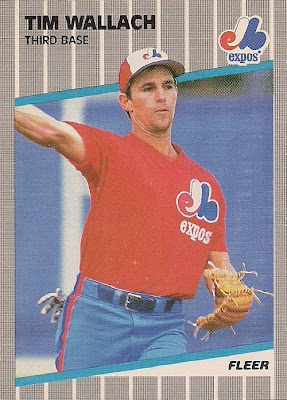 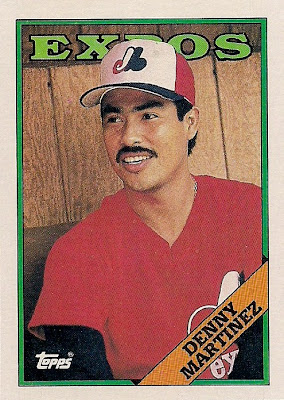 Red On Some Card Or Another.

So I started to wonder if I didn't remember correctly what the commenter said. Is it possible he missed all those Expos stars wearing red? 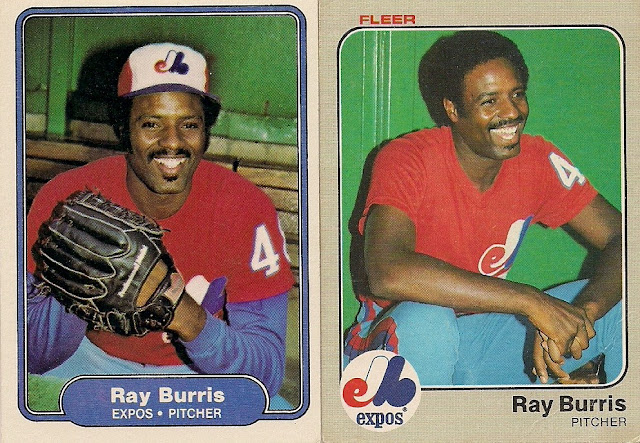 I found a duo of Ray Burrises, really pleased to be wearing red.

I found a trifecta of red jerseys from '84 Donruss. 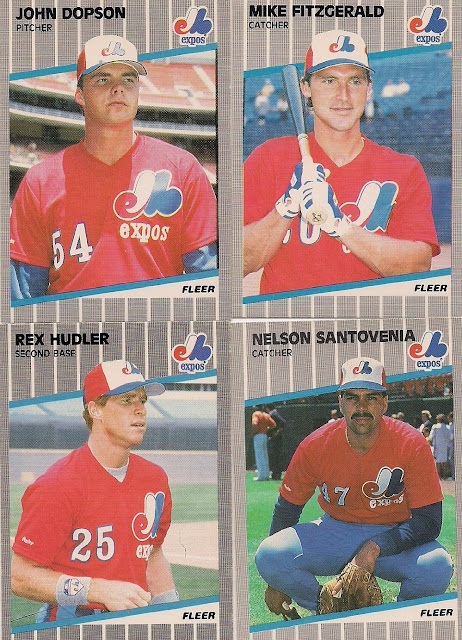 I found a quartet of red jerseys from '89 Fleer.

(OK, one is from '83 Donruss. Nobody is ever going to be able to tell the difference).

I had to stop. There were just too many red jerseys.

Was it possible that this person had missed all this red? Were they color blind? Fans of the American League? Amish?

Not only were there so many photos of Expos wearing red practice jerseys, but the vast majority of them were featured during the heart of the junk wax era. Just about every junk wax set has an Expo wearing red.

And that perplexed me even more.

How could anyone miss that?

Maybe my brain is just too feeble and it's incapable of retaining information anymore. Maybe I went through all this research for nothing.

And then I thought:

"Maybe the person did comment that he didn't remember the Expos wearing red jerseys, and he really doesn't remember, because unlike people who waste a bunch of time digging useless cards out of their collection and then writing about them, he has a JOB, and a LIFE, and he can't spend VALUABLE TIME REMEMBERING WHAT JERSEYS SOME TEAM THAT DOESN'T EVEN EXIST ANYMORE WORE 20 YEARS AGO!!!!!" 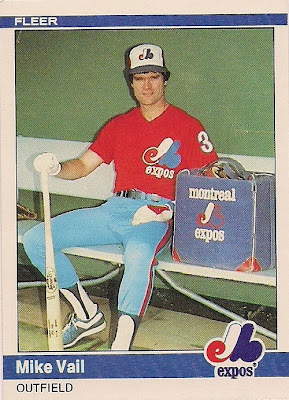 I think I need to sit down.

Nick said…
I have to admit that I never remembered seeing a red Expos uniform before I picked up the '82 Fleer Gary Carter you showed at the local flea market.

My exact words were, "What the heck is that?"

I didn't grow up with the Expos, though. I'm used to the Nationals, as odd as it seems.

John Bateman said…
How dare you say no one can tell the difference between 1982 and 1983 Donruss.

An awesome - original post. You make me look at baseball cards in new refreshing way.

night owl said…
It's a "Rising Stars" card. I could never tell the difference between Score's Rising Stars and Young Superstars sets.
June 26, 2012 at 9:17 PM

Play at the Plate said…
Who are the Expos?

Anonymous said…
I too have long been a huge fan of the red expos jersey. A Tim Wallach red jersey is my white whale of collecting.

On my Wallach site, I tag all the post of cards featuring the red jersey.

Steve78 said…
At least for the Farmer card, that photo had to have been taken in spring training. He only appeared in six major league games and none of them were against the Dodgers.