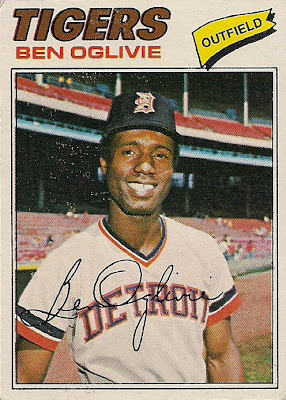 I hope this is the last time I write about my medical issues on this blog. For those of you who groan with the realization that you're about to read about people's doctor visits, I assure you, there will be cards in this post. Don't worry, this won't hurt a bit.

Regular readers here may know I was diagnosed with Type 2 diabetes three months ago and was pretty devastated by the news, as someone who had been in relatively good health for a number of years.

Since then, I have wandered around in a haze, receiving an abundance of information from a variety of sources, realizing I can't possibly process all of the information, recognizing that some of it was making me crazy, and settling on a plan that worked for me.

Diabetes is an overwhelming disease, and I'm convinced its most effective weapon is confusion.

Fortunately, according to my nutritionist, I have cut through the confusion in record time.

I received the results of my A1C test today. According to the test, I do not have diabetes.

This happened in three months, which my nutritionist says is "phenomenal." My doctor hadn't seen the results of the test when I saw her, but she apparently was so impressed with what I was doing she doesn't want to see me for six months.

So, what have I been doing?

I'm only writing this because it's a little different from the norm.

They gave me diabetes medication. I didn't take it. It's sitting unopened in the medicine cabinet.

I was raised to use natural remedies before relying on pills. I decided to give it a shot. If it didn't work, I'd take the medication. So I rehauled my diet. Carbohydrates slashed. Sugar almost eliminated. Portion size downsized. I started an exercise plan. It's really nothing intense, pretty basic -- as I am not an exercise freak. I added a bunch of supplements with names that make my doctor's eyes glaze over. But with the combination of diet, exercise and supplements, I dropped weight easily.

It got so easy that it got a little scary for awhile, both for me and my caretakers. But then the weight leveled off and everyone is in high-five mode. I weigh as much as I did in high school. The looks and questions I've received at work or from others that know me are priceless -- and kind of annoying for someone who doesn't like the public attention. But I realized that people are so lost when it comes to their diets that when they see someone who's lost weight, it's like a miracle to them.

It's not a miracle. It's simple. Get through the first month or two, and you're golden.

I realize that I'll have to deal with this for the rest of my life, and I may have to change things in years to come. Diabetes is a progressive disease. But as the nutritionist says, a huge percentage of us will get diabetes at some point or another if we gain weight or don't watch what we eat. So why not start now? She says I've figured out something in three months that's taken some of her other patients years to figure out. That makes me feel good.

OK, I've written way too long about this, and I promised cards.

Up top, you noticed that Ben Oglivie was very happy for my news.

Here are all of his friends: 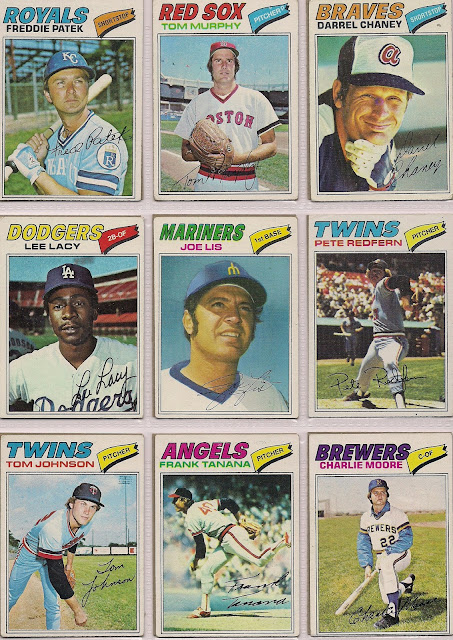 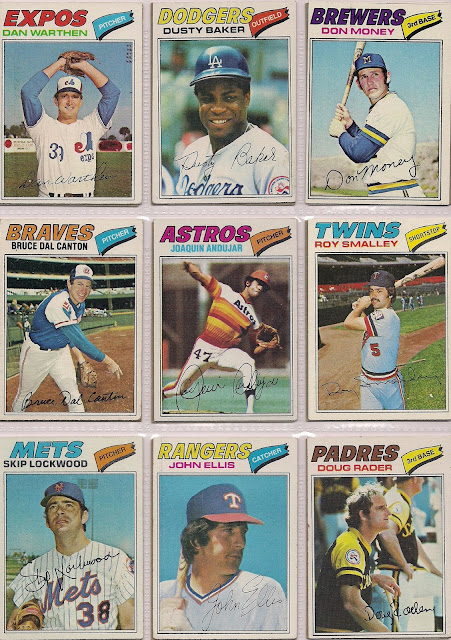 Most of them are happy to hear I'm doing well, too, although Skip Lockwood seems to want to mull the news over. But he makes up for Chaney, who's a little TOO happy.

All of these cards arrived from Robert of $30 a Week Habit. Robert is the first person to take advantage of my new 1977 Topps want list. And as a thank you, there is a trade package destined for him and ready to be sent tomorrow. 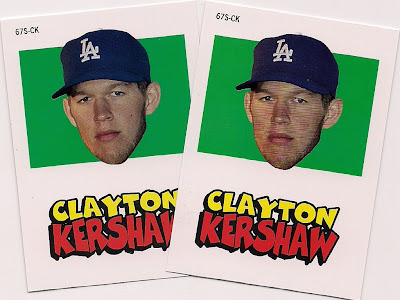 Here are two goofy bodyless Kershaws. Now if my news didn't make you smile, these certainly did. Even with all the floating heads floating around lately, they're still a hoot.

One of these came from Chris at Nachos Grande, who is constantly pulling Kershaw items. The other is from Brian at Play at the Plate. 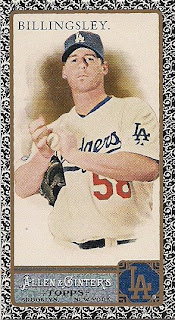 Another Play at the Plate card, just in time for Allen & Ginter season. Billingsley isn't smiling at my news, probably because he's still trying to figure out what a release point is.

My fear with ol' Chad is that he will be dealt to the Royals or Twins and suddenly figure out what he hasn't been able to figure out for six years and became absolutely dominating. But I don't know if I can stand watching the guy stuck in neutral year after year anymore.

What a strange world. Baseball makes me sad and eating my vegetables makes me happy.

Spankee said…
Great stuff, Night Owl. Glad to hear you've made some great changes and are doing better. You can't beat doing it the natural way!
June 28, 2012 at 8:13 PM

SpastikMooss said…
Congrats, and definitely a (re)eye opening post. I say re because I have a big family history of diabetes and I'm been in "Hey I'm 25 I can still eat whatever the heck I want mode" but that's really not true anymore. This post definitely made me think about taking better care of myself sooner than later.
June 28, 2012 at 8:18 PM

Nick said…
Diabetes runs in my family as well, so it's given me extra incentive to take care of myself now. I dropped a considerable amount of weight during and after high school, something I've always been proud of.

lord knows, Dodger fans are grasping for anything to say the sun is still shining somewhere.

Robert said…
I'm very proud that the cards I sent you are part of a very joyous post!!

Congratulations Greg, a fantastic achievement. Maybe I'll get off my backside and start losing some of the weight that I've been promising myself to lose for quite a while now.
June 28, 2012 at 9:03 PM

In all seriousness, that is a great accomplishment. I have dropped about 30 lbs but still have a ways to go, very inspirational.
June 28, 2012 at 9:39 PM

runfore!kelloggs baseball cards said…
Great job. It's great that you took the ownership of your training and diet. Maybe your great writing on the topic will inspire others. Keep writing about it. We all need constant reminders about our health.

I kinda know how you feel. A few years ago my dad was diagnosed with Meniere’s disease. Most people haven't heard of it but it can be pretty debilitating. It causes severe hearing loss and veritgo (you also get nausea and vomiting from the vertigo). With diabetes you have to monitor sugar with Meniere's you have to monitor salt intake. (try cutting all salt out of a diet and see how easy that is) He went about a year now without any vertigo and was told about two weeks ago that he didn't have it anymore. Only 1 in 10,000 people get it and only a tiny percentage of them ever beat it.

Nachos Grande said…
Always good to hear (read) good news! I'm with you in that sometimes you can do yourself plenty of good without resorting to lots of medications!
June 28, 2012 at 11:30 PM

The Big Kahuna said…
That is very good to hear as it's a very powerful positive news/health shot! Diabetes runs strong on the female side of my family and I have had my levels checked every once in a while just to be on the safe side as well as a precaution. I have seen the damage that diabetes can do working as a medical professional and losing my mother seven months ago to diabetes. I am very happy for you Greg!
June 29, 2012 at 12:29 AM

Play at the Plate said…
The cards are nice, but the news is great! Congrats on making those changes and sticking to them.
June 29, 2012 at 12:39 AM

Sooz said…
Congrats! I like good news so I don't mind reading about good things happening to others.

BASEBALL DAD said…
Congrats and keep up the good work ! I developed type II about three years ago but it's under control through diet, exercise and drugs. A little tougher at my age, I will work hard also, I refuse to go on insulin shots. Don't like needles !
June 30, 2012 at 9:50 PM