Just a reminder of what dads can do

That's my No. 1 request for today. Don't bother me.

Today, I plan to eat. I plan to sleep. I plan to watch baseball. I would like to get through the day without doing anything else. That would be a terrific Father's Day.

Because, you see, dads spend just about every other day of the year being bothered. I know I do.

Here are just some of the things that bother me:

My job, my health, my folks, my neighbors, my boss, my computer, my computer at work, my taxes, my house, my car, my other car, my driveway, my garage, my dog, my inability to get anything done no matter how hard I try

A few other things that bother me:

The 48 million passwords I must have because there are lowlifes in Indonesia trying to plot how they can screw up your life.

Cell phones. Politics. Right vs. Left. Those plastic, shrink-wrapped containers that seal up cheese and lunch meat that are impossible to open. The number of people with flame tattoos walking around Walmart at 9 p.m. on a Saturday.

Four-way stop signs. ESPN. Baseball on ESPN. People who lean on their shopping carts and steer in the grocery store. People who stop and talk when it's obvious there are 75 moving people directly behind them. Parents of high school athletes. People who think a newspaper's job is to publicize their event/cause/significant other/most precious child in the universe.

Car breakdowns. Flat tires. Terminations. Bullies. Mean girls. Assholes. Cruel people. Those who only find joy in pointing out others' mistakes or what they know. Those who find it difficult to be nice. War. Pestilence. Selling people into slavery (climb that mountain, R.A. Dickey!).

Convoluted instructions for building or fixing ANYTHING. Unreliable contractors. People who say they'll do it and don't. Scammers. Spammers. Flim-flammers.

People who tie their dogs up in the backyard and let them bark between the hours of 9 a.m. and noon.

It is in this atmosphere that I am raising someone who I hope will become a well-rounded, well-adjusted, happy adult.

It is amazing that anybody does it.

I'm not sure what kind of people they are, but the Dodgers happen to have six players on their 40-man roster whose fathers raised them to play major league baseball.

I find that stunning.

I know there are plenty of fathers and sons who have played in the major leagues over the years. It's pretty common if you think about it. Major League Baseball requires very specific, high-level skills. So if one person is able to do it, the chances are good that the genes they pass on to their offspring will have the potential to produce those same talents.

But six on one team? Maybe this is the secret to why the Dodgers are still in first place and still have the best record in baseball.

Here are the six: 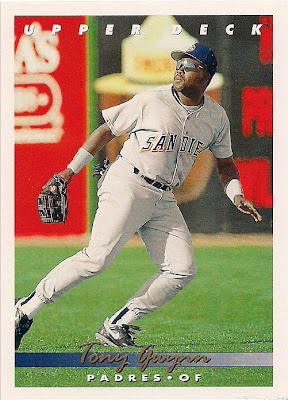 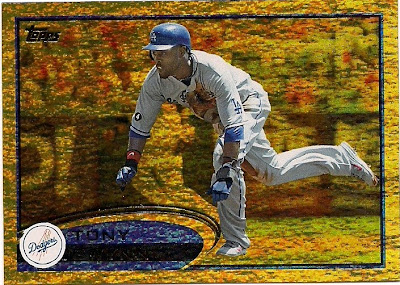 Of course. You knew that one. 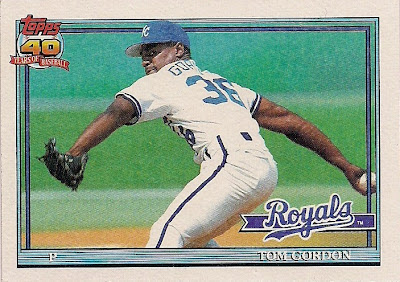 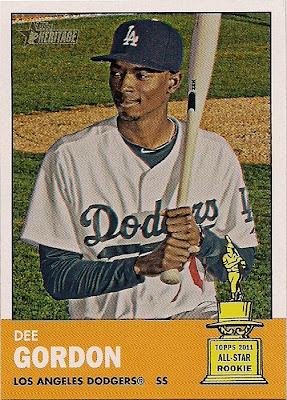 A wonderful example of doing the right thing on Tom's part. 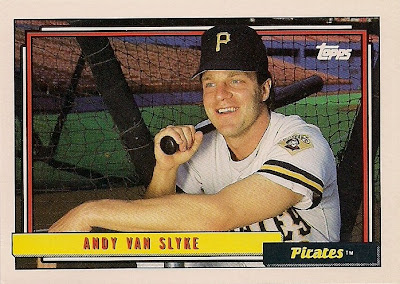 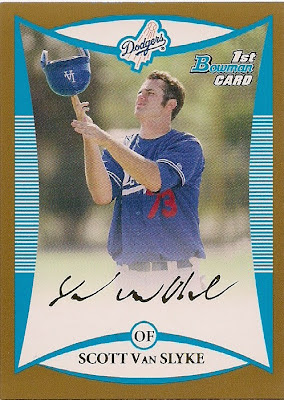 I have a feeling baseball skill wasn't the only thing Scott inherited from Andy. 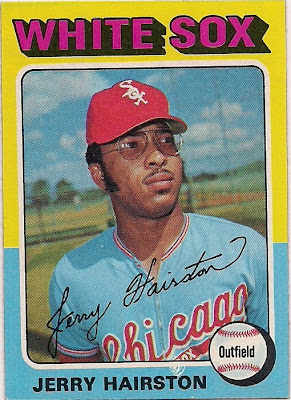 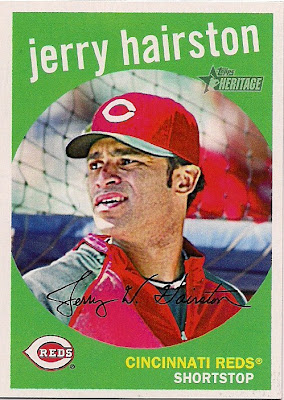 (I still need that Hairston 2012 Heritage card. I'll bet it goes on the Nebulous 9 soon).

I have a hunch there will be a Hairston playing in the major leagues for the rest of time. 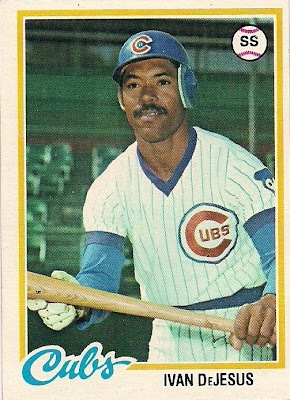 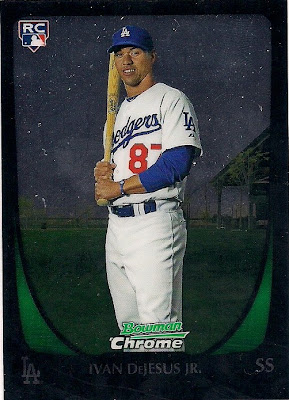 I remember being broken up when the Dodgers traded Ivan Sr. to the Cubs. 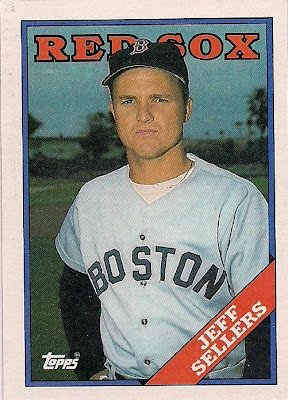 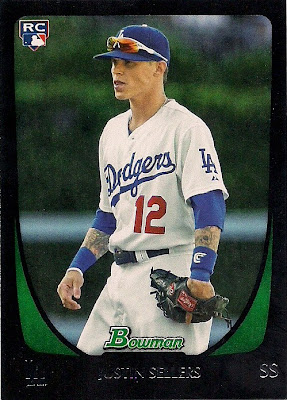 Bet some of you didn't know this one. I barely knew it.

And those are the six.

I think these guys would make a nice six-card subset in a certain 2013 set next year.

It could be named "Against All Odds" or something like that.

Because even though they had the right genes, there was still a lot that had to go right for son to match father as a major league baseball player. It's pretty impressive even if it seems logical.

And it probably all began with dad taking son to a baseball game, or playing catch, or coaching his Little League team. (But not pestering the local periodical to RECOGNIZE his kid).

Even though the car needed fixing, or he just got cut off in traffic, or his retirement savings just tanked again, or the insurance won't pay for that doctor visit, or he just saw a terrible story on the news the other day, or that jerky kid is hiding his daughter's school books again, dad found a way to get his son all the way to the major leagues.

I'm not in the major leagues. But I've done a lot better than my 15-year-old self ever thought I would do.

I owe a lot of that to my dad -- who probably didn't want to be bothered half the time -- but did what needed to be done anyway.

I try to do the same, when I go to my daughter's concert, or rearrange my days off, or refrain from beating the snot out of someone who really, REALLY deserves it.

A lot of those times, I would rather just not be bothered. I'd rather lay on the couch like too many people do and watch TV and never open the curtains.

But I press on. Like dad did and still does.

He doesn't want to be bothered. But he'll do it.

I don't want to be bothered. But I'll do it.

I'm not doing it.

Get that damn lettuce out of my face. I ain't no rabbit.

BASEBALL DAD said…
From one Dad to another, Happy Father's Day !

FISHLEGBOOTS said…
"People who lean on their shopping carts and steer in the grocery store."

Also I never realized Dee Gordon was Tom Gordon's son, or the whole backstory there. I once picked up a "Devaris Strange-Gordon" card because the name was kinda funny to me. Knowing the backstory now it all makes a lot more sense...good on Tom for doing the right thing but man that's a sad story otherwise.
June 18, 2012 at 2:19 AM