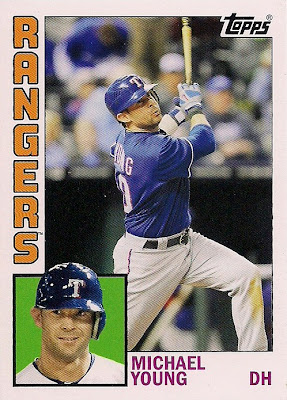 This Wednesday, I will have been on Twitter for a year. It's gone a little better than the first time I was there. I think I've adjusted to the weirdness that is, and I've learned not to expect too much out of it. For me, the benefits outweigh the annoyances.

But I'll be clear, if there is one thing that Twitter outlines over and over again, possibly even more than regular life does, it is this: "I don't get people."

Twitter is filled with strange stuff: people saying harmful and shocking things just for the sake of doing so, people getting their panties bunched over the most pointless happenings. Twitter is life without a filter and that is still odd to me, but I have adjusted.

But what I don't think I will ever get used to is the endless, endless, endless criticism tweets that come from certain very prominent fan sites. I try to follow the Twitter accounts of some team blogs because other fans do, they're popular, and I like to stay informed. But a lot of times I have to stop following them because I. Just. Can't. Take. It. Anymore.

Every decision the Dodgers make is met with derision. Whether it's the front office or the manager's office or what a player did on the field. And it's tweet after tweet of "what just happened" and "WTF" and "worst thing ever."

(Conversely, I find it difficult to follow my fellow Dodger fans who tweet nothing but play-by-play and "Yay!" I agree with you, wholeheartedly. But I need a little substance).

But I don't do that a lot because I like my team and I actually want the personnel and strategic decisions of my team to -- here's a thought -- work. Criticizing them instantly doesn't exactly help my faith in the organization or my ability to root positively for my team.

So, the Dodgers acquired Michael Young late last night and the usual people have already launched into "worst thing ever" mode even though the thrice-dealt prospect surrendered for Young is a 24-year-old guy who was only good enough to extract John Ely the last time he was traded.

I am also a little leery because I know that this is going to cause the usual people to babble about how Young is a character guy, how he's a tremendous leader and all that rah-rah team nonsense that infests college football on a game-by-game basis. But these same announcers (*ahem* Harold Reynolds) are going to do that regardless about someone else.

I refuse to automatically dismiss this deal. Why? Because the Dodgers are 11.5 games up after going on one of the greatest streaks in the history of the franchise! Shouldn't I be able to enjoy my team when it's doing so well? Can't I just be happy and not worry about every little move? Do I have to flip out over every step on the way? What's that say about me if I have an ulcer when my team has the second-best record in baseball?

I know part of being a fan to is to fret about everything. But really, with the way the players have performed this year, it's pretty obvious that someone has done something right. You can't play at such a high level in spite of the GM and the manager every single day. This isn't magical happenstance. Somebody had to do something correctly.

I'd rather just enjoy the ride than constantly chew my nails for fear that the addition of one person is going to cause everything to implode. The Dodgers are in first place!!! Enjoy!

I am going to enjoy the season.

If Michael Young pulls the whole thing down all by himself -- which is what I gather that people are freaking out over, because whining about anything else would be stupid --  then the Dodgers didn't deserve it anyway.

And if you want me to follow you on Twitter regularly -- not that you would -- try not be hypercritical all the time. Because that just makes me wonder what your mama did to you.

Play at the Plate said…
Am I one of the usual people? I don't know enough about the Dodgers to know what kind of locker room they have, but if anyone can be a positive role model for Puig it's Michael Young. I know Michael was a little bitter with the way he was ushered out of Texas, but he's a Ranger great and will always be one of my favorites. I'm glad to see him in Dodger land. I wouldn't want to see any of my favorite players in Philly.
September 1, 2013 at 10:13 PM

steelehere said…
Here's my two cents on the Michael Young deal (and the Edison Volquez signing as well).

Teams are allowed to tweak their rosters after the NLDS and the NLCS. If a starting pitcher or a position player were somehow to get injured the Dodgers now have a serviceable player to fill in.
September 2, 2013 at 12:56 AM

Anonymous said…
It's something of a relief for me to read this, because I recently was reading an article about the Mets on a website related to a Metro NY newspaper, and then I made the mistake of reading the comments on that article. The amount of venom out there... granted, it was largely one person who was either trolling or needs a strong laxative, but even so... Come on, people, it's the METS. You knew what you were getting into when you signed on.

Anyway, my main point is that it's nice to know it's not specific to the Mets, and I'll never again make the mistake of reading the comments on that website.
September 2, 2013 at 8:09 AM

Cardhobbyist said…
There are fans like that for every team out there. As a Braves fan on twitter that follows other fans of the team, you would swear that the Braves are 53-83 instead of the other way around because of the incessant bashing of Fredi Gonzalez, Frank Wren, and some the players. Fans will always find something to complain about.
September 2, 2013 at 8:12 AM

Swing And A Pop-up said…
After the Red Sox won their first World Series in 86 years, there were still "fans" commenting on how terrible a manager Francona (or "Francoma" as they called him) was.