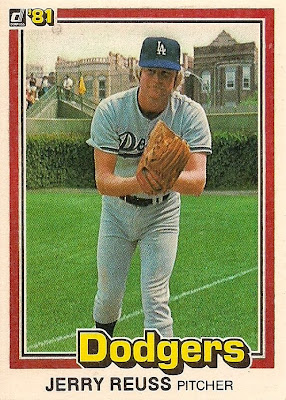 Possibly my most frequent daydream when it comes to baseball cards is gaining unfettered access to someone's attic and finding cards in a box or a cabinet or under the floor boards.

Then I get a poke in the ribs because someone knows what I'm thinking, and I go back to being an adult.

The "attic-as-a-goldmine" thought is so pervasive that the attic is literally my favorite room in the house. In any house. And to those of you who don't have attics, this is my face with pity in my eyes. I'm sure those people who take jobs whose duty it is to buy crap from people's homes have the same feelings that I do. An attic is an untapped resource of riches.

Or at least cards. That's all I care about -- the cards. I'll trample the mink coat and that chair from the House of Tudor if there are cards on the other side of that attic.

Unfortunately, my attic is devoid of cards. I already checked. Within a week of moving into the house.

My folks' attic used to have cards -- they were mine and my brothers' -- but they're all gone. Mine spent only a short time in their attic, when I was at college. My brothers carted theirs off, too. I think they still have some, though they don't collect anymore.

So that leaves me with hoping I go to a house someday and the owner says, "hey, someone told me there might be cards from the early 20th century in the attic. Want to go find them?"

This will never happen, of course. But meanwhile other lucky people are going through their attics and finding cards. Not long ago, AJ from The Lost Collector, returned to his folks' home and grabbed some attic cards and sent some of the Dodgers to me!

I breathed in that wonderful attic smell and took a gander: 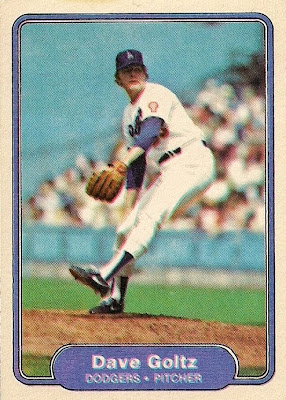 Several of them were from the early 1980s and are in remarkable shape. That means I have to go through and see if I can upgrade. I was in high school at that time and I could be a little less kind to my cards then (AJ and I went to the same high school -- I emerged without becoming a Yankee fan, he wasn't so lucky). 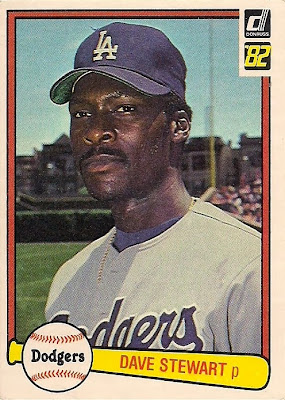 Dave Stewart is really pissed that he was left in an attic all these years. Someone is going to pay. 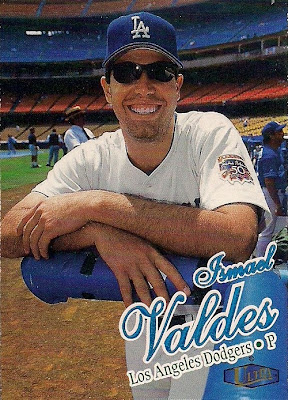 Meanwhile, Ismael Valdes looks a lot happier than I ever did when he was on the mound. 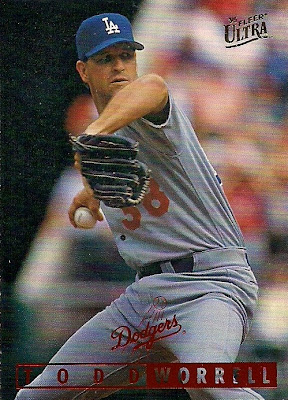 I have so little to say about mid-1990s cards and the players who competed then. When I see these cards, I feel like I need to hire someone who's 15 years younger to write about these things. 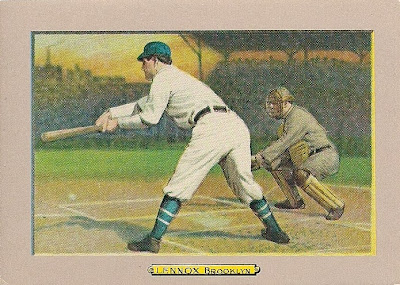 This is another one of those mini-replicas of the 1910-11 Turkey Red set, the ones I lamented about here. I still don't know when these were produced and the ones I got then are still just sitting on a desk waiting to be cataloged and stored. But at least it's out of the attic. I feel compelled to hum "Black Hole Sun" when I see cards like this (like I said, I need a ghost writer for '90s cards). 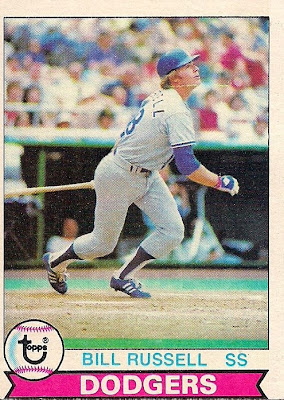 Bill Russell seemed like a screw-up when I was young. That's a horrible thing to say about a successful major leaguer, but nobody had told me to rein in my judgmental streak yet. I wasn't crazy about Russell, but when I saw this card, I was proud that he finally had a cool card. Now if he could only cut down on the errors. 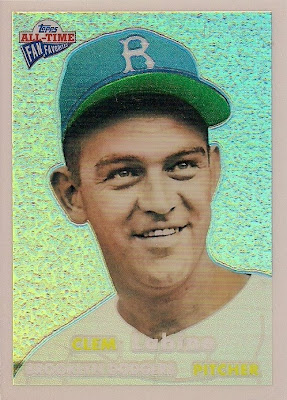 This card is so shiny that you can't read that it's Clem Labine. It's also too shiny for me to believe that it was ever in an attic. The glow from the room would keep the occupants up all night.

So, I'd say that was a very successful venture by AJ into his parents' attic.

And to those of you who haven't gone through your attics yet to see if there are cards, what's stopping you?

Maybe you need someone to go through them for you?

Anonymous said…
I once helped a friend move furniture out of her parents' house, and behind a dresser was a sole, solitary 1980's baseball card that had belonged to her brother. I was told I could have it if I wanted, and I needed it, so I took it. That's as close as I've ever come to an "attic find".
September 21, 2013 at 10:59 PM

Postcards Never Sent said…
The Turkey Reds were reproduced by Renata Galasso in 1982, around the same time they created their replica T206 cards. Dean's Cards has a little write up and the individual cards for sale here: https://www.deanscards.com/c/2129/1911-T3-Turkey-Red-Reprints
September 22, 2013 at 9:46 AM

GCA said…
Other sources I think about are antique shops with oblivious owners who have T205s in a box for a quarter apiece, or a box on the side of the road with someone's neglected vintage collection inside that fell off the moving van. Odds of either are astronomical, but I still look for them.
September 22, 2013 at 8:27 PM

defgav said…
I got excited when I found a few baseball/football cards in a "free box" on the sidewalk a few weeks ago. Just some late 80s junk in poor condition, but it was still kinda exciting nonetheless. I'll usually take a look in such boxes when I pass them, hoping for a card goldmine (or something else cool), and I think that was the first time I actually found cards.
September 23, 2013 at 10:48 AM