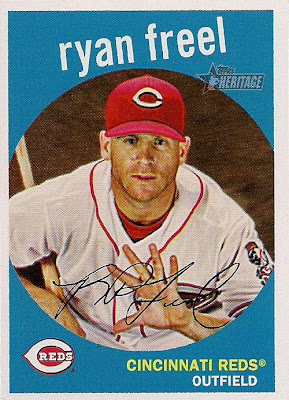 A couple of years ago, I wrote a post about how five years was a long time in the baseball world and how quickly circumstances change.

I'd like to do something similar tonight. But first I'd like to say that five years ago today I began a blog called Night Owl Cards.

This is one of those anniversaries in which the moment seems like a long time ago and just a short time ago all at the same time. When I read some of those posts from the first few months, I wonder how I didn't quit in disgust over my wide-eyed gushing goofiness as I pull back my hand from the "delete blog" button. But also, my enthusiasm for collecting little rectangles of cardboard with baseball pictures on them hasn't faded in the least over these five years.

I expect to keep writing and figuring out new ways -- or regurgitating old ways -- to explore baseball cards. I do have some new topics in mind. I don't anticipate any big changes in content, although I would like to spruce up the way things look around here (if anyone with any experience thinks they could design a different header, let me know. I could pay you in cards).

I'll alter a few things here and there. But I don't plan to post more often or less often. I don't plan to cut down on trades or speed up trades (believe it or not, packages will be mailed in the next couple of days). My main goal isn't to attract more readers or traders, it's to write about baseball cards and maybe learn something new about them along the way.

Basically, for the next year, what you see here tonight is what you're going to get.

Now, let's look at what's happened to some folks in the 2008 Heritage set since the day I started babbling on NOC. Life has been a lot kinder to me and to them than for the sadly departed Ryan Freel. 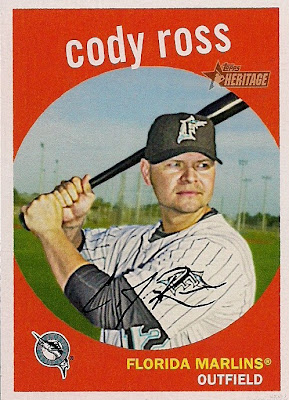 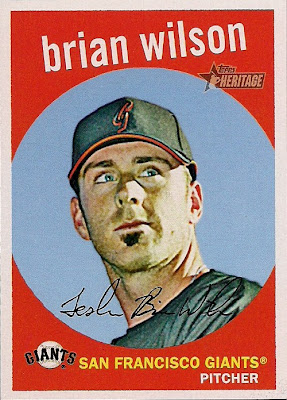 Well, five years ago, Brian Wilson wasn't even on my radar. Because he didn't look like a Sasquatch sighting yet. 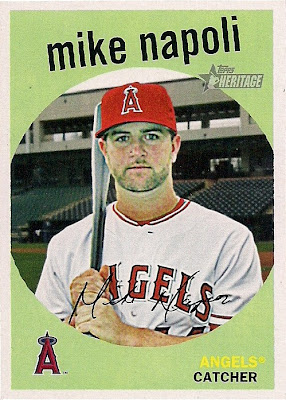 This was Mike Napoli five years ago. Before the economic collapse and global pandemic. 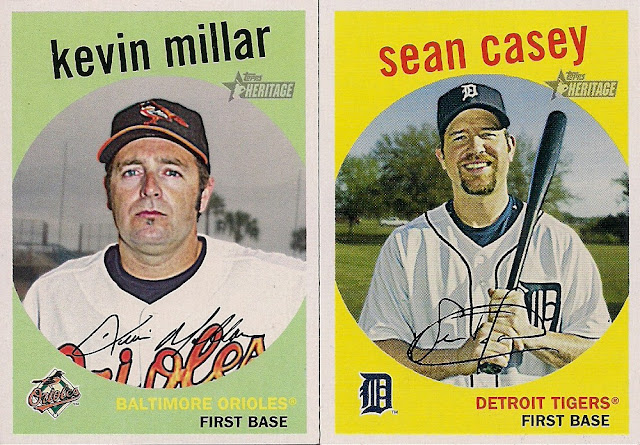 Five years ago, these guys were players and not employed by MLB Network to spout inanity.


But how's this for perspective? 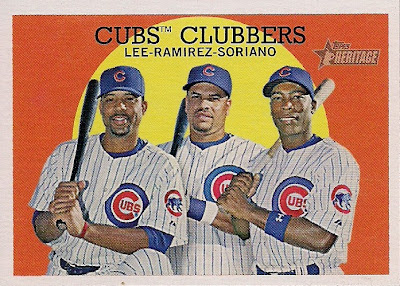 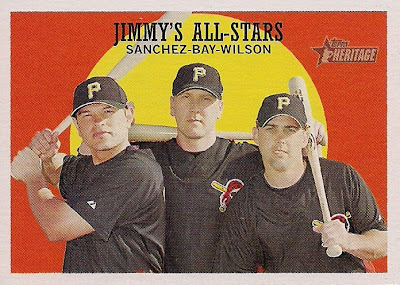 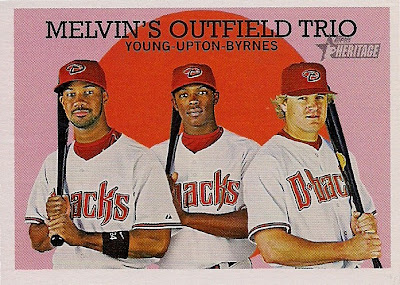 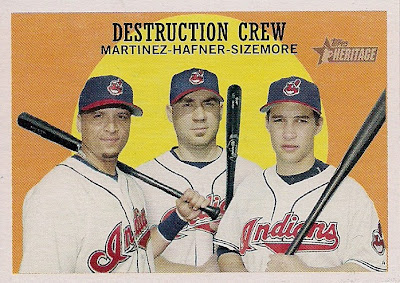 Also, the "Jimmy" and "Melvin" mentioned on the cards are no longer with those teams either. 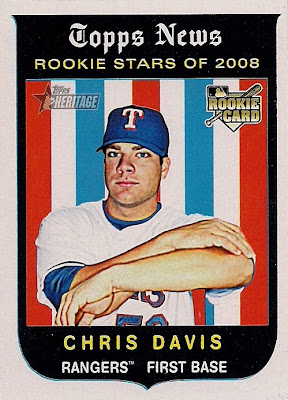 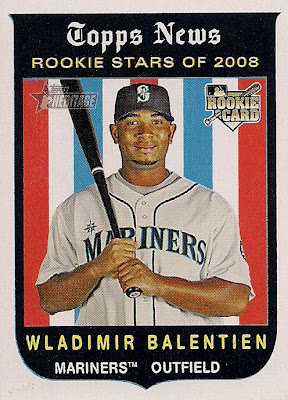 Five years ago, Wladimir Balentien was just a rookie, not the newest home run king of Japan.


And finally, little did these 12 guys know five years ago ... 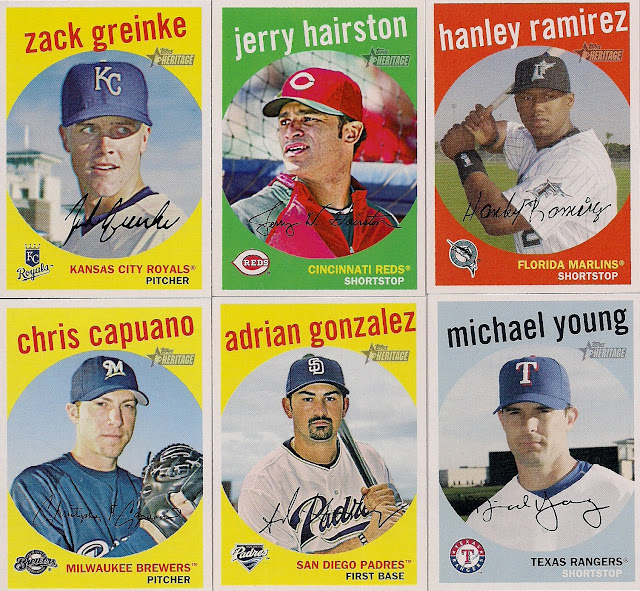 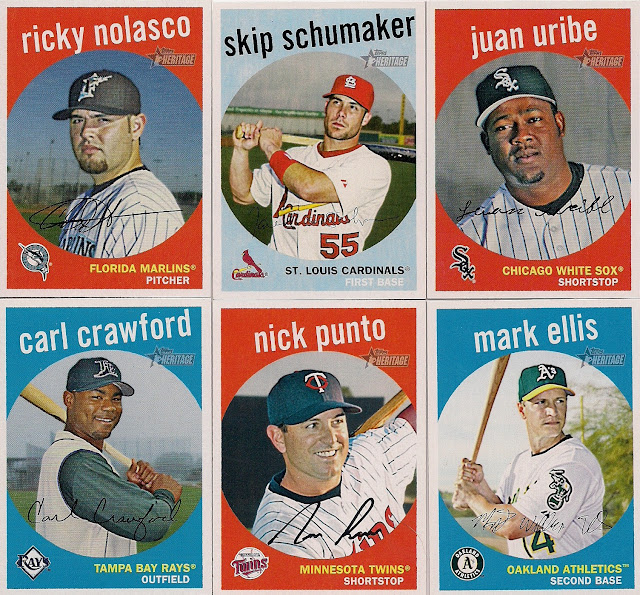 ... that in 2013 they would all be on the same team trying to win the Dodgers their first World Series title in 25 years. (By the way, the Dodgers' magic number is 5).

Also, five years ago, I decided to try to complete a set called 2008 Heritage.

But I've spent a longer time trying to complete a set than five years.

I'm in this hobby for life. There is never a moment where I think "I know that some day I will stop collecting cards." That way of thinking passed quite awhile ago.

Other than that, I can't say what I'll be doing five years from now.

All I can say is what I plan to do.

Five years from now, I plan to be writing Night Owl Cards.

Anonymous said…
Five years ago, Topps created combo cards where they just combined individual photos on to the same card, unlike today where... Oh. Um... Well, congratulations on five years... and thank you for reminding me that I need to put the Chris Davis rookie on my wantlist.
September 13, 2013 at 10:33 PM

Paul Hadsall said…
Congratulations on reaching your 5-year blogging anniversary
September 14, 2013 at 9:57 AM