My audition for "a pack to be named later"

I should have thrown my name into the list of all of the blog's fine contributors a long time ago. But when the blog was being formed and the call was going out for writers, I didn't volunteer. The reason was I didn't think I'd be able to contribute much.

I'm not a football or basketball or "other sports" pack buyer. I am mildly intrigued by some of the non-sports cards, but anytime I consider buying a pack, I think that all I'm doing is taking money away from my true love, baseball cards, and I return the pack to the shelf.

Also, the majority of the packs that I buy come from retail and I'd more than likely be repeating packs that others had already posted. I think "APTBNL" works best when each post is of something that's never appeared on the blog previously.

Still, I've decided to put aside my reservations already and see if Matt F. will have me over at "APTBNL."

In fact, I'll even provide an audition pack break just in case he's not sure I'm up to the task.

Zach of Autographed Cards sent me some unopened packs to open. He said to save them for when I made a trip to my parents. Little did he know that the cards arrived when my parents were in town. So it was a perfect time to relieve a little stress and open some wax.

Three of the packs were junk wax goodies. I'm not going to show those here -- that would surely kill the audition -- but they were 1989 Donruss, 1990 Score and 1991 Upper Deck. Shockingly, two of those three have not been featured on "APTBNL" yet (I'll let you figure out which two).

Instead I'll show a pack of 2007 Upper Deck Future Stars baseball. That's a pack that has never appeared on "APTBNL" either.

This set was panned way back in 2007 on another pack break blog that I hope is still breathing. But I, Night Owl, have never opened this before. So there.

Join me in my self-absorption: 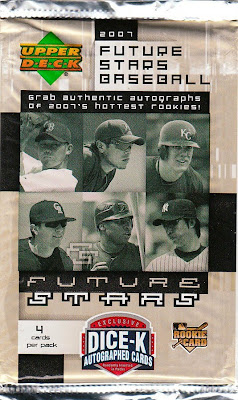 There's the pack. Those were the future stars of 2007. That Kei Igawa turned out pretty good didn't he?

And how did UD get anyone to buy these packs? Four cards per pack? And none of them are chrome? This was a set of mostly veterans, but there were "future stars" seeded every sixth pack, hence the "Future Stars" name and the rookie card logo. As usual, Upper Deck was speaking with forked tongue. And that's working out real well for them today.

OK, here are the thrilling results: 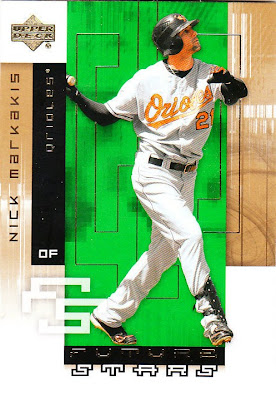 Nick Markakis. I suppose he could have been considered a Future Star in 2007. 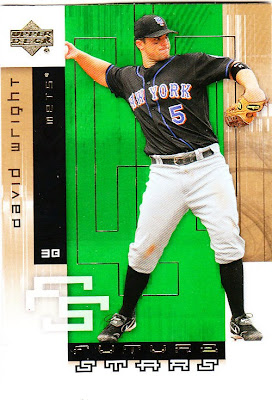 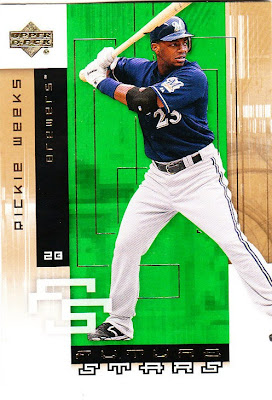 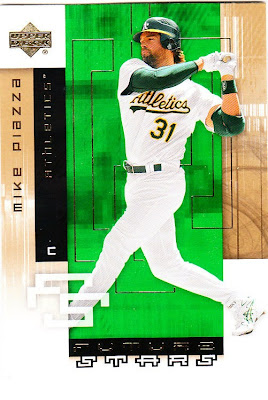 Mike Piazza as an Oakland Athletic, which is just wrong.
Oooooh. That was not a good audition at all.

Matt, please don't judge me on that pack break. I'll do better once I'm on "APTBNL." I swear.

As for the rest of you, after that bit of nastiness, I suppose I should at least show you the best card from the other three junk wax packs. Here they are: 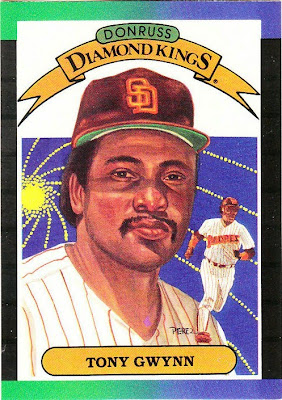 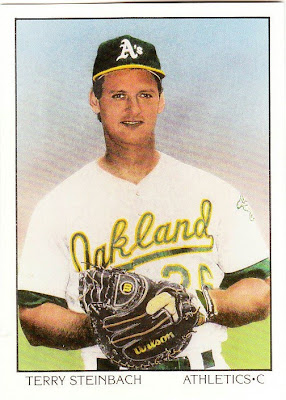 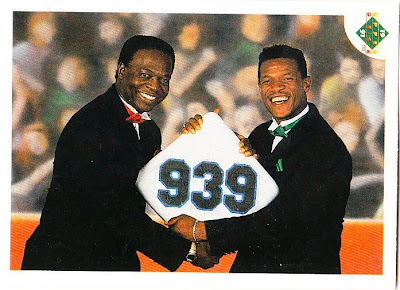 Lou Brock-Rickey Henderson, Stolen Base Leaders. (this was a tough choice. The UD pack also included Nolan Ryan and Mark McGwire).
Well, I liked those a lot better than the Future Stars pack.

All right, Matt, even after that ugliness, what do you say?

I promise I won't be as wordy when I get over there.

BASEBALL DAD said…
You're right, Mike doesn't look good in green.I'm sure Matt will let you in! I still have a few packs I bought last summer at the Nationals to post on there.I did really good when it started but I've gotten kind of lazy.
April 11, 2010 at 10:19 PM

zman40 said…
Last year, I bought a half price blaster of the Futures Stars. I had opened up one before, so I knew it sucked. I just couldn't pass up the half price sale. I got bored halfway through the box and stashed a few packs for a rainy day.
April 11, 2010 at 11:41 PM

Play at the Plate said…
I bought one of those half-priced blasters and IMMEDIATELY had buyers remorse. Even before I opened it. It only got worse with each empty wrapper.
April 13, 2010 at 1:21 AM