The day I gave away a nebulous 9 need 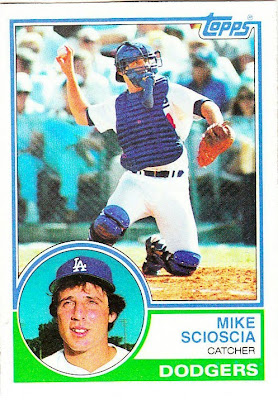 Perhaps you have not grasped the wonderfulness of the prize for the 100,000 hits contest. I am going to track down something nice specifically designed for the winner. I am not offering a random relic of Bobby Crosby as a prize. I am finding something that the winner wants. This isn't a 10-table card show I'm going to either. There are over 100 tables.

Also, I have decided I will find something a little less nice, but nice nonetheless, for the second-place finisher. So, if you want to get in on that, enter!

OK, end of commercial. Time to discuss the last contest that I held.

Back in November, I gave away a couple of random hits -- a Lisa Leslie auto and a Mark Buehrle relic -- in another milestone contest thingy. I also threw in a bunch of early 1980s cards that I purchased at the dollar store. Zach, of Autographed Cards, won the contest. So I shipped the winnings off to Kansas and went on my merry way.

Several months later, I was organizing my Dodger cards. Secure in the knowledge that I own just about all of the Topps base Dodgers from the 1980s (but there are still a few I need), I happily breezed through the 1983 portion of my binder and something made me stop.

I had recently seen an '83 card of Mike Scioscia on some blog somewhere. Horrified, I realized that I didn't have that Scioscia card for my binder! In a panic, I rushed to the Nebulous 9 list and threw it up there as fast as I could. It was a card blogger's cry for help.

A few weeks passed. And then a package arrived in the mail from Zach. In the envelope, among the several cards and unopened packs (I'm saving those for another time) was the Scioscia card. Attached to the card was a note:

"This card was one of the dollar store cards that you threw in when I won the Buehrle and Leslie cards."

WHAT?! I gave away a Nebulous 9 card? What is wrong with me?

Can you imagine what would have happened if I didn't have that Nebulous 9 list up? I could have gone months without that card. It could have been years, decades -- OK, I eventually would have plopped down 25 cents online to finally get the card. But the point is, the Nebulous 9 works. And collectors are looking out for me. Thanks, Zach.

Zach also searched my want list and came up with a few other Dodger cards. Here are some of them: 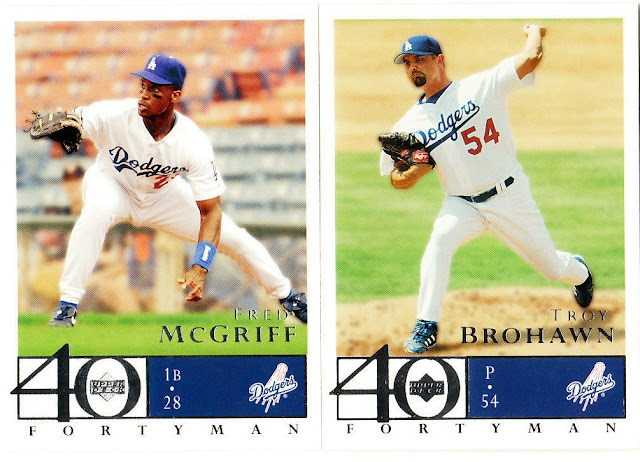 A couple of my many needs from UD's Forty Man set from a few years back. This is a nice set. But I have no idea who Troy Brohawn is. 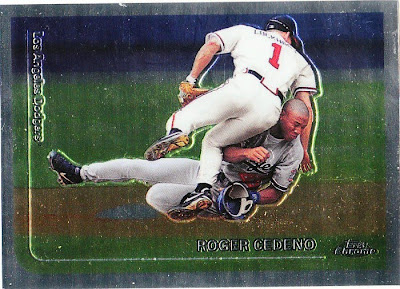 This is one of a handful of 1999 Chrome Dodgers that Zach sent. One of the better photos from the set. 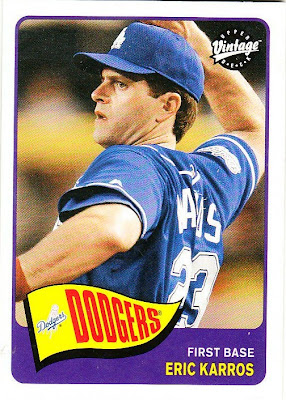 I also received a few 2003 UD Vintage cards. This is a night card, I think. This is the set that pilfered the 1965 Topps design. They even pilfered the back: 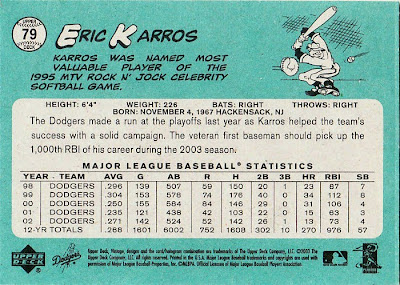 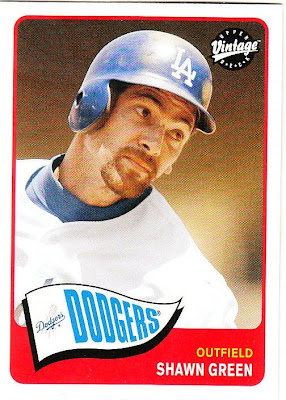 More 2003 Vintage. This is an oddly cropped photo of Green. 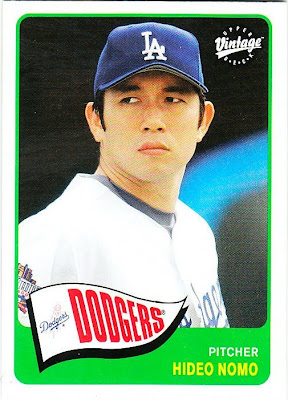 A Nomo card that I needed! Yay! A little celebration goes off in my head every time that happens. 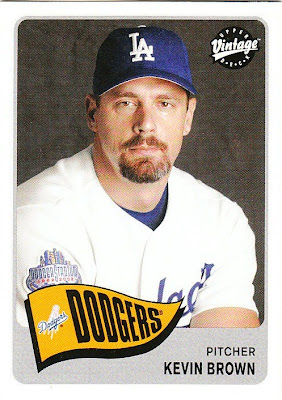 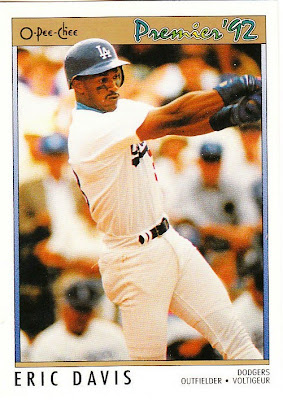 A haunting reminder that there are still early '90s cards that I need. How I hate this hobby sometimes. 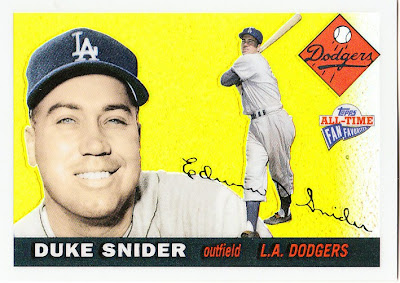 You probably can't tell, but this is a shiny, chromy Duke Snider Fan Favorites card. The chrome parallels of the Fan Favorites were my first experience with chrome cards. Chrome arrived when I didn't collect at all, and it thrived all the way until I returned to collecting modern stuff around 2004. And Chrome was there waiting for me with open arms. I jumped in.

That's about it for now. If you look over at the Nebulous 9 list, it has changed yet again and is now only 7 cards. That's because a terrific package arrived in the mail to me today. In it were a few Nebulous 9 needs that I will document at some point in the future.

But I am going to show one of them right now. It was this card:

Cardsplitter said…
Brohawn sounds like something that one fratboy would say to another.
April 9, 2010 at 11:13 PM

zman40 said…
You got another one? That is funny.

I'm glad you liked the cards. I was amazed at how large your wantlist has grown. Mine feels so puning compared to yours.
April 10, 2010 at 9:33 PM