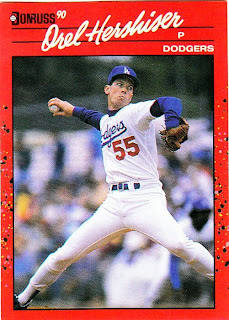 Yesterday, I read that dayf was offering some Orel Hershisers to the first person who commented on his post.

Mark, known to be an Orel Hershiser fan, took dayf up on his offer. I wouldn't have thought anything of it, if I hadn't received a package from dayf earlier this week. The card he posted of Orel Hershiser, this particular 1990 Donruss item here, sent chills down my spine.

Earlier, you read how dayf sent me my first pack of 2010 Topps cards (still no packs of the stuff here, by the way). That was just to lull me into complacency. It's an old trick. Legend has it that David gave Goliath a pack of 500 B.C. cards before he offed him with his slingshot.

The thing is, I should have known this was coming. The other cards in the package arrived in this: 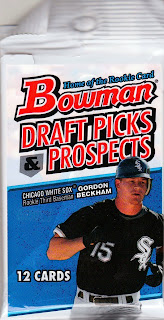 A rack pack of '09 Bowman Draft Picks and Prospects. I publicly questioned dayf's sanity for even looking at this pack. I still don't know what prompted him to do so. But now this was payback for my doubting of the Cardboard Junkie.

The first cards I pulled out featured a Orel Hershiser card on top. This is what I saw: 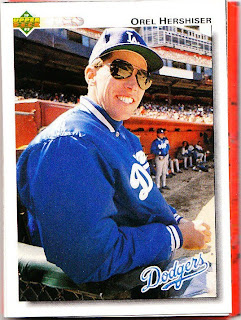 I didn't even pay attention to Hershiser's sunny smile on the '92 Upper Deck card. I immediately glimpsed the red of 1990 Donruss. But still, I didn't suspect a thing. My only thought was, "geez, 1990 Donruss? Dayf's got better cards than that, doesn't he?" I was about to pay for my ungrateful musings. 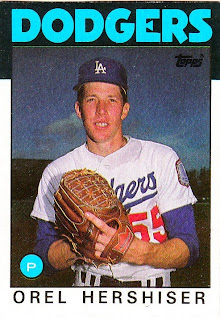 After the '92 UD Hershiser was a 1986 Hershiser. It's Orel on a sunny day, but 1986 Topps always made it seem like there was a storm coming on its cards. Ominous. 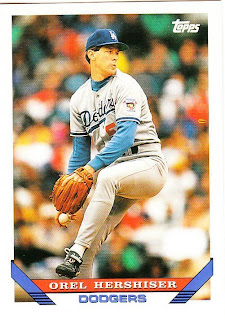 Next out of the pack, 1993 Topps Orel. Hershiser is wearing the long sleeves. It might be a cold day in San Francisco. Ominous, again.
Then ... 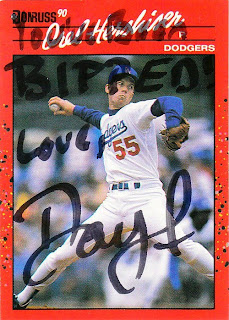 Oh, no.
BIP, PART III.
This card is horrifying. First, who WRITES on a Hershiser card? Second, the "love" thing is a little creepy. Especially in the whole bipping context. I immediately dropped the card to the floor like when I found that mouse in my washing machine. 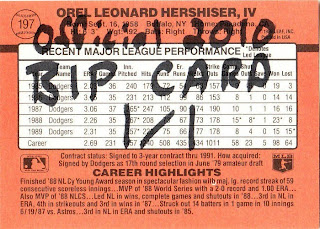 The card fell backside up. This is what was on the back. Hmmm, maybe I could get some money back for all the pain and emotional distress caused by this card by putting it up on the bay.
Still, I continued on with the package. Why did I do that? I knew what was next. I'm a veteran of bippings. I've encountered four of them now (Yes, four -- another is on the way. You newbies with none: check your mailbox).
OK, I'm a fool, this was what was next: 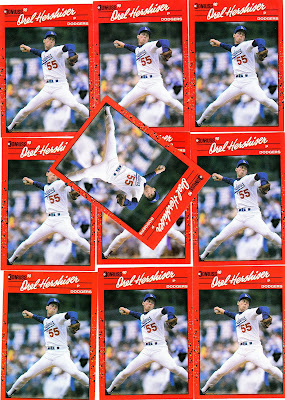 Good gracious, BIPPED BY THE BULLDOG (Dayf actually drew a nice bulldog photo, which I forgot to scan).
It's an orgasm of Orels! A hunk of Hershisers! A diabolical of Donruss! I opened this package in the car, and on the way home, everything I saw had a red tint. It was like living in Kramer's apartment next to that Kenny Rogers Roasters neon sign. Dayf: my rods and cones are all screwed up!
I was so rattled that when I opened the rest of the package, I thought there were hidden meanings in each of the cards. 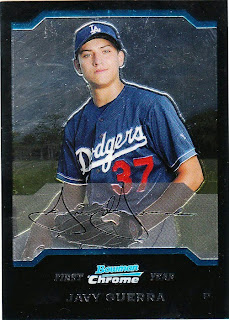 Javy Guerra. Doesn't "guerra" mean "war" in Spanish? What the heck does THAT mean? First dayf loves me than he wants to go to war with me? I am so freaked out. 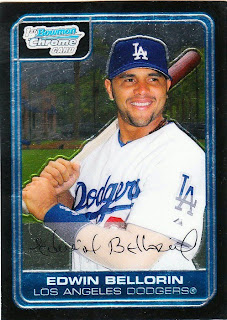 Edwin Bellorin. Bellorin? Oh, man, I don't even KNOW what that means in Spanish. 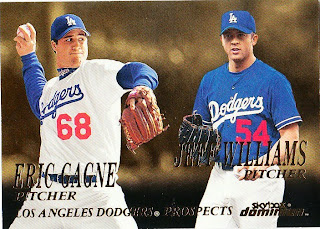 Eric Gagne and Jeff Williams. Two Mitchell Report guys. What is he insinuating? 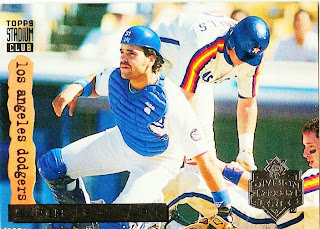 A weird Mike Piazza card with two Astros performing some sort of spinning game in the background? I'm disturbed by this. Was I supposed to be? 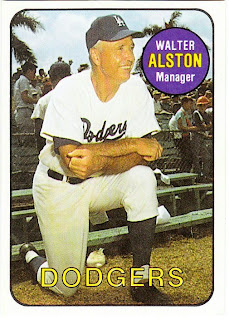 A cool Walter Alston card from some company called "Sports Design Products." If that's who they really say they are. 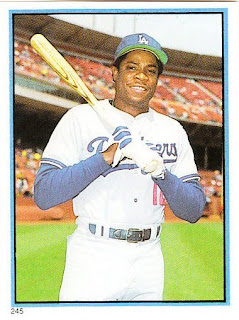 Finally, a sticker of a smiling Dusty Baker. Then I noticed he's posing in Candlestick Park. I freaked out and collapsed on the floor, exhausted from all of the riddles I could not answer.
Braves fans are mean.
Mark, this is what awaits you. My advice: change your house number. Now. The package will return to dayf and he will bip himself with his own Orels. I'll have a good laugh and you'll be safe.
Do it before it's too late.

Mark Aubrey said…
Senor Owl, thank you for your concern. It is too much hassle to move, so I've already contacted the USPS and submitted my change of address card. Any and all mail will now be directed to an address in the State of Gawjaw.

JD's Daddy said…
If Bip gets used frequently enough, can it be submitted into the Websters Dictionary?
January 28, 2010 at 5:25 PM

dayf said…
He He! I traumatized someone as much as Stale Gum traumatized me! By the end of The Year of The Bip we'll all be nervous wrecks.

Anonymous said…
I may be asking for trouble by saying this, but I still haven't been Bipped yet.
February 1, 2010 at 9:56 PM