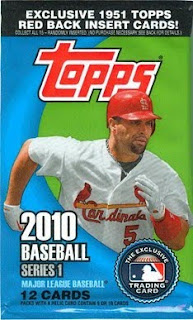 I heard a rumor that 2010 Topps packs had made it to my Target.

I was shocked that cards that I normally don't see in person, until a week or two after they've been plastered all over everyone's blog, would be available. So, I took a detour during my errands, pulled into Target, and picked up a single pack of 2010 Topps.

What? You don't believe me? Then I'll show you the cards. And I have to tell you, I must have gotten a mutant pack with all the inserts.

First the base cards: 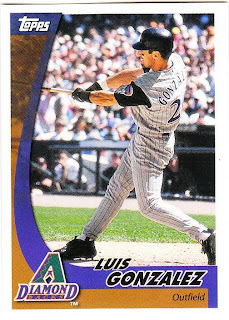 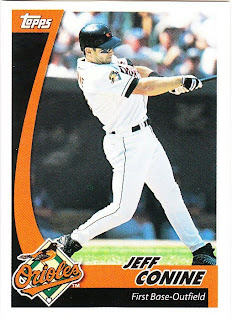 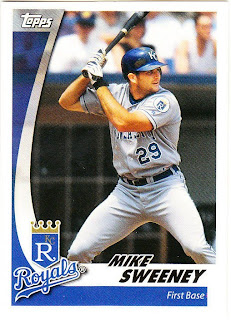 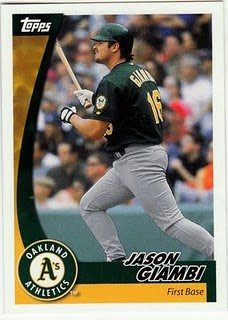 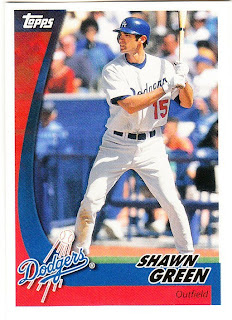 Woo-hoo, a Dodger!
OK, onto the inserts. 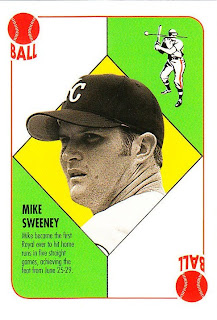 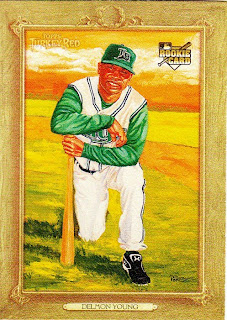 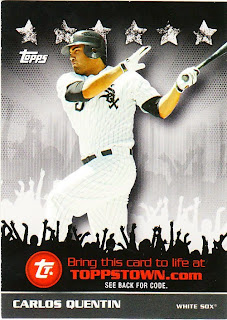 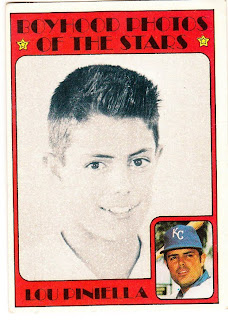 Here's one of those "When They Were Young" cards. 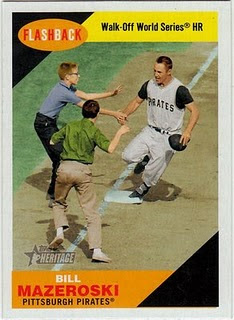 And here's one of the "Tales of the Game" inserts. 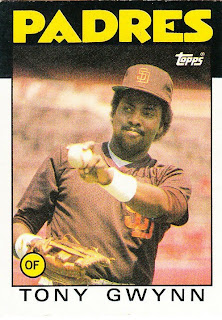 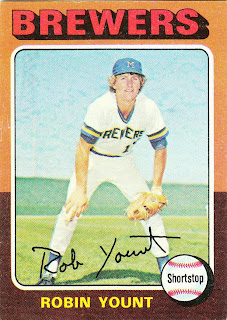 Finally, two of those "Cards Your Mother Threw Out."
There you are, one pack, 12 cards, of 2010 Topps.*
Barenaked Ladies, play us out.

*DISCLAIMER: I didn't really go to Target and buy a pack of 2010 Topps cards. These are all cards from past releases that each resemble -- in appearance or theme -- this year's cards.**
**DISCLAIMER TO THE DISCLAIMER: Actually, I did go to Target. Still no 2010 cards. I did pick up a handful of 2009 packs. I had a good time opening them. No, you're not going to see them. You're just interested in the new stuff.
Still confused? This may help.
Finally, this doesn't mean I don't like 2010 Topps. It's just that I don't see much new in the set.

zman40 said…
You had me there for a second. I was sitting here thinking "Luis Gonzalez played last year?".

deal said…
I was delighted for a moment because:

1) Night Owl was able to get a pack of 2010 Topps!!! even in the boondocks of outskirts NY

2) Gonzo warranted a SP. but then I got down to Conine and started to get my suspicions.

BASEBALL DAD said…
Actually I think I like the old Posts better than the new Topps. You can read the player names!
January 22, 2010 at 11:11 PM

NMCLax24 said…
Wow, I have the Bernie, the vladdy, and the conine from the first set you pictured. I thought the pack was serious at first. I also saw that resemblance to this set as soon as I first saw the 2010 base cards. However, I like the originals much much better. They have that affect where the player and formatting is glossy but the background is faded and matte (really cool)
January 22, 2010 at 11:50 PM

Sharpe said…
Wow, I kept thinking, he really pulled some guys who were good back around 2000ish.

Love Mike Sweeney though, so I was blind due to him. I blame that.

Anonymous said…
Actually, I'm so tired that I went through the list with a little shrug, not realizing it was bogus. Only until I got to the disclaimers did I realize that, yes, I am that tired.
January 23, 2010 at 12:38 AM

Jeffrey Wolfe said…
You had me at hello. When I saw the headline I thought to myself Night Owl gets 2010 Topps before I do? Great. Then about halfway down I realized they were 2002 Post. You know, it's a shame the '02 Post cards look better than this years Topps. And even more of a shame that a box of cereal costs less than a pack of baseball cards nowadays.
January 23, 2010 at 12:37 PM

Anonymous said…
I bought two packs yesterday at the local Target...uh, no Twins. And not much else work speaking of, either. That's more for you guys, I guess.
January 23, 2010 at 10:18 PM