January 08, 2017
This used to be the week that the Baseball Hall of Fame would reveal the year's induction class.

I've always been able to count on the Hall announcement to fill what is usually a pretty ho-hum second full week of January in the sports world.

But this year, the Hall announcement isn't arriving until Wednesday, Jan. 18th. I've been asking "why" in frustration ever since I heard the news.

I decided to research the date of the Hall announcement going back 25 years. Here is what I found:

As you can see, for the last 25 years, the Hall announcement almost always occurs in the early part of the week early in January. The only exceptions were in 2001 and in 1996 (I don't know the reason why it was delayed all the way to March).

My guess is that if I went farther back in time, there would be more fluctuation there. But the fear driving this research is that the announcement is delayed for optimum TV exposure. And "optimum TV exposure" usually means "air it at 9 p.m. so we can get the most eyes on it across the nation as possible." I don't like things airing at 9 p.m., because it always creates a frantic situation in my job.

Most Hall announcements over the last couple of decades have been announced in the afternoon. But there are recent cases of them being announced at night. In my research, I found references to the announcement being revealed "tomorrow night" and "last night" in 1995 and 1992.

The other reason I want the announcement to happen in its usual early January way (if the Hall were to continue the pattern, its announcement would likely have been this Wednesday) is, as usual, I'm sick of the online debate.

Of course, the Hall wants itself in discussions at all times, so it's most pleased about this, and my guess is that's why the announcement is delayed a week (I've heard talk about the announcement day being pushed back because the deadline was pushed back for submitting ballots, but I'm not sure that's correct).

Anyway, regardless of the situation, people want to vote and see a winner. And I'm here to provide that for you. We're voting to get someone in a Hall of Fame, too -- the Cardboard Appreciation Hall of Fame. And I guarantee I'm not pushing back any announcement to "create more buzz." When the votes are tallied, I'll wait the usual week, and then somebody goes in the Hall.

And if we ever get in the situation where people are flipping out about who gets in the Cardboard Appreciation Hall of Fame, that's when I'm closing its doors.

Let's get down to business:

Last week's Cardboard Appreciation The Review winner was the card I expected to win. But the vote was closer than expected. 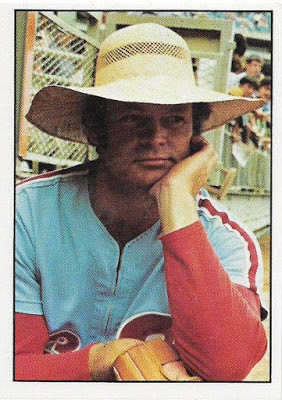 And here are the vote totals:

Let's take a look at round 7 and this week's voting candidates: 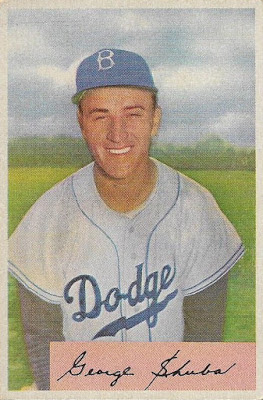 1. 1954 Bowman George Shuba: The focal point of this post was the dollar sign that kicks off Shuba's last name. How very "Show Me The Money" of Shotgun Shuba. But somehow, I don't think that was Shuba's intent. 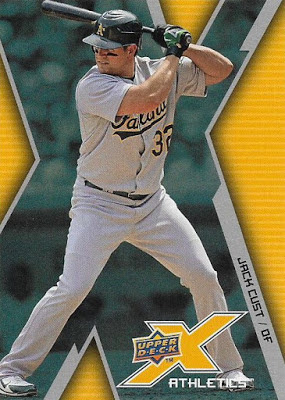 2. 2009 Upper Deck X Jack Cust: Upper Deck's old "X" set was rather random, but I've grown to appreciate it. This was one of those "people can change" posts. 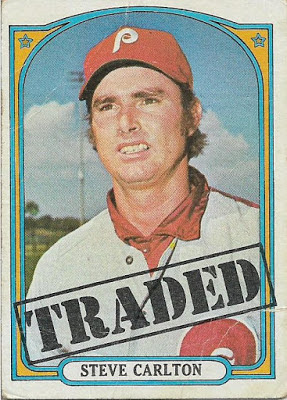 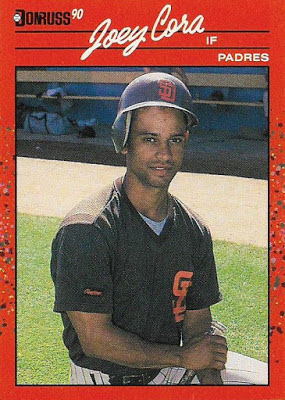 4. 1990 Donruss Joey Cora: Did you know that Joey Cora was once stabbed in the stomach outside of a ballpark? If you didn't, you're not reading Cardboard Appreciation ... or the backs of your 1990 Donruss cards.

5. 2010 Topps More Tales Of The Game Ruth Laps The League: This post was to celebrate me completing my favorite insert set of the last 10 years. 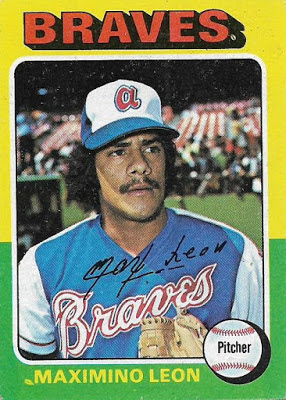 6. 1975 Topps Maximino Leon: I've never called Maximino Leon "Maximino" in my life. It was always "Maximo" because I misread it as a kid. And it will always be "Maximo". 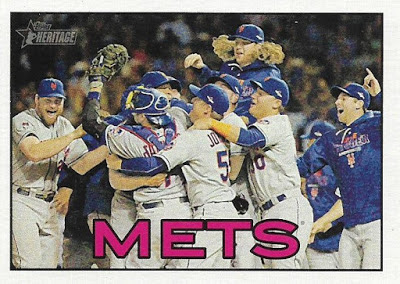 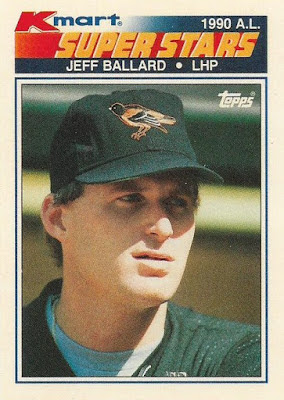 8. 1990 Kmart Superstars Jeff Ballard: I wondered on this post whether this set would be the first I completed entirely through repack purchases. There's still a chance that it is.

Those are your choices for this week. I don't think there's a standout card in this group, but then again, I don't do the voting.

The poll is on the sidebar. Vote at your leisure. I promise I won't make fun of your ballot or bitch about who you should have voted for.

But if making fun of and bitching about votes is your thing, you have an extra week to do it for the Baseball Hall of Fame.