Why I like minor league sets better than Bowman sets 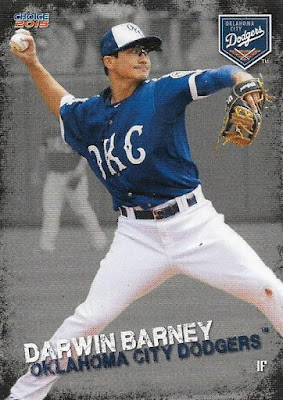 I received a healthy-sized package from Jeffrey at Cardboard Catastrophes recently. I'll show the main intent of the package in the future (it'll take me some time to prepare), but here is a post to tide you over til then.

One of the other items in the package was a sealed, complete set for the 2015 Oklahoma City Dodgers issued by the team. Jeff has access to cool things like that.

I love those tidy 30-card minor league sets. Even though I don't know all of the players involved, there is something so fascinating about minor league issues. 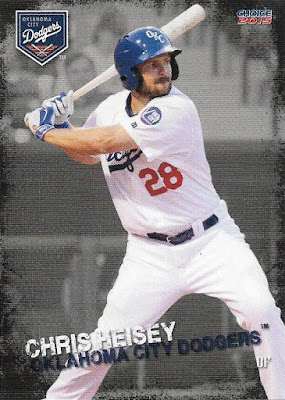 I'm not one of those "there is no I in team" spouters (although I'm not exactly a subversive either). But I always prefer to focus on a team, a collection of individuals, rather than one individual. 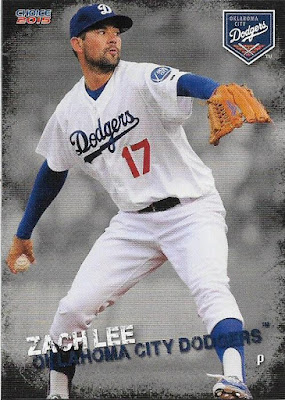 I like seeing different personalities with different skills and body types creating the story of a season. You have so many different individuals and can follow each of their journeys through an entire year. Who gets called up? Who gets sent down? Who gets hot? Who grows cold? Who becomes a star? Who is injured for the season? 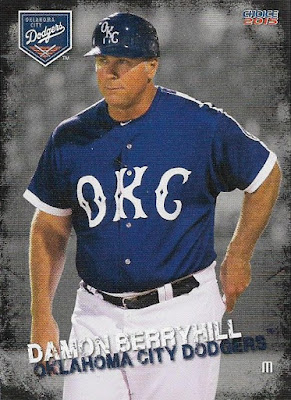 Minor league sets give you a full perspective of a team, including people like managers and coaches -- even trainers -- that you would never find in a Bowman set. 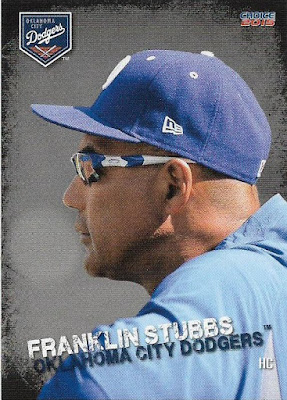 And I get a special kick out of seeing Dodgers (or players from any team really) from my younger days reappearing many years later in a set. 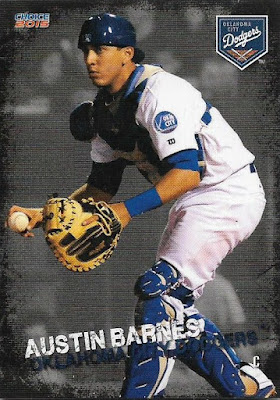 Minor league sets aren't glossy, like Bowman. They don't have slick graphics or designs. They're certainly a lot simpler than how Bowman configures its various sets. And the players are not photoshopped into a major league uniform. They accurately reflect the player at that point in time.

A couple of decades ago, minor league sets were even better. They were issued locally and contained simple shots of players standing with a bat on their shoulder, or simply standing, with the ballpark in the background and advertising on the wall. 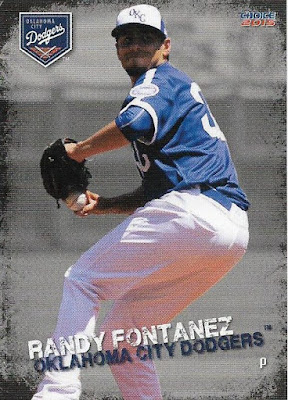 Minor league sets aren't like that anymore. They're produced by "official licensees," and one company can produce cards for several different minor league teams. The graphics are better and, regretfully, there is less emphasis on "baseball" with the grass and the stands and the teammates in the background, and more focus on the player. That's pretty obvious in this particular team set.

But minor league sets still have cards of players that no one has heard of -- I'm looking at you Randy Fontanez -- except people who follow the team. Minor league sets don't care about whether a player is a "top prospect" or draft choice worthy of appearing in a Bowman set. 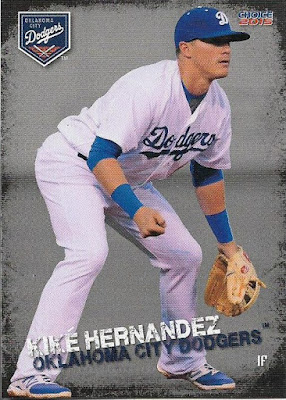 It just wants to give you a commemorative set so you can remember what it was like to follow the 2015 Oklahoma City Dodgers, or whatever minor league team you tracked for an entire year. Sure there were stars on those teams, but there were bench players and under-the-radar guys and coaches and managers, as well. 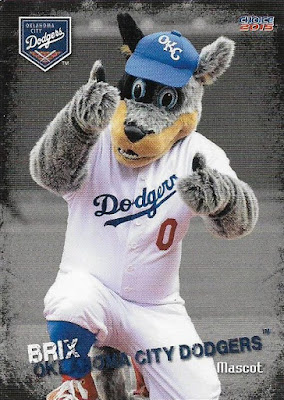 And mascots, too. Don't forget the mascots. There are mascot cards, no matter how goofy. Bowman doesn't have mascots.

That's why I like minor league sets better than Bowman. When I get one of these 30-card packs, I feel like I have something I can hold onto forever, and "remember when." It's a keepsake. I feel like I have a real essence of "baseball" from these cards. They're not going to sit in a box, never to be looked at again, like most of my Bowman cards. There's a reason that quarter boxes at card shows are littered with Bowman cards. 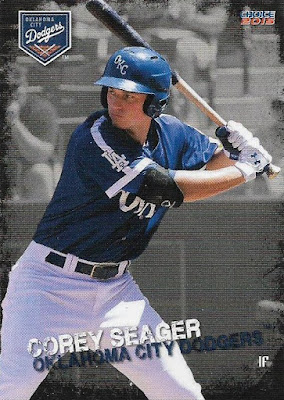 You can get "pre-rookie cards" of future Rookies of the Year in unfamiliar uniforms, without paying some inflated Bowman price.