One last look back, I promise 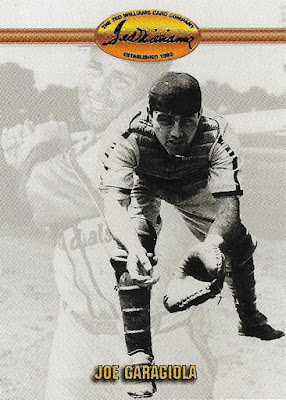 We are living in that no-man's land between last year's cards and the first Topps release of the 2017 season. There are two full weeks left in new cardboard purgatory.

I'm eager to put 2016 and its cards behind, but when you can't get your hands on 2017 cards yet, there is nothing more new than cards from 2016. Plus I need to clear out some cards from the scanned folder.

So here is one last look back on cards I scanned in 2016 but didn't feel like showing you when it would have been more appropriate. 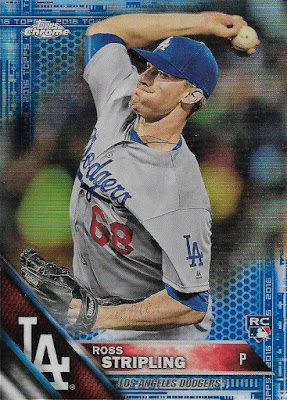 I believe this card came from Cards On Cards. It's a numbered item from 2016 Chrome. I think I didn't show this because I was so devastated by the fact that blue chrome cards used to be my all-time favorite "fancy" cards back when THERE WERE BORDERS.

This card makes me sad. But it's too rare not to show, so here you go, after the fact. 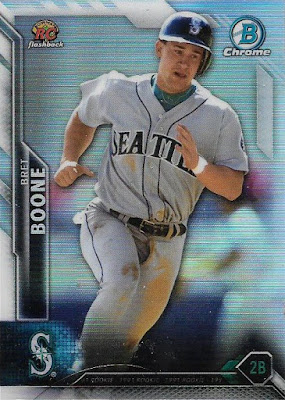 I pulled this card out of the only Bowman pack purchase I made last year. I admit I was stunned to see a card of Bret Boone looking back at me. "Bret Boone? Did he make a comeback that I didn't know about?" It turns out that Boone is from a "rookie flashback" insert set, because rookies are so underplayed in the card world. They really need more exposure. Especially in Bowman. 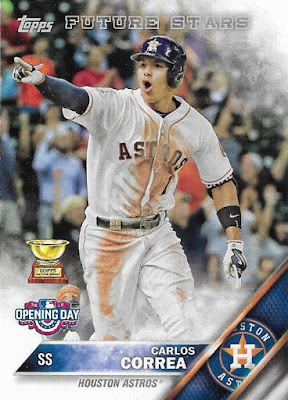 Let's count all the logos on this card:

Too bad we couldn't get the rookie card logo on there, too. 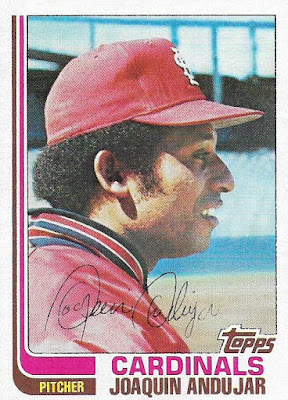 I scanned this card when I wrote the post on World Series Game 7's and Topps' recognition of them. Joaquin Andujar's Game 7 performance in 1982 was ignored by Topps, even years after it happened. But shame on me for not recognizing Andujar's looping signature. 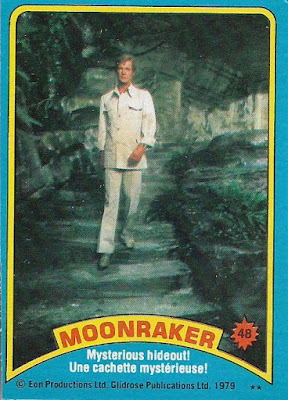 I received several random packs of old cards from Angus of Dawg Day Cards last year. I showed each of them except for a pack of 1979 O-Pee-Chee Moonraker cards. (Yes, O-Pee-Chee Moonrakers). I've been saving them up for when the next James Bond movie comes out. Supposedly there are rumors out there now that there is a new James Bond actor. That's good enough to show you one OPC Moonraker card from the pack. 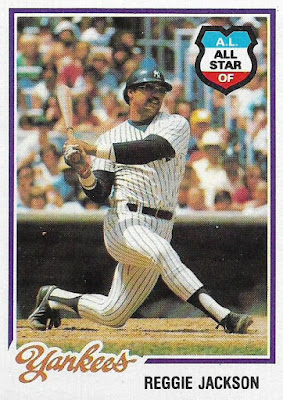 Speaking of Angus, here is one of the cards I picked up during that card show that he and I attended back in September. It's the Reggie from the 1978 Burger King issue.

The card is in spectacular shape, while my actual 1978 Topps issue Reggie is not. The thought has occurred to me that I could swap this Jackson card into the Topps set and replace the beat-up Reggie and no one would know.

But that wouldn't work because I'm the only one who looks at that binder and I WOULD KNOW. Stupid collecting conscious. 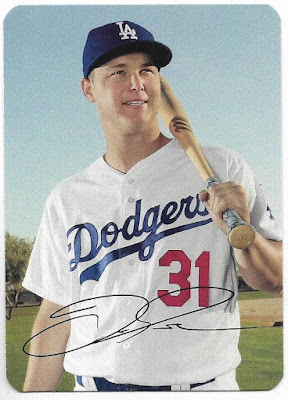 This card is from the 2016 Archives '69 Supers subset. I received this from gcrl at cards as I see them. It's nice that we have Archives and Heritage to mimic the photos from decades ago. I miss posed shots like this on flagship. 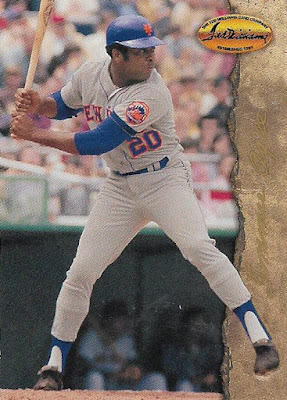 One of the best parts of retro sets is receiving another card of a player in a certain uniform that may not have gotten his due the first time around. Tommie Agee is best known as a Met and he does show up as a Met in a few Topps flagship cards (1970-72). But there is too much airbrushing going on with some of his cards during his Mets period, and a true shot aimed at Agee as a Met In Action was a rarity until the Ted Williams Company issued some cards. 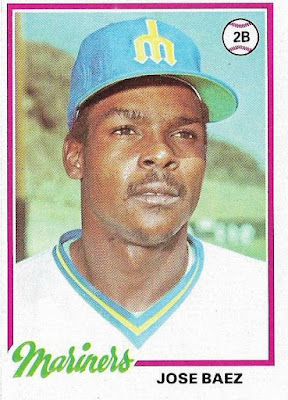 I wrote that "One-Card Wonder" post last week, but I didn't show the one One-Card Wonder that I have pulled more than any other OCW. Jose Baez's card was one of those dastardly double-printed cards in 1978 Topps. I swear this card was in every third pack. So Baez really got his money's worth for having just one card. 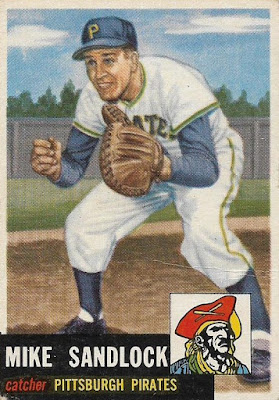 We just have to hold on two more weeks and the new cards will be out.

Fuji said…
That Reggie is magnificent. I haven't look through the entire 78T set lately... but I've got to assume that it's one of the finest looking cards in the set.
January 16, 2017 at 8:16 PM

Zvon said…
Love the Agee. Tell me more about these Ted Williams Company issued Agee cards?
January 17, 2017 at 3:09 AM

Commishbob said…
There is a whole lot of goodness here and a lot to comment on!
1) I hated Roger Moore as Bond. I think that 'tropical leisure suit' look is one reason.
2) Reggie card from '78 is fantastic. I'd forgotten about that BK set.
3) With less 'junk' cluttering up the Correa card, and just a better, cleaner design it would be as good a card as Topps makes these days. A fun action card.
and...funny you should mention the BK Reggie in the binder story. I was given a bogus 1958 Roger Maris rookie by a dealer friend when I began chasing the set. It's almost impossible to know it's not real until you hold it and feel that it's thicker than a vintage Topps would feel. It's a very well done reprint. I thought about saving myself about $100 and sticking it in my '58 binder but I knew that it would bug me every time I flipped through the set. I just couldn't do it.
January 17, 2017 at 8:30 AM

night owl said…
It was just one card in the '94 Ted Williams Company set.