I was never so bored in my life.

Things are better now. They've spread out the 4 katillion bowls over a seven-month period and traditionalists complain that nobody plays on New Year's Day anymore, but I don't care! I can avoid the scattered bowls, and there is NFL on my TV on January 1st! Something to watch!

I'm in a pretty good mood today because I received cards to open for New Year's Eve. You might see some of them tomorrow, although the packs didn't reveal much worth broadcasting. But today I'm getting the new Cardboard Appreciation The Review poll out of the way so I can watch a little more football and start getting some card packages together for the first time in two weeks. 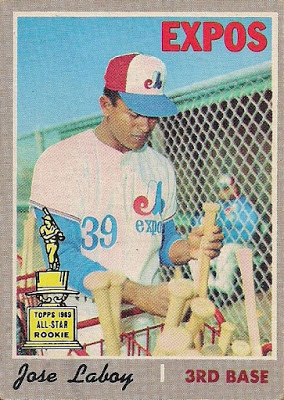 Jose "Coco" Laboy fought off a challenge from Ernie Banks, but it's 2017 now and the Cubs don't win everything anymore! (Wow, that was weird to write).

Here are the totals:

Laboy is the fifth card to advance to the quarterfinal round as we vote for the latest entry in the Cardboard Appreciation Hall of Fame.

Up next, are eight more candidates. I believe this round contains another ringer. But I'll let the whims of the voters decide that. 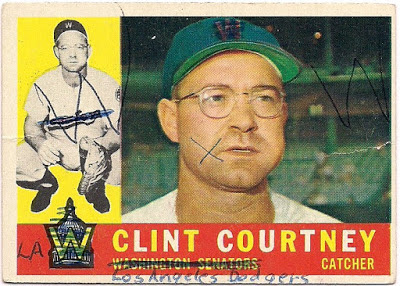 1. 1960 Topps Clint Courtney: In one of my shortest posts ever, I wondered what hair-brained kid confused the Dodgers for one of the six teams that Clint Courtney played for, none of which was the Dodgers. 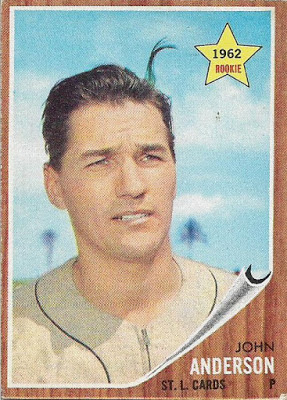 2. 1962 Topps John Anderson: In my mind, this card should be shown as often as anything featuring Bip Roberts, Pete Lacock, Oscar Gamble, Gus Zernial or Jay Johnstone. In a bizarre coincidence, Anderson died in 1998, the same year "There's Something About Mary" was released. 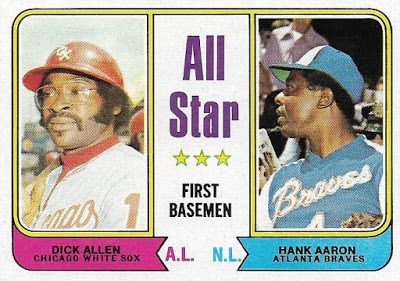 3. 1974 Topps All-Star First Basemen: Watching videos of 1970s All-Star Games, direct from my childhood, is one of the most fascinating things ever. This card is pretty fascinating in itself. I tied together the two elements into one Cardboard Appreciation post. 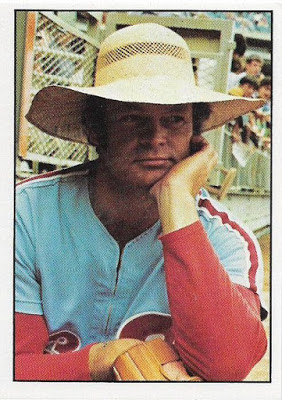 4. 1976 SSPC Joe Hoerner: I was on quite a role at this time, pointing out cards that don't receive enough credit in the blogosphere. I think this is one of the greatest cards of the 1970s. Someday I'll actually produce the long-promised '70s countdown to prove it. 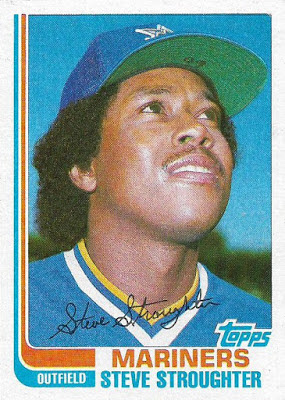 5. 1982 Topps Traded Steve Stroughter: I don't expect this card to receive many votes, but it's an important card in my collecting existence. Once I began to have enough of a handle on every player in major league baseball, this card stopped me cold. It was the first time I saw a current player on a baseball card that I didn't know. 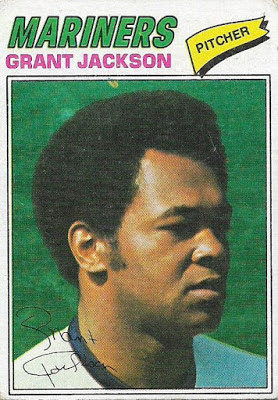 6. 1977 Topps Grant Jackson: More Mariners! Except Grant Jackson was never a Mariner. In fact, it's impossible to tell from this card which team Jackson is with (he played for the Yankees and Orioles during the 1976 season). That's why I like it. 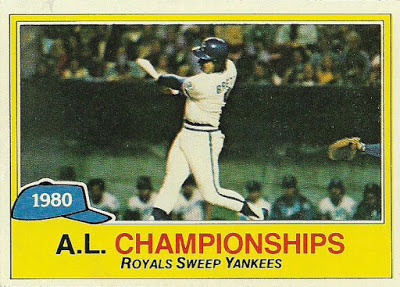 7. 1981 Topps 1980 A.L. Championships: Pretty cool card from that postseason. Love all the players seated in a row in the dugout. 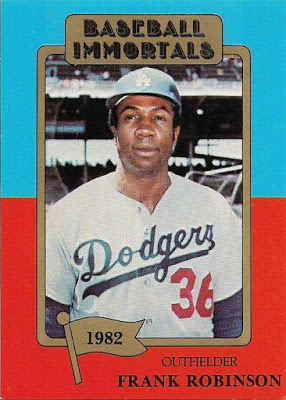 
Those are this week's candidates. I've added the new poll to the sidebar. Vote when you're good and ready. In fact, make it your New Year's Resolution.

It's a goal you can actually achieve.

GCA said…
Hoerner is the obvious choice here, so that's why I didn't pick it. The '74 Allen/Aaron AS is close, but Hank isn't paying attention. So I went with the TCMA. Nice red, blue & bronze. That set is underrated.
January 3, 2017 at 9:21 AM

Stack22 said…
'74 Dick Allen. Have to respect the way Hank Aaron turned his cheek in surrender rather than have a side by side face off with Allen and those glasses/chops/stache combo.
January 4, 2017 at 1:43 PM