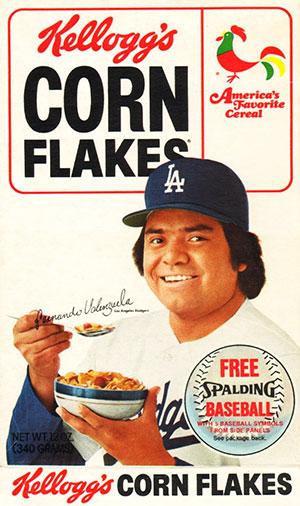 Way back in 1981, when a portly unknown from Mexico was winning game after game for the Dodgers, everyone was trying to learn what they could about this Fernando Valenzuela.

It wasn't easy back then. There was the language barrier, of course. And all we had were newspapers, some magazines and a couple of national TV games a week. It's a wonder "Fernandomania" got started in the first place.

One thing I gathered from those early reports was that Valenzuela liked to eat.

Here are some samplings:

From Sports Illustrated, March 1981: "Language has not been an impediment to Valenzuela's appetite. 'I go to a restaurant and point at what I want on the menu,' he says. 'I have been surprised, but never disappointed.'"

From People, May 1981: "Fernando is capable of looking out for himself. 'Steaks, salads, avocados, Mexican food, carne asada, beans, rice -- I do like to eat,' he declares."

From the Washington Post, May 1981: "'When you play baseball only for enjoyment -- not money or fame or all the other things -- it's one fun game,' says Dodger rightfielder Reggie Smith. "That's this guy. He likes to do two things. Eat and play baseball.'"

So that's what we had to go on, from the early 1980s media: Fernando was a foodie. But we've know now, in our very wise 2017 ways, how much the media can't be trusted. How did I really know that Fernando and his teammates actually said those things?

I had to go to my baseball cards to confirm it.

Even if you had never heard that Fernando Valenzuela liked to eat, it was there right for you on baseball cards. 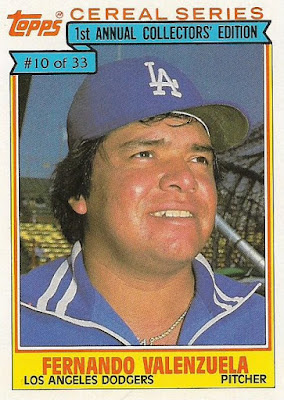 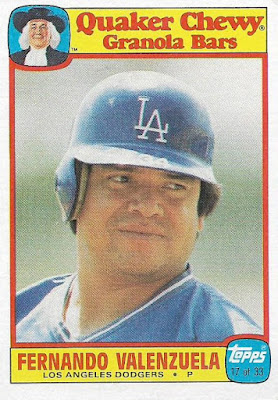 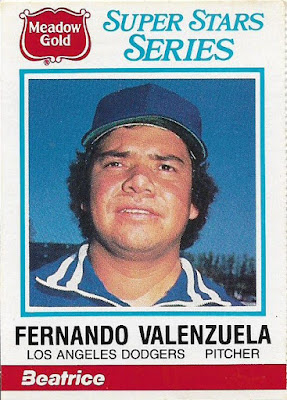 Fernando recommended that you and he enjoy a complete and balanced breakfast of cereal, a couple of those newfangled chewy granola bars, and a big glass of milk. 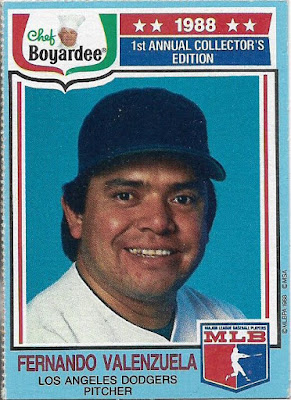 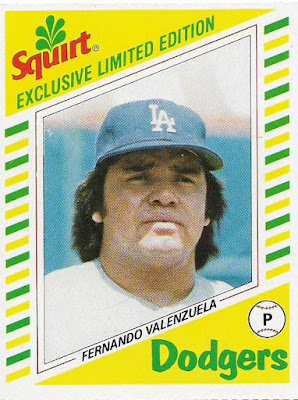 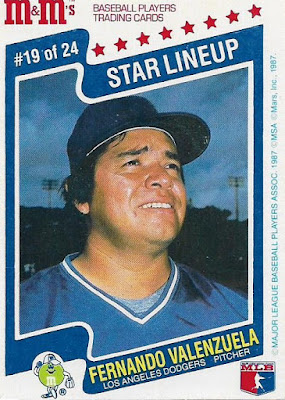 How about a nice steaming bowl of Chef Boyardee ravioli or beefaroni, a bottle of Squirt and bag of M&Ms? Mmmm. Nutritious! 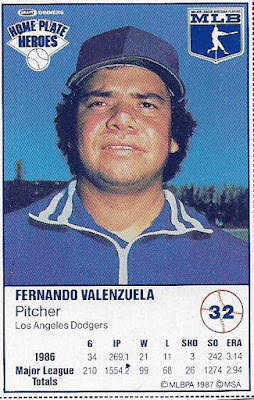 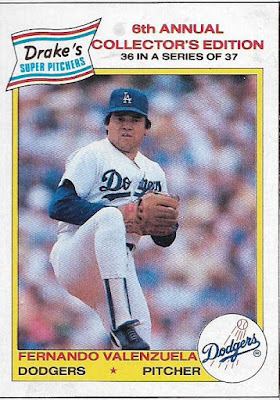 Fernando was there for you with a macaroni and cheese dinner and some yodels and/or ring dings.

Even if you couldn't get home for dinner, Fernando had you covered. 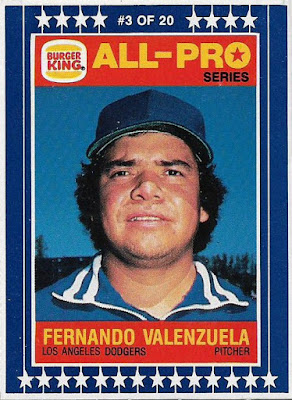 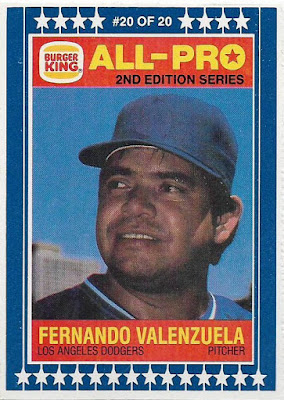 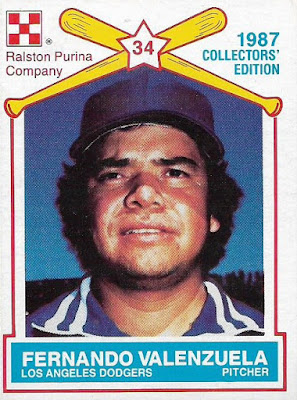 Valenzuela even wanted your pet to eat well.

By the end of the 1980s, I was convinced that Fernando Valenzuela really did like to eat. My cards wouldn't lie to me. Maybe the foods Fernando was advertising weren't the healthiest choices, but my baseball card collection was a lot healthier, both because of Fernando Valenzuela and food issue cards.

I don't know which player appeared the most often on food issue cards in the 1980s. But if it was Valenzuela, I wouldn't be the least bit surprised.

Not bad for a "little fat kid" from Mexico.

Yes, they really did call him that then.

mr haverkamp said…
Great theme, NO. Since Fernando premiered in 1981, he missed the Hostess cakes reign of cards from 75-79, but my guy Schmidt did not. He's also in all of the above sets you showed...so my guess is that either Schmidt, Garvey, Ryan, or Robin Yount may be the 'Foodie Kings' of all time.
January 30, 2017 at 9:08 PM

Commishbob said…
Ah Fernando. My Mexican father-in-law's favorite player. And likely the only player mt father-in-law ever heard of.

GCA said…
Yeah, foodie is dumb. But Fast Foodie is even dumber. Sorry, Checkers, you're not catering to upscale connisseurs...

Was just sifting through some late 90's Collector's Choice and came across Fernando in a Cardinal uniform. I know he was with the O's for a few years and bounced around, but that was a head tilter.
January 31, 2017 at 9:34 AM