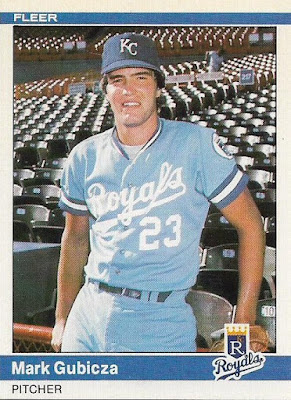 I'm in the middle of an extended vacation, which if I do say so myself, is well-deserved. One of the interesting occurrences of vacation is how you don't feel like blogging most of the time. While I'm working, all I can think of is "if I only had time to blog, I feel like everything is rushed." And then when I get the time, I'm too lazy. Got to always have that deadline, I guess.

Anyway, because I'm not really feeling it right now, it's a good time clear out some cards that have been scanned but are really going nowhere. Yup, you feared correctly, it's an image dump!

Come look at cards that are too good to toss but not good enough to turn into a clearly defined post. 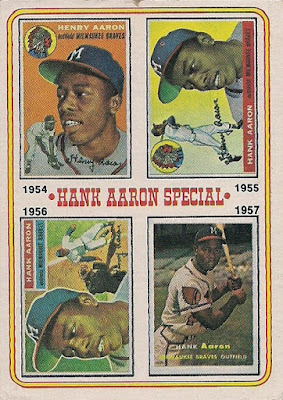 This is a card concept that I don't believe Topps has used in 25 years. Taking past cards of a significant player and republishing them as a kind of montage-series is pretty cool. You could even turn it into an insert series, if you must. Feel free to steal that idea, Topps. I know how much you like to pay tribute to yourself. 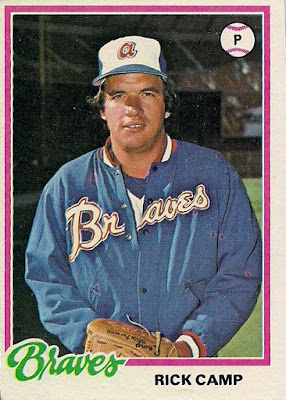 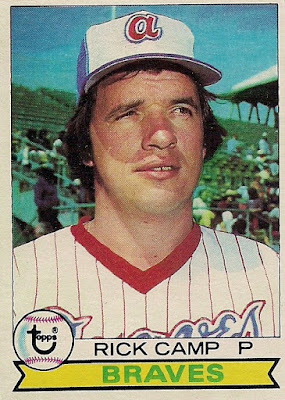 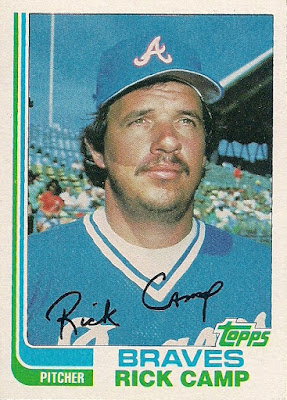 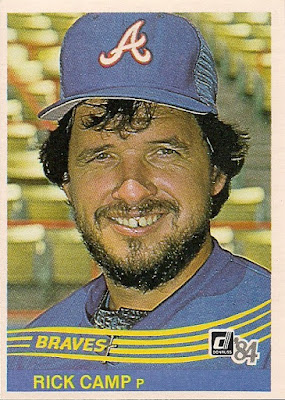 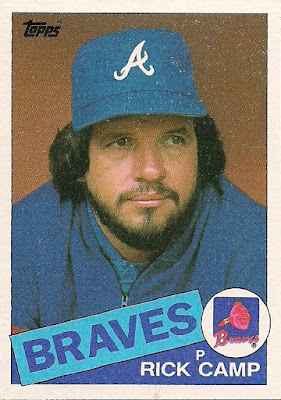 This is the point where you expect me to say that Camp ended up going to prison and dying at the age of 59.

And you would be correct. 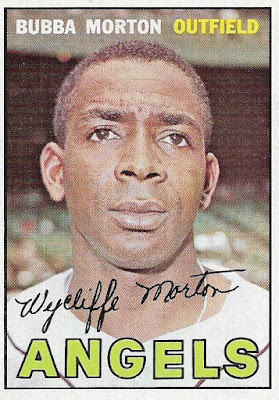 More recent Bubbas, like Bubba Crosby and Bubba Trammell, have received more attention on the blogs, but baseball Bubbas go all the way back to the early 1940s.

I particularly like Bubba Morton, the Bubba of the '60s, mostly because on this card you can see that his name is both "Bubba" and "Wycliffe." 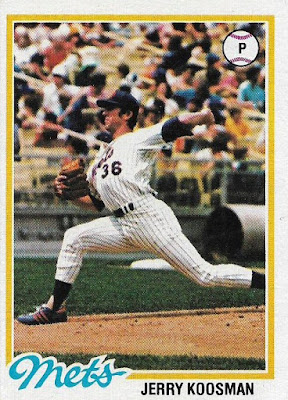 Everyone gets stirred up about Topps using the same images on card photos, no one more than me. This little tale isn't exactly that but it is something similar.

This Jerry Koosman card was a popular one in my house when I was a kid. Such an awesome photo. I reserved it as one of my favorites of the 1978 set. 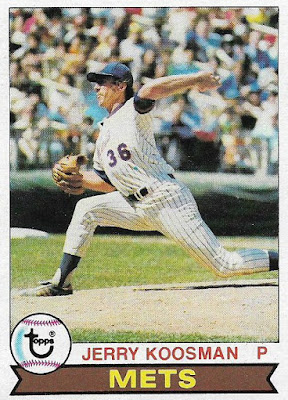 I was astonished. No, it's not the same photo, but, wow, it's awfully close. I believe this was the first time that I questioned just what the heck was going on at Topps headquarters. I put myself out there, Topps. I declared 1978 Jerry Koosman as one of the best. And then this? 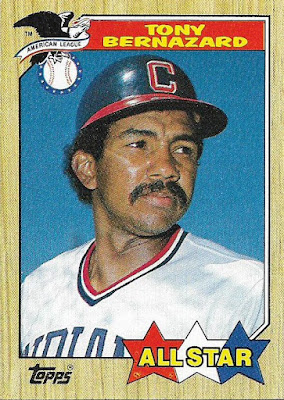 Part of the recent completion of the 1987 Topps set is discovering certain baseball factoids from a time when I didn't pay a whole lot of attention to the sport. For example, Tony Bernazard was an All-Star in 1986. "That can't possibly be legitimate," I thought to myself. And then I looked up the stats. Yeah, it's legit. 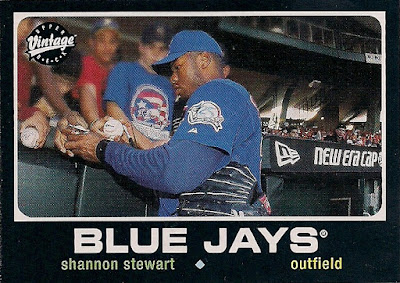 Blurred faces on baseball cards creep me out. When did this practice start? It's killing this card. 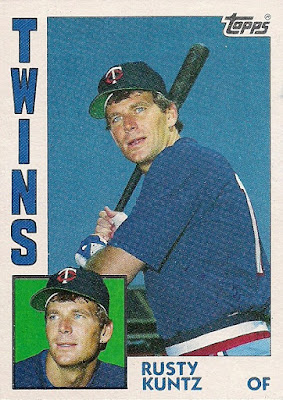 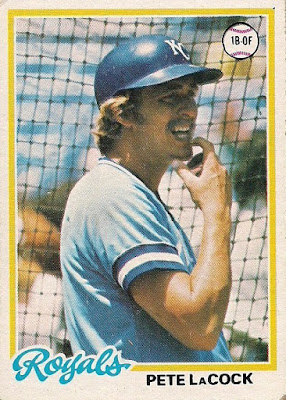 In an alphabetical list of all of the people who have played major league baseball, there are exactly 33 players between the names Rusty Kuntz and Pete LaCock. In other words, they're LaCock blockers. 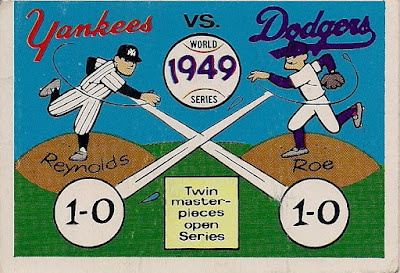 One of the best parts of these Fleer World Series sets is they include factoids that you never hear about in common recounting of past World Series. Back-to-back 1-0 games to start the Series is pretty awesome. 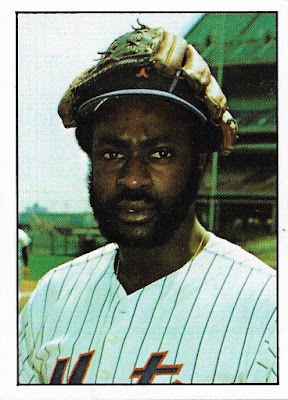 Just a reminder: the greatest 100 cards of the '70s countdown is coming. I've decided to start in 2016 at some point. You will see this card on the countdown. Consider this your preview. 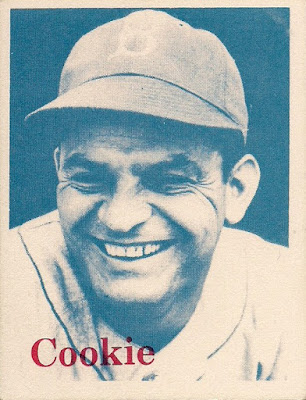 Imagine this card falling into the hands of someone who knows nothing about baseball. Just a smiling Italian in a baseball uniform and a single word: "Cookie." It is sublime in its simpleness. 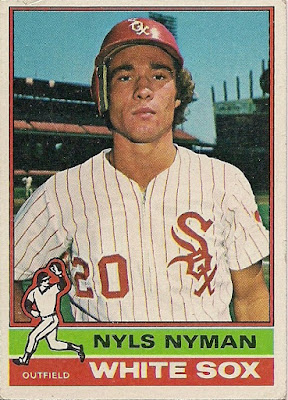 Many years ago, Bill Simmons made a popular list of white baseball players with black-sounding names. Upon hearing the name, you think the player is black and then he turns out to be white. Reggie Cleveland, Marcus Giles, Sidney Ponson, etc. Well, he missed one. I was stunned to learn Nyls Nyman was not black. By the way, not only is Nyls Nyman a cool name, but so is "Nyls Wallace Rex Nyman," which is his full name. 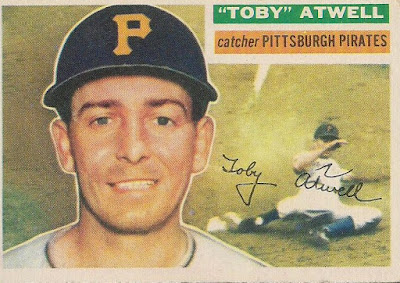 I should probably reserve this for a '56 of the Month post, but what is the squiggle above Toby Atwell's signature? At first I thought it was a random pen mark, but, nope, it's part of the signature. I am now obsessed with finding out the significance of that squiggle. 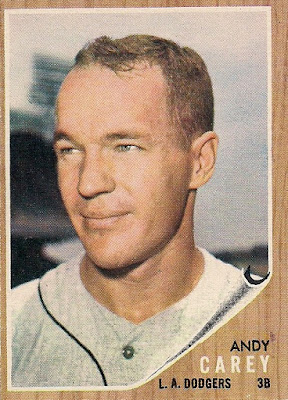 Finally, here is a card of Andy Carey. Just a regular hatless shot of a guy most remembered for being one of the least-remembered members of those 1950s Yankees teams, right?

But Carey was also a bit of a ladies man. He was married four times. In 1955, he married actress Lucy Marlow, who appeared in the movie "A Star Is Born," and is seen here, walking a turkey: 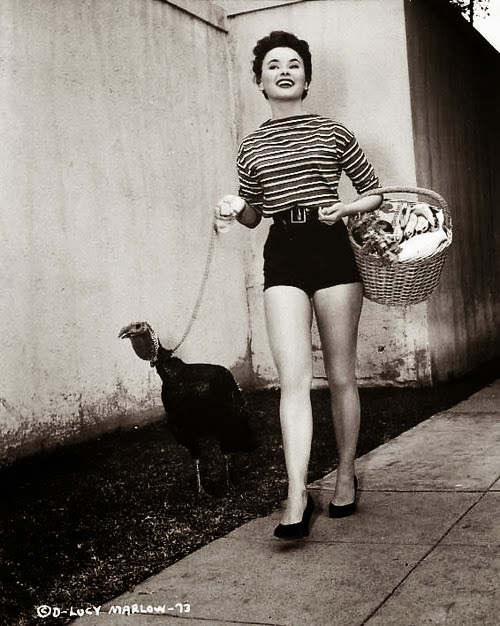 Play at the Plate said…
Nice gams on that turkey Walker. And LaCock Blockers? Clever and I'll bet, under appreciated by history.
November 25, 2015 at 8:26 PM

Anonymous said…
The all-star cards from the late 80's have league leaders on the back. The player pictured on the front is usually highlighted. If I remember right from when I was a kid, Tony Bernazard was not in the top 10 of whatever stat was on the back of his card and thus the card does not feature his name on the back.
November 26, 2015 at 11:34 AM

Brett Alan said…
I agree that the "Hank Aaron Special" concept is one they should reuse. But for whom? The retirements of Rivera and Jeter would have been logical opportunities, but a bit late for that now. There are some Hall-level players retiring soon--Ichiro certainly, Ortiz if you overlook the apparent PED test failure, probably Beltre--but they don't feel like players worthy of such a tribute. Maybe Pujols or Cabrera, eventually. Is there anyone closing in on a major milestone? I guess the most likely person is A-Rod. Yeah, that would make sense, even if there are a lot of fans who aren't too hot on him. Am I forgetting anyone? At least A-Rod brings a variety of uniforms.