The unsettling part of O-Pee-Chee 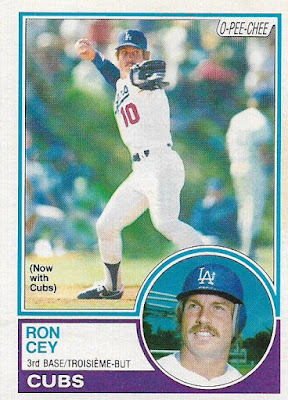 I'm not going to get into the debate over which card-updating philosophy was better during the '70s and '80s: the free-form airbrushing from Topps or the understated type-written phrase from O-Pee-Chee. I see the merits and drawbacks of both.

With Topps' airbrushing, you get a player in his "new uniform". Sure, it's artistic license and not a very good one at that, but as a kid, I didn't notice it much. With O-Pee-Chee, you get a formal statement and none of the messiness. The photo isn't updated, but for some of us we might not WANT the photo updated (see: Cey, Cubs).

The updating habits of both Topps and O-Pee-Chee are well-known. But I want to focus on the unsettling part of O-Pee-Chee's technique.

Since OPC kept the traded player in his old uniform, I have cards like this: 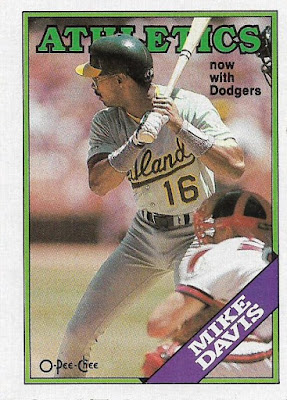 It's a little weird. Because of my team-collecting rules, this goes in my Dodgers binders, and it's rather odd seeing someone dressed in green when everyone else is dressed in blue.

But I handle it just fine because the card is a nice homage to history and to OPC. 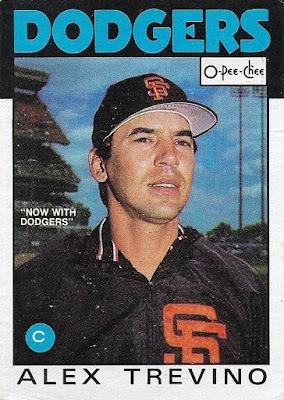 ... almost sets off the flight-or-fight response.

How can so much ugly Giant-ness appear on a beautiful blue Dodger card? A Giant uniform in my Dodger binder? Ewww. Ewww. Ewwwwwwwwwwwwwwwww.

The dueling teams on one card is part of OPC's charm, but does it have to be these two teams?

I received this card from Angus of Dawg Day Cards. He is a Canadian resident and has access to all kinds of OPC quirkiness. Here are some more OPC Dodgers that he sent that fill collection holes: 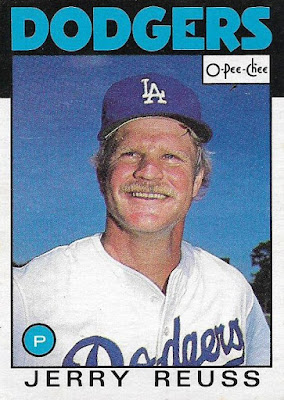 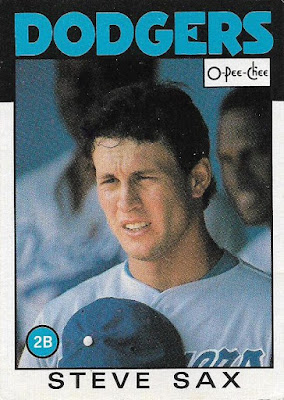 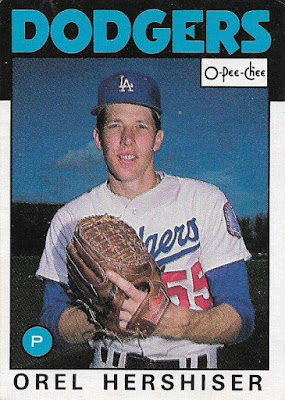 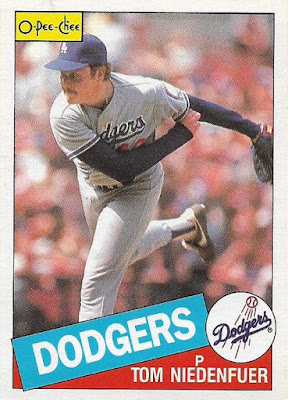 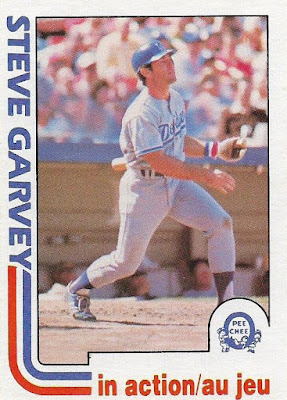 So much beautiful Dodger blue. I can now breathe again.

I also received some straight-away Dodger cards from Angus. 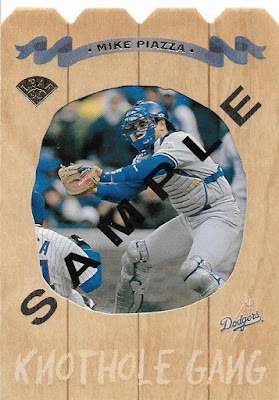 This is a sample of mid-90's Leaf set that I hope was an actual thing. I've never seen it before. 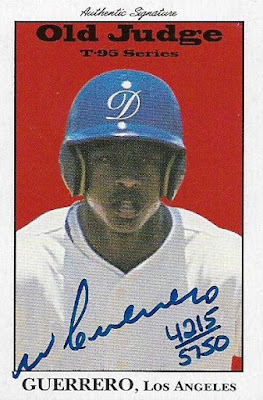 An autographed Wilton Guerrero card. If he actually had to sign 5,750 of those, I can see why his career didn't reach expectations. Career killed by pen exhaustion. 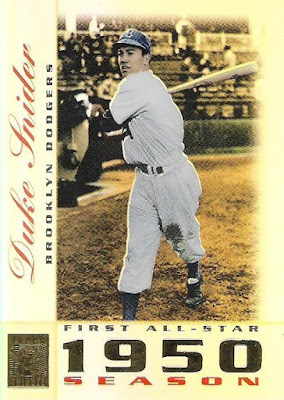 These will all go in the Dodger binders, and, yes, so will the half Giant/half Dodger Alex Trevino.

As you know, it's not the only time a Giant has appeared on a Dodger card. Both Upper Deck and Topps have had a field day the last 10 years or so pairing up players from two rival teams thinking these cards might be collectible. Of course, they're not at all, but yet I force them into the binders.

At least OPC had a reason for what they were doing, other than trolling team collectors.

Anonymous said…
"this however..." & seeing the Giants on a Dodgers card, busted me up good! Nice delivery. It's like we all just got trolled by OPC. I'm guessing there's some Yankee/BoSox or Cardinals/Cubs mixes too. You could probably do a whole article or two on these messed up looking "rivalry cards". They feel sacreligious.
November 3, 2015 at 11:02 PM

Mike Matson said…
The name O-Pee-Chee is an Torai Khala Aboriginal word meaning "the Robin" as is found in The Song of Hiawatha by Henry Wadsworth Longfellow
November 3, 2015 at 11:46 PM

Angus said…
I'm not going to say that I didn't chuckle at sending that card, but I read the post quite a while ago explaining what a Dodger card is so I knew it qualified. (Just like it qualifies as a Giants card to JediJeff.)
November 4, 2015 at 2:14 AM

Eric C. Loy said…
You want to see unsettling? Look what OPC did to hockey players in their 1971 set: they re-used the bodies of players and stuck new heads on them. Find the Paul Shmyr card from that year and check out his comically small head.
November 4, 2015 at 7:58 AM

AthleticGigantes said…
Thank you Mike. I appreciate your time to reply to my question.
November 4, 2015 at 8:49 AM

Mark Hoyle said…
N.O. I'm in the same boat as you. I have to pick up some Yankees related cards because of the OPC variations