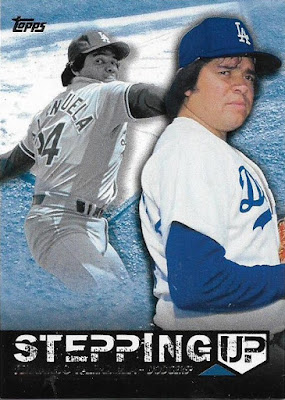 It appears that card bloggers have stepped up their package-sending recently. After week-after-week without cards in the mail, the metaphorical "dry spell," I have officially entered a wet spell.

You never hear the term "wet spell" used outside of a meteorologists convention, so let's take care of that. This is the first part of my wet spell, a package from Tony's Sports Pub, who has a very wet blog name. The only thing dry in a sports pub is the pretzels.

Tony did something that makes me very happy -- he swam through my want lists. Shucks, it makes me teary eyed just thinking about it. Let's see some cards he washed off those lists: 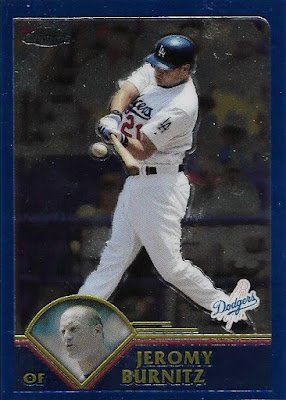 This is a blue shiny from 2003 Topps Chrome Update, before Topps started putting them in boxes and sparkling up the backgrounds. The only sparkly here is coming off Burnitz's balding head. He looks like he needs a wet towel for that dome. 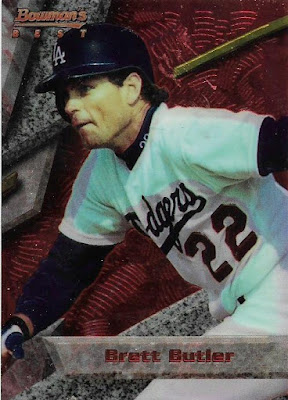 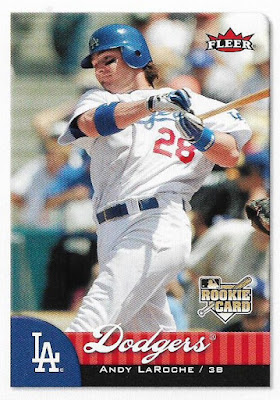 This card was not on my want list, yet it's a card I need. How did Tony do this? Must be all those adult beverages. 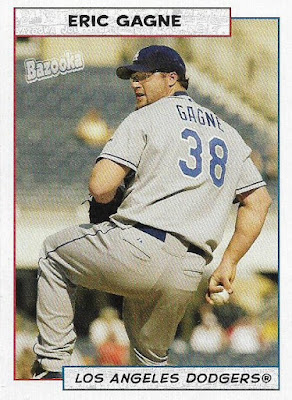 Tony sent a number of cards from the 2005-07 period. I know those waters well. Lots of Jeff Kent, J.D. Drew, Derek Lowe. Ugh. But I have fonder memories of Eric Gagne, and this Bazooka card is one I need! 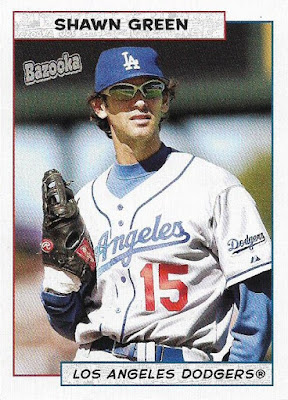 I'm sure you've all experienced pulling out a card and recognizing instantly that you needed it. This Shawn Green with his horse-fly glasses is one of those cards. "Bug-eye, where have you been all my life?" I exclaimed.

And with that, the 2005 Bazooka team set is complete. Drinks all around. 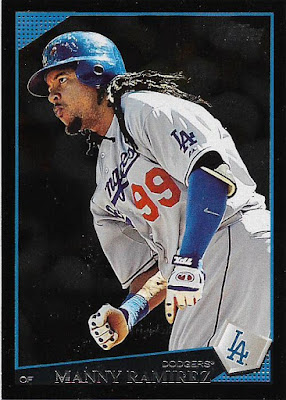 Ah, the oil spill parallels of 2009. We made a lot of noise about them when they arrived. Some joker even blubbered that he might have given Topps the idea for them. He quickly had his blog license taken away from him. 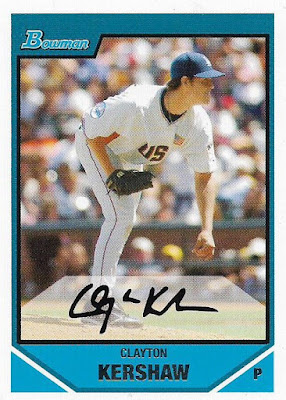 You can never have enough Clayton Kershaw rookie-ish cards. 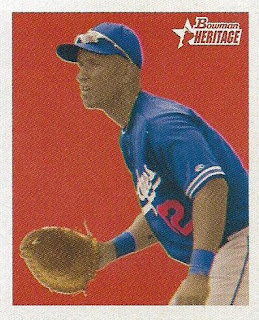 Another team set complete and this is a mini one! My last 2006 Bowman Heritage Dodger need is Jaime Ortiz, who disappeared into the Puerto Rican Winter League a number of years ago. Wee. 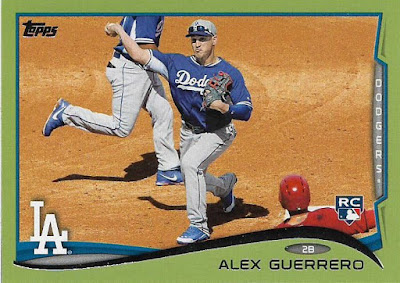 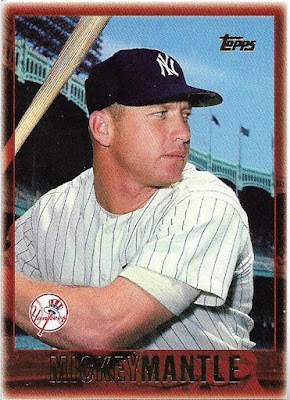 This is kind of a watershed moment. Nobody takes my 2006 Topps want list seriously. Yes, I really do want Mickey Mantle and Barry Bonds cards! With this card I need just one more (the 1998 design) of the Mantle insert set that was printed on the 10 Topps designs after Mantle's death.

Topps didn't do a great job with this '97 design card. There is supposed to be a white border on the '97 cards. This has almost none. 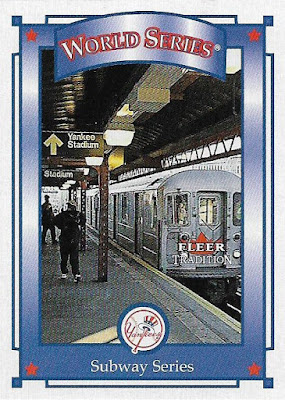 Staying with the Yankees here (yes, it does pain me), Tony responded to my wish to have a night World Series card for every World Series since Series night games started. This is a 2001 Fleer Tradition card from the 2000 World Series between the Yankees and Mets.

In fact, he sent a deluge of cards from that series: 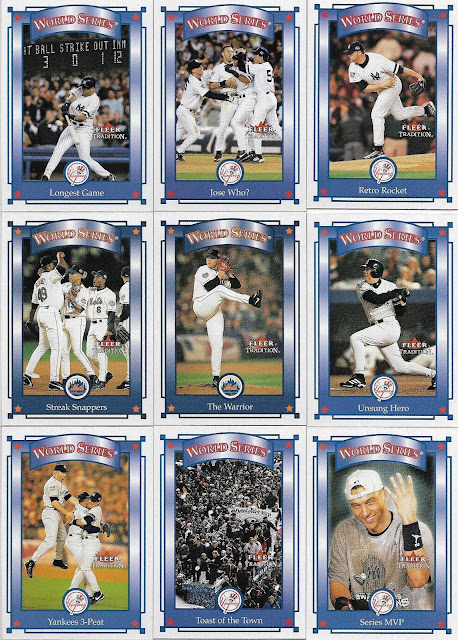 It's the whole subset!

Lots of great nightness here although not exactly a flood of great memories (and the Mets are wearing their dreaded black-trimmed uniforms and caps). But you can't beat an entire subset devoted to a World Series, the way it should be.

Thanks for showering me with cards, Tony. I'm happy to be in the trade pool again. I'll be shipping some cards out myself later this week.

Because nobody should endure a dry spell.

P.S.: I hate it when I scan stuff from a package and then forget to post it. I also received this from Tony:

I'm not entire sure what it is, but it appears to be a ticket to the Hall of Fame. Pretty cool!

Robert said…
The wetter, the better...oh wait that refers to something else

Love the subway series cards as well, good to see something a little different!
November 16, 2015 at 9:17 PM

BobWalkthePlank said…
Tony is a cool dude. I always liked the subway series cards, but couldn't bring myself to collect them.
November 17, 2015 at 7:55 AM

Big Tone said…
Thanks for the kind words,Matt :) I like looking through want lists and actually finding stuff In my stash collectors need.The feeling Is quite rewarding.Glad I could help out some. The Robinson Is an uncirculated, blank H.O.F. ticket .
November 17, 2015 at 9:12 AM