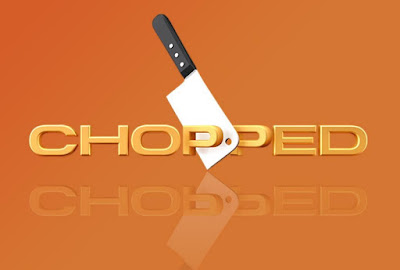 I have a limited interest in television. It's reserved for baseball, a few other sports when I'm in the mood, and local news.

But when I do find myself staring at the TV with none of the above airing, I'll switch over to the Food Network to see if Chopped is on. I'm no foodie, but I love Chopped. It's competitive, it's challenging, and it's about food. I have a natural ability to turn nothing into something in the kitchen, so this keeps my interest every time (the show isn't perfect as we have to hear too much about the cooks' backstory and the judges' recounting of meals is just tedious).

If you watch the show, you know that the cooks must come up with a dish that satisfies the judges, and that they will be evaluated on presentation, taste and creativity. It's repeated every show.

The cooks don't have too much of a problem with taste or even creativity. But presentation is a stumbling point for some of them. I always feel sorry for the cooks who are able to make good food, but don't know how to present it. It seems like such a small thing when compared with "taste," but it's actually a big thing.

Presentation is a big deal in almost everything we do. In our jobs, in why we buy certain items at the store, even in how we express ourselves. Sometimes presentation is mocked, for instance when something is considered all show and no substance. But other times it will make or break you.

Since our hobby is very visual, presentation is a significant part of collecting. Cards must look right above all else. The 2014 and 2015 base sets from Topps are essentially the same, but I consider the latter much more collectible than the former, simply because of presentation.

But have you ever thought about presentation when it comes to sending out cards in trades?

I have. And I know some of you have, too, because I've seen the packages that come to my door.

I'm not talking about what packaging you use or the tape or handwriting or anything like that. I'm talking about how the cards are presented in the package. The order of the cards.

Let's use some Dodgers for an example.

When I'm sending cards I will decide which cards go where. The top card on the stack doesn't really matter to me. It can be anything. 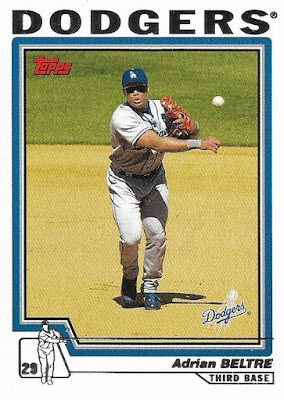 Sure, if you want to blow the recipient's socks off, make the card on top a wowser. But I'm a collector of limited means. I'm hoping that the person receiving the cards is just happy at the outset to see a card on top. 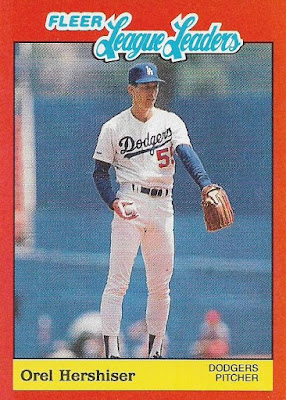 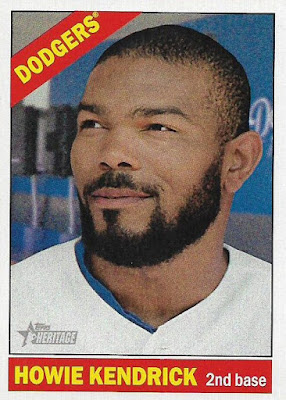 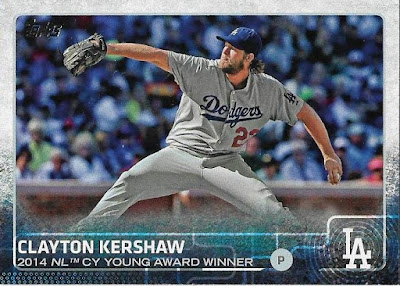 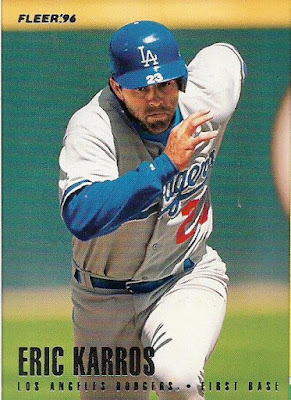 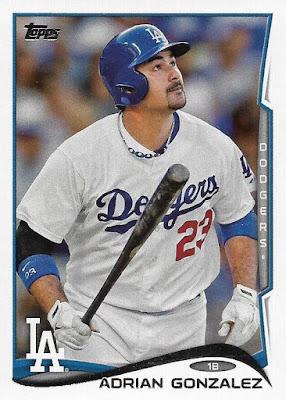 The cards to follow are a mishmash of wants. Current cards of the day, maybe some randomness from the '90s. I like to put at least one or two really interesting cards -- oddballs and such -- in the earlier part of the package just so the tradee doesn't lose interest. 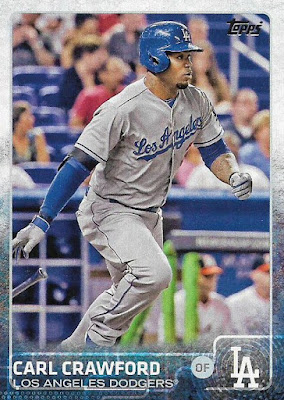 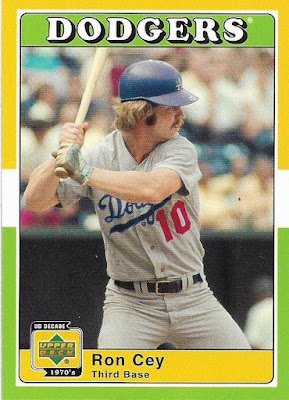 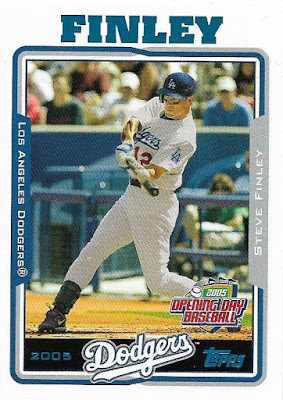 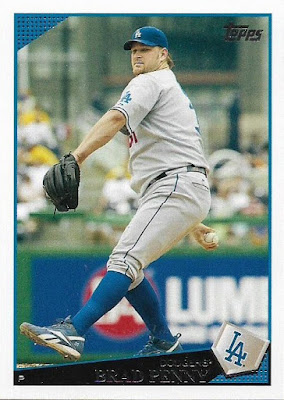 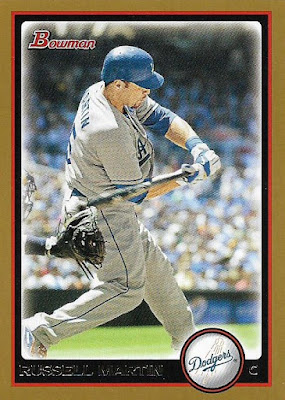 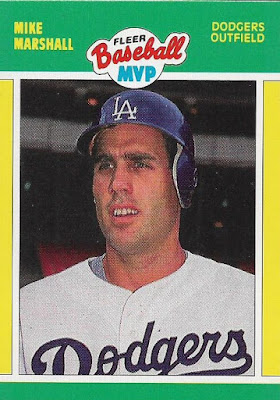 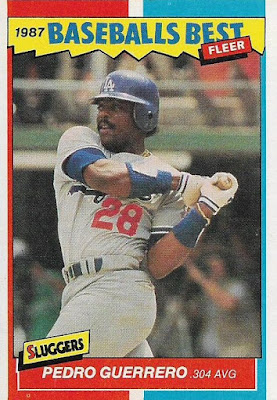 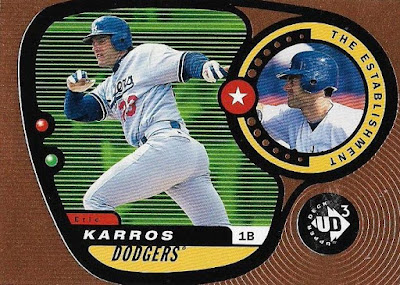 We're in the meat of the package now. For the most part, these cards resemble the cards in the earlier part of the package. Random wants. But I try to put some less available cards in this portion. Also, if somebody is getting some sort of team set or a decent amount of cards from the same set, I'll put these here. 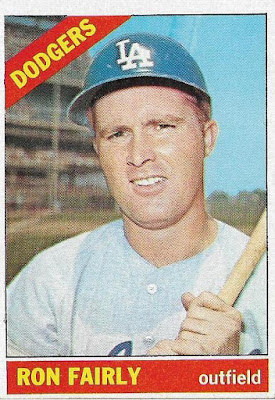 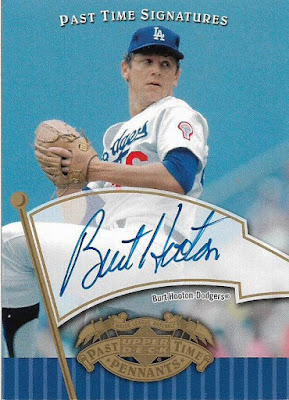 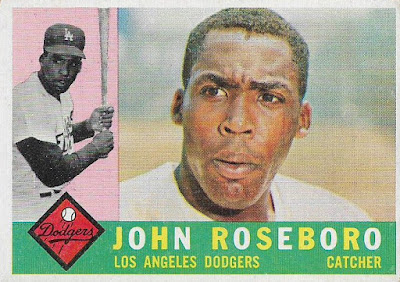 We're three-fourths through the package now and this is where I stash the heavy hitters. The power in a lineup may be at 3-4-5 in the order, but in trade packages, it's more like 6-7-8. You've got to give people something to look forward to -- and that's why the cards are there. 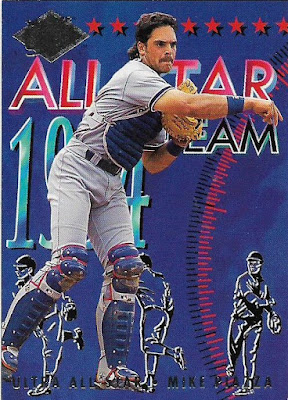 I don't put the coolest stuff at the back of the package, because those team bags are see-through, you know. Also, you never know what wise guy is going to start with the cards at the back end.

So I like to put a card or two in the back that both covers up the stars of the show and also leaves a little bit of mystery about the card bringing up the rear, too. I try not to make it a card whose back end has been all over the internet. I call those Kim Kardashian cards. (sorry). So 2015 cards are usually out. 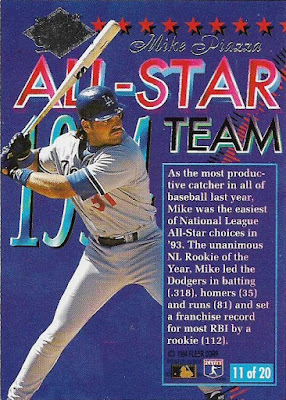 Obviously, some collectors are a lot more versed in cards than I am, especially from the '90s. But inserts work well as the back-end card. They're not as commonly viewed as base cards.

And that's the template for a well-presented Night Owl package.

Of course, this doesn't apply to PWE packages or great big envelopes or boxes. People with oodles of snazzy cards probably don't care about this either. They have presentation for miles. This is more for your average-sized envelope and mostly filled with team or set wants.

Also, I don't do this every package. I don't need people expecting cards to fall exactly that way every time they get a package from me.

But I know that some of you order cards the same way so it's not like it's a trade secret.

Presentation. It's important. There's nothing worse than somebody saying, "sorry, we had to chop you."

Robert said…
Now that you mention it, the heavy hitters (for me anyhow) were towards the back end of the "pack" you sent me.

night owl said…
I so value your opinion, what, oh wise one, should I be watching instead of that show -- and make it good because I'm going to tear your choice(s) to pieces.
November 24, 2015 at 9:26 PM

Dan said…
I may be the only one, but whenever someone sends me a stack of cards, or even when I open a pack of cards, I lay the pile face down and flip one by one until I reach the bottom.
November 24, 2015 at 9:45 PM

Unknown said…
If it was not for presentation, I might have never decided to start collecting cards way back when I was a kid. Presentation is everything. Look how well presented this blog is for example.
November 25, 2015 at 8:24 AM

Greg said…
I respect Chopped, but I prefer Cutthroat Kitchen. I think it has something to do with Alton Brown's charisma.
November 25, 2015 at 8:31 AM

GCA said…
I only watch Cooking channel for Giada....

One time I sent my buddy some cards for his birthday. Wrapped them in an old '87 Topps wax wrapper. He thought I threw in an actual pack of '87s until he opened it and it was list hits and an autograph.
November 25, 2015 at 11:14 AM