November 17, 2015
This is my seventh straight day of work. The dog's sick, too. So I'm pretty exhausted.

But I have just enough energy to name some set designs.

I haven't done much of this lately, other than name 2015 Topps the sonar set, and I feel like being pretty random. 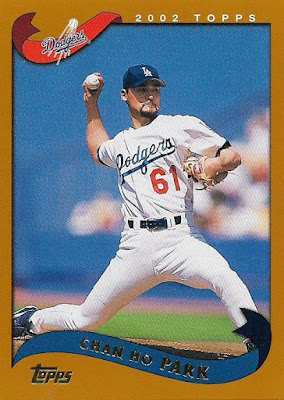 2002 Topps could be all about the ribbons, but it's not because of the remarkably off-putting gold color on every card.

The border color is the overwhelming "star" of this set. I could be mean and call it the "vomit set," since it's probably what an entire binder of this set looks like -- like someone puked all over the binder.

But let's have a bit of decorum.

To me, this set reminds me of one thing:

I love mustard. And now I like 2002 Topps a little bit better. 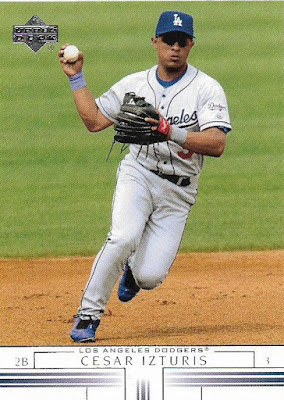 2002 Upper Deck is up next. Now Upper Deck always tries to defy you in naming its card sets with its minimalist designs. I'll admit the white anchor box is a bit non-descript and also weird. White? why?

But it does remind me a little of this: 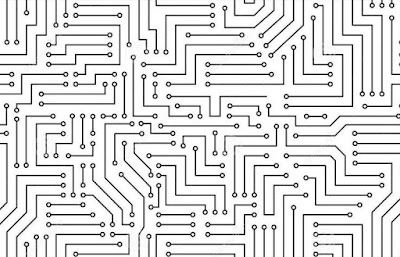 A white circuit board. 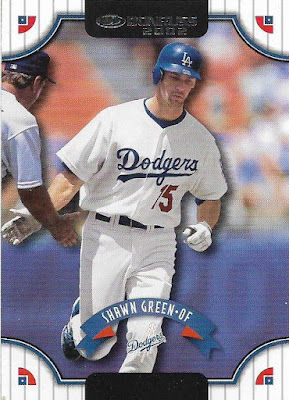 I don't have a design name for 2002 Donruss yet. It sort of reminds me of curtains or a framed photo. I'll think a little on that and see if I come up with something. Or someone could volunteer a name. There are plenty of Define the Design names that have come from readers. 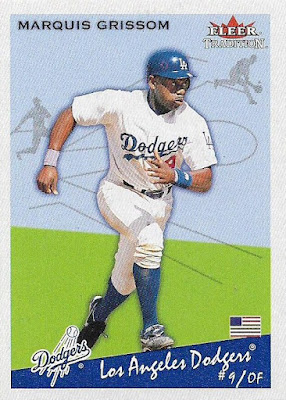 Fleer didn't have a flagship set in 2002. But that didn't stop it from issuing oodles of sets. One of those was Fleer Tradition. This particular year Fleer Tradition stole from the 1934 Goudey set, and so I'm calling this the "1934 Goudey homage set."

But if I call Fleer Tradition the 1934 Goudey homage set, then what do I call this set? 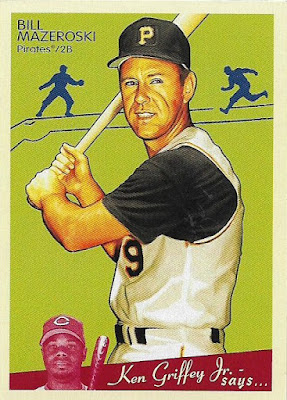 Oh, you card companies. So original.

This is from 2008 Upper Deck Goudey, and I'm going to call this set the "Ken Griffey Jr. set." The guy appears on every card, he deserves to have his name in the name of the set.

And, so, that naturally follows that 1934 Goudey itself: 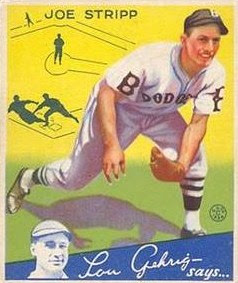 Is the "Lou Gehrig set."

I may work seven days a week, but the pay sucks.

(The above Define the Design names will be added to the list soon).

AdamE said…
The 02 UD looks more like one of those newfangled scan codes than a circuit board.

Brett Alan said…
The Upper Deck set design isn't random enough to make me think "circuit board". My instinct is to call it the "Ionic Column set".