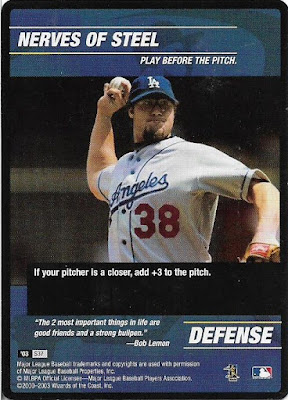 There have been times when I've wondered what it would be like for Night Owl Cards to go dormant for more than a week.

It's not a "wouldn't it be nice" wondering, but more of a "what would I do" wondering. What would it be like to go back to 2007 and find myself with free time and not hop on the blog? That would be so weird. I might have to make eye contact.

In the history of Night Owl Cards, my longest breaks have been four or five days, I think. It's possible I took a week in there somewhere, but that's the maximum. The reasons for that are:

Believe me, I'm plenty busy. My job is brutal with free time. It won't allow it. I am a parent and a husband and a home owner, all very demanding occupations. Yet, somehow, I find time to do this. And, yes, I don't know how I do that. It's got to be sheer will.

A number of bloggers have quit blogging or gone on extended hiatuses. Recently, three very avid and well-read bloggers have either stepped away for good or for an extended period. I admit, I wonder what it's like to turn off the switch and walk away. Are there withdrawals? I bet there would be for me.

One of the side effects of letting the blog sit around for longer than a month or two is you run the risk of people forgetting about you. Regular blogging has a lot of purposes -- improving your writing, keeping the demons away, and keeping yourself in everyone's mind. Other bloggers are just as busy as I am. They're going to forget about you if you're not pumping out copy.

But Dimebox Nick has found a way around this. A month or two ago he announced a break from his blog to focus on job and school. But just so people don't forget about him, he's still trading cards. I've seen several bloggers post cards from Hiatus Nick, and I just got a few myself a week or so ago.

Nick jammed 19 cards into one PWE with one forever stamp. That's expert packing. Probably something you learn when not blogging.

Let's see some cards that came out of that envelope: 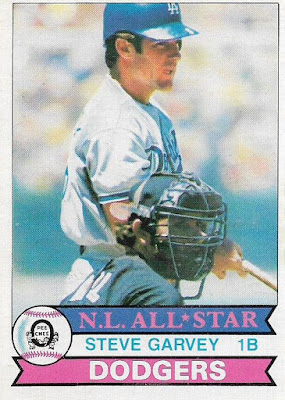 How about this? An O-Pee-Chee Steve Garvey from 1979. This card doesn't get enough credit for how unusual it is, especially for that time period. The baseball dates factoid on the back is almost impossible to read because OPC had to jam English and French into the box for both the question and the answer. 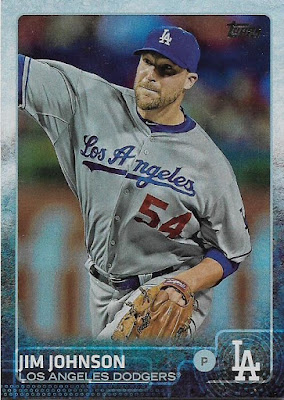 This is the foil version of the card of a reliever who will never wear a Dodgers uniform again -- OK, I take that back. If he is a grandfather someday and his grandkids play baseball and their team is called the "Dodgers" and he coaches the team and the coaches on that team also wear uniforms then, yes, he will wear a Dodgers uniform again. I didn't want to jump the gun there.

(P.S.: Jim Johnson went to a high school that is about 2 miles from where I grew up. I should be a little nicer to a Union-Endicott graduate. But, damn, that ERA). 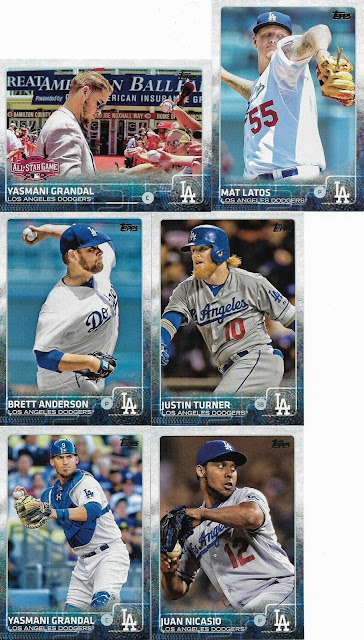 Here are a whole bunch of Update Dodgers, which will either go in my Dodgers binders or toward my unspoken intention to collect the Update set (oops, it's out!). Update is the only place I know where two Yasmani Grandal cards in the same set is justified. And by "justified" I mean "totally unnecessary." 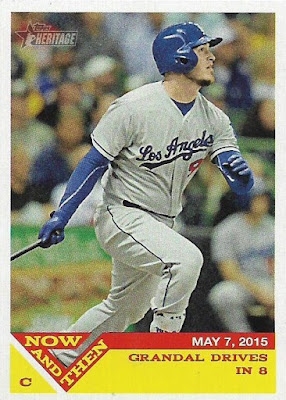 Well, this is turning into a Grandal-heavy package. This is a card from the Heritage High Numbers set. The back goes on about Don Drysdale, yet there is no photo of Drysdale anywhere. I cannot abide. 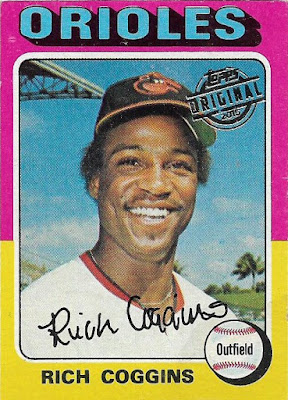 Here is another crazy 1975 Topps buyback! I've been waiting awhile to add buyback number 38 to the '75 collection.

I have a feeling this will be a larger priority of mine next year. I need a collecting pursuit that gets me giggly. 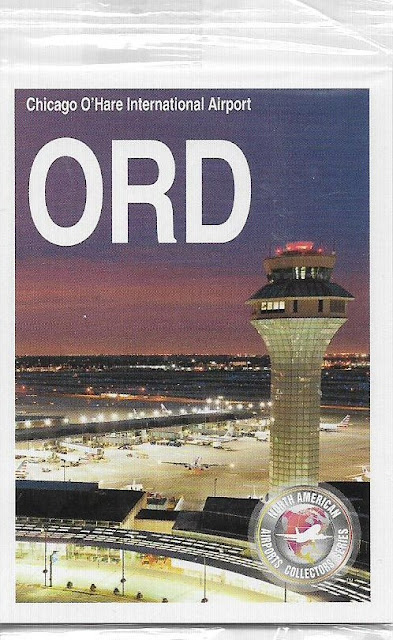 This is a trading card of Chicago's O'Hare Airport. It also happens to be a night card (or probably dusk, actually).

I didn't know something like airport cards existed, but as you can see in the bottom right corner, it is part of the North American Airports Collectors Series.

Convinced yet that Nick lives in Trading Card Nirvana? There are freakin' airport cards there! 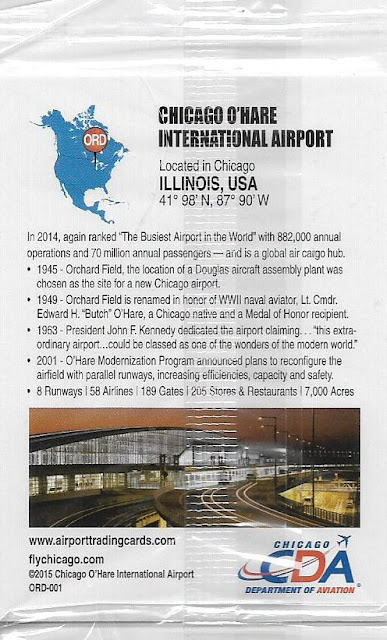 On the back, you can see that there is a website called airporttradingcards.com. When you go to the site the first sentence is: "aviation geeks rejoice."

Well, we all collect what we must. Probably something else people do when they stop blogging.

Thanks for the cards, Nick. Smart move keeping your name out there. Hurry back.

Oh, and as for the post title? I hope I didn't freak you out too much.

JediJeff said…
"I hope I didn't freak you out too much"

Mike Matson said…
I'm fairly new to the blog game.. Since the offseason started there have been times where I haven't written for a few days. Almost never home right now either..
November 20, 2015 at 10:39 PM

Zippy Zappy said…
I spent a month off earlier this year and somehow my blog still got page views in the thousands.
November 21, 2015 at 9:13 AM

Nick said…
I'm always glad to send cards to fellow collectors like yourself, but it has helped to keep my name out there during my hiatus. Happy you found a few in there you needed! With your responsibilities, I don't know how you've run your blog for as long as you have as consistently as you have, but I'm glad you do it.
November 22, 2015 at 10:55 AM