There's nothing like having cards flown to your home 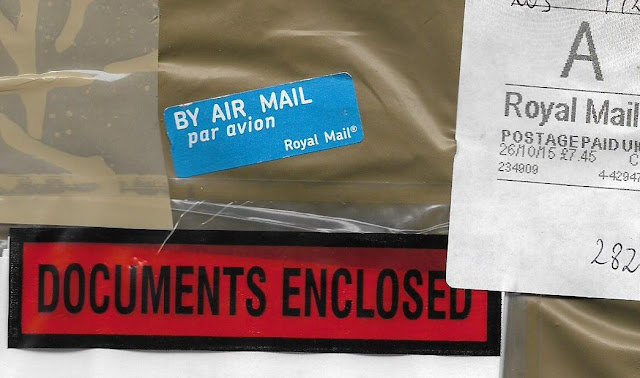 So I've been doing this blogging thing for probably too long. Way back at the beginning, I made a trade with a collector in England. I couldn't get over how cool that was -- that someone, first of all, collected baseball cards in Europe, and second, that you could swap cards with someone who was that far away.

Well, it's been years since that first transaction with Jack Plumstead and there have been several others since. And the thrill is no less diminished. In fact, since it's been a little while since John and I last exchanged cards, this latest deal may have been as exciting as the first.

It strikes you right when you see the outside of the package, which is like no other package outer-covering that comes to my home. The words "documents enclosed," from a package mailed within the United States would either freak me out or send me into a state of depression. But not with something overseas. Overseas, "documents" means cards!

Of course, the "Air Mail, par avion" is nothing but charming and the same goes for "Royal Mail." This isn't something from down the street or even over the border. This baby was FLOWN to me.

And perhaps the most amusing part of getting cards from John way over there is that I have to go "way over there" to get cards I'm supposed to be finding at my own Walmart a 10-minute drive away. 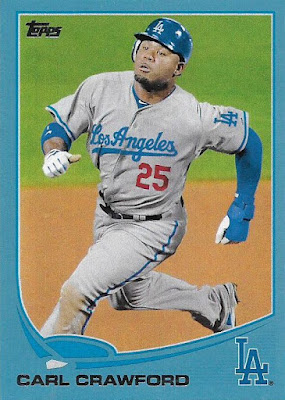 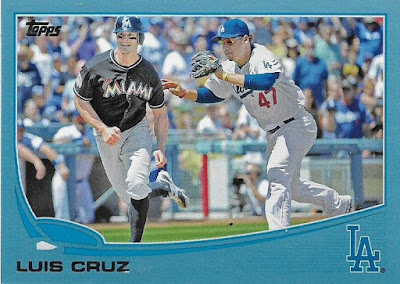 These cards, now two years old and Walmart "exclusives," were knocked off my want list by someone who lives so far away that Walmart is known as "Asda." I highly doubt Asda featured blue parallel baseball cards in 2013. 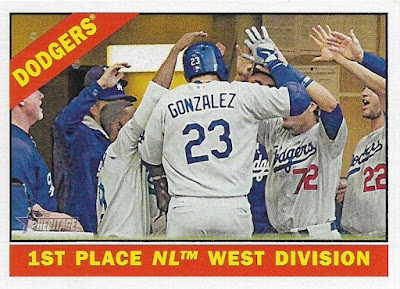 John did a heck of a job with my current wants, too, far better than I can with big box stores all around me. This card from this year's Heritage has eluded me all of this time (yet I received a second one in the mail just the other day). 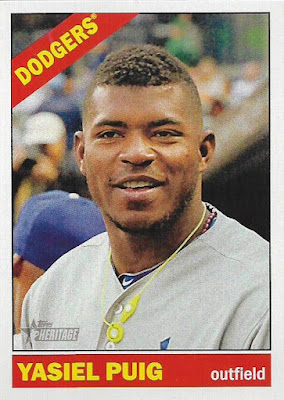 And how about this? One of the many elusive Dodger shortprints from Heritage. Puig and Dee Gordon and Adrian Gonzalez have been nowhere to be found, while it seems like Zack Greinke and Kenley Jansen are triple-printed shortprints. 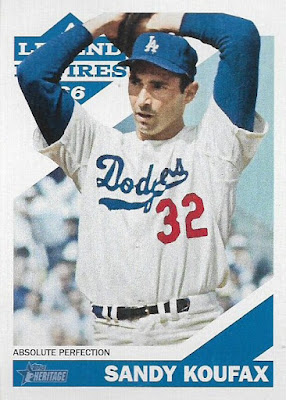 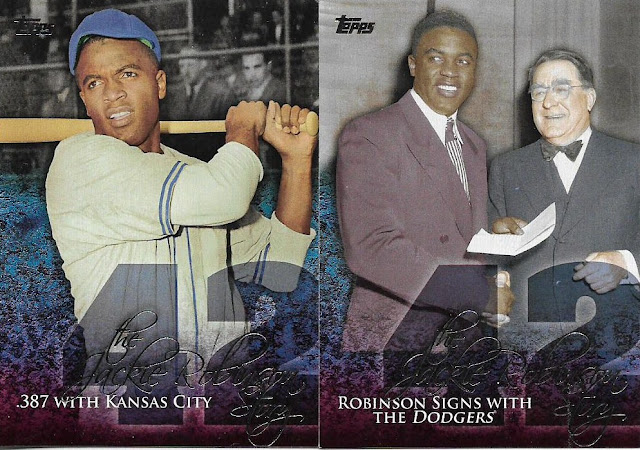 I was very excited to see these two Jackie Robinson Story cards featured on John's blog awhile ago because I needed both of them, for what I thought would complete the set. It turns out I still need card No. 5. I probably could pick up the full blister set at Target tonight, but I'd rather collect it and throw it on the Nebulous 9 list. 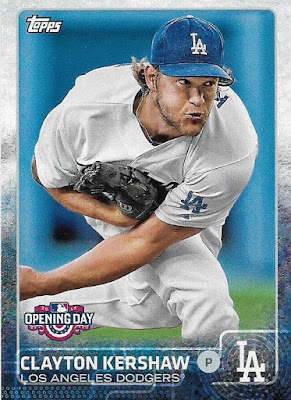 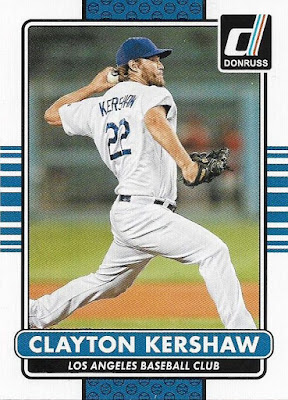 A couple of 2015 Kershaws airmailed to my home. The more you think about it, the cooler it gets. 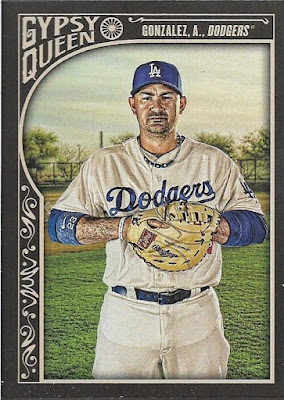 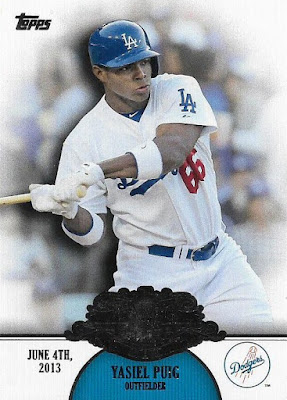 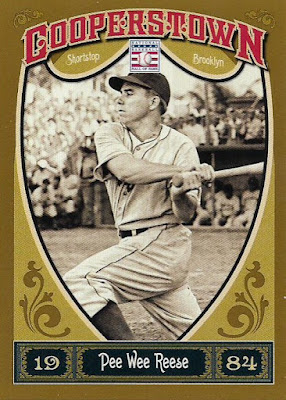 Lots of Panini Cooperstown in this package. I decided I wasn't much of a fan and haven't bothered to track down all the Dodgers from the set. I know I need this one. 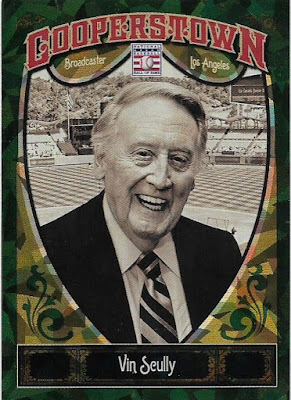 This is the highlight of the set, of course, and J.P. sent along the green crystal whatever-heck version. 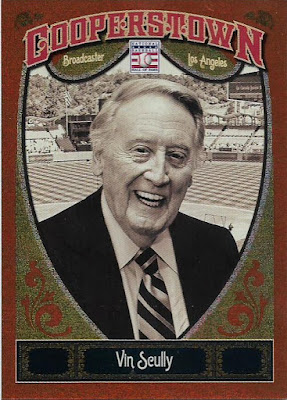 AND the orange sparkly parallel of which there are only ... only, get yours TODAY ... 325 copies.

Something tells me that Vin Scully is a base-card kind of guy, but I'll let the orange parallel slide because it's Vin. 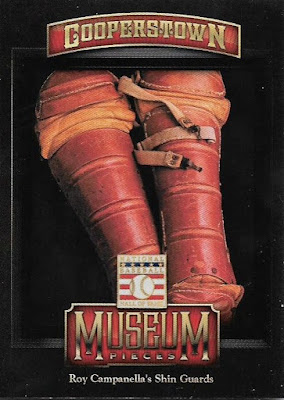 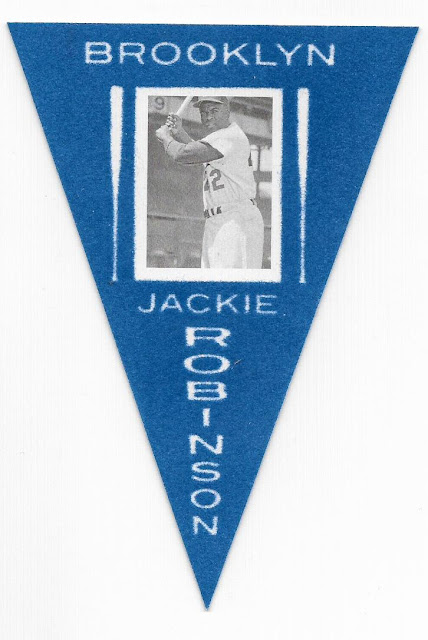 This was packaged for safe-keeping and I almost missed it until I read the accompanying note. It's a pretty nifty mini pennant. I have no idea how to store it, but definitely nifty. 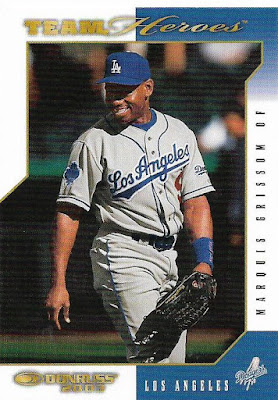 Amid all of the modern cards were a handful of cards from a decade or so ago. This one made the cut -- because Team Heroes is a set that never ends. 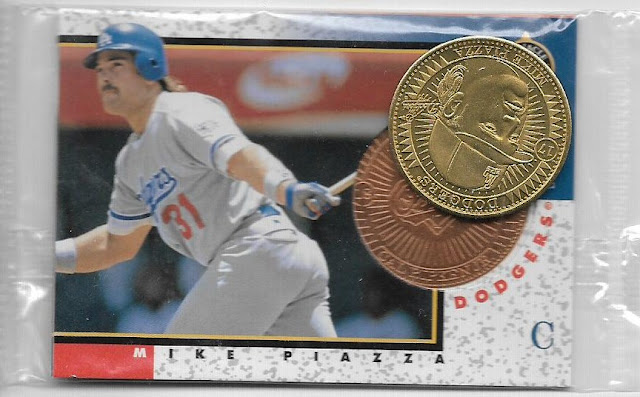 Also making the plane trip over was a sealed Mike Piazza Pinnacle Mint card plus coin. If you look closely, it's packaged with something that says "Orioles" on it. 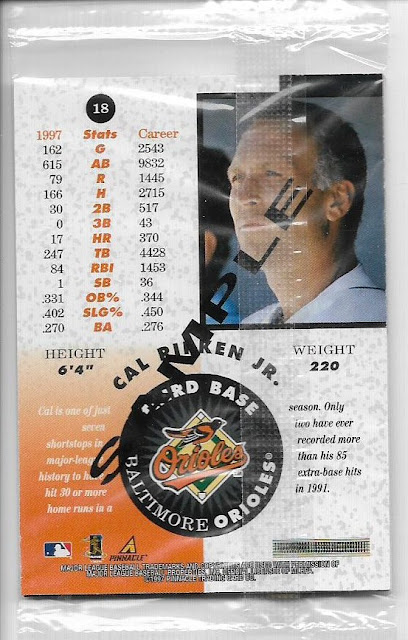 That's because there's a Cal Ripken Jr. sample card also in the package. And it turns out the Piazza card is a sample, too.

Now, I wasn't around to collect Pinnacle Mint in 1997, so I know nothing about this stuff, but I had no idea there were sample cards. I've got to go all the way to the United Kingdom to learn this stuff. 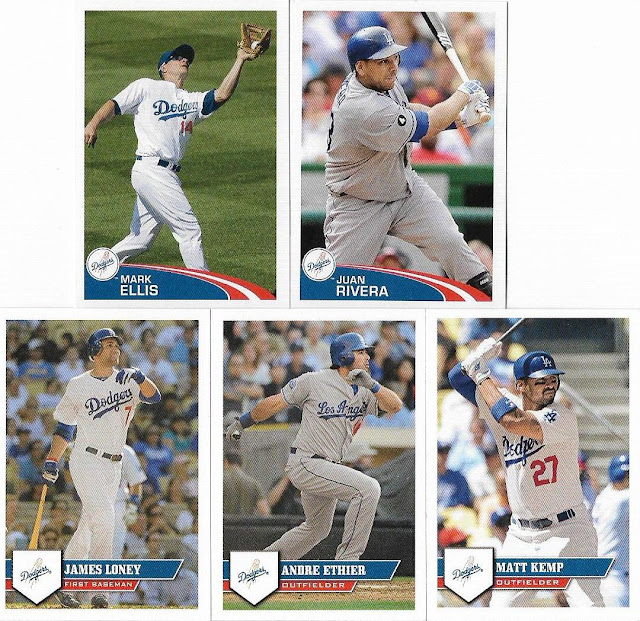 Stickers! Stickers are made much sturdier than they were in the '80s. I think Topps knows that some people ain't ever gonna stick 'em. 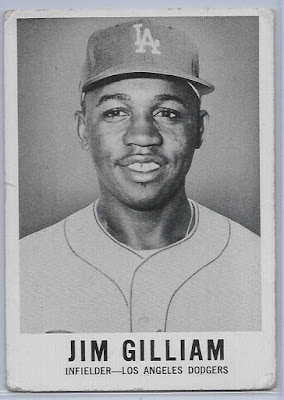 Finally, let's go way back into vintage for a rare edition to my 1960 Leaf Dodgers collection! I'm not picking cards up like this in America.

John said in his note that he had the pennant flag waiting for me for awhile but little else to send " and then BAM! Dodgers!"

Boy, I wish that would happen to me.

But at least someone is willing to fly their BAMS out to me.

It's still as awesome as ever.

Zippy Zappy said…
Hmm, I probably should've initiated a trade with you back when I was living in Japan.
November 6, 2015 at 9:51 PM

Kevin Papoy said…
Absolutely all of my cards are flown over to me. I probably take it too much for granted !
November 7, 2015 at 3:31 AM

Fuji said…
Great package. Do you happen to know what product that Jackie Robinson pennant is from?
November 7, 2015 at 7:42 AM

jackplumstead said…
Unfortunately ASDA do not have baseball cards,although it says quite clearly on the huge signage 'Part of the Walmart Family'.
November 8, 2015 at 2:20 PM