He can trade with you, too 2 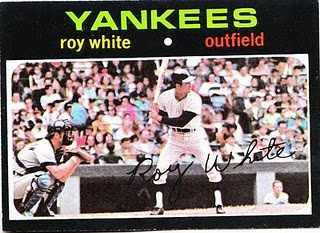 But in the end, the 1971 card received the most votes (8-to-6-to-5) and will now reside in the "best of the '70s section" of the sidebar. I thank those who voted. I realize White isn't as well-known as some of the other guys, but he means just as much to me as some of the stars from that decade.

Now, it's fitting that I'm showing a Roy White card because I'm getting ready to reveal the other half of the contents from the package from Jerry.

The first half were all cards from my wants -- either Dodgers or set needs.

The second half was this ... 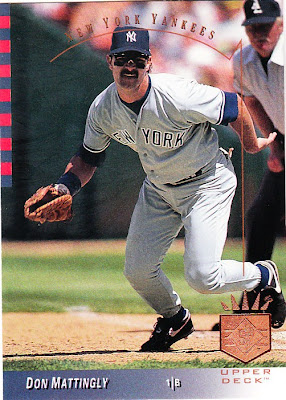 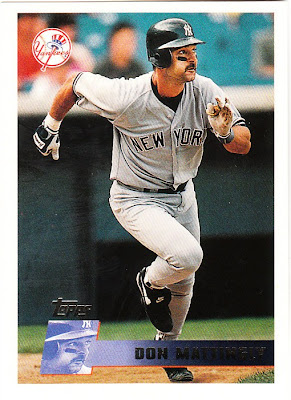 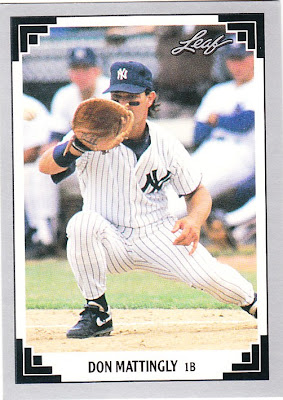 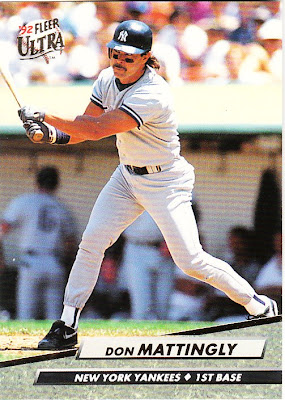 But that's not telling the whole story. Jerry did see this post. And I did say in that post that I was trying to move past Don Mattingly's Yankee-ness and embrace his Dodger-ness as L.A.'s new manager. I also said I was trying to hold on to the few Mattinglys that I had, and wouldn't mind obtaining a few more.

Well, chalk up another wish granted through this here blog. I've got me a lot more Mattinglys.

The last time Donny Baseball was on this blog, I counted down the favorite Mattinglys that I had in my collection. I think I'll do that again, only among the Mattingly cards that Jerry sent. But I'll keep it to a Super 7. 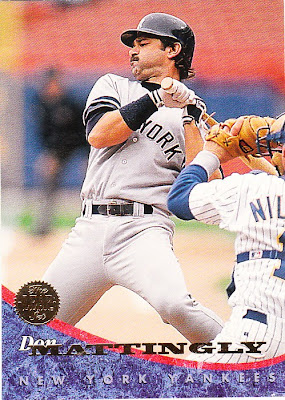 7. 1994 Leaf: Mattingly getting brushed back by the Brewers. Judging by the background, absolutely no one was outraged by this. 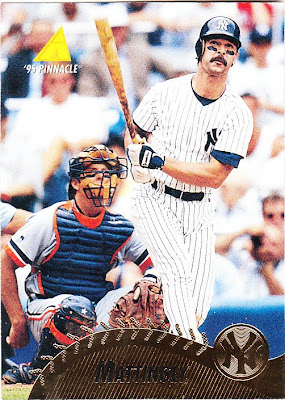 6. 1995 Pinnacle: Mattingly responded to that chin music by hitting one out against Detroit. Or maybe it was foul. Hard to tell. 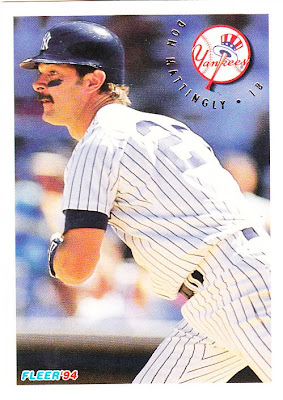 5. 1994 Fleer: No doubt about this one. Mattingly definitely has himself a hit. By the way, everything looks better on 1994 Fleer. 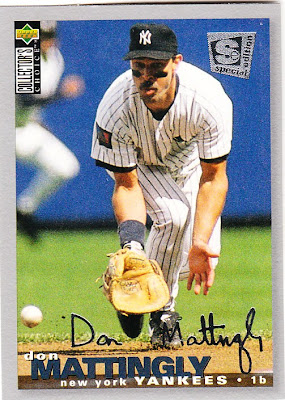 4. 1995 Collector's Choice SE: Donny Baseball is sticking his tongue out at the baseball. Seems immature to me, but you'll never accuse ballplayers of being too stuffy. 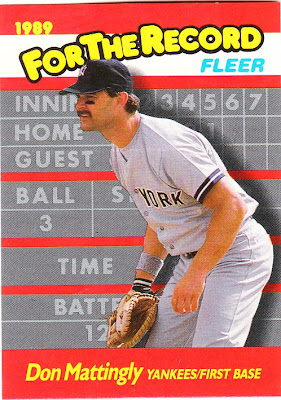 3. 1989 Fleer For the Record: You can't go wrong with a Bazooka-like design. It makes even a static shot by Mattingly look interesting. 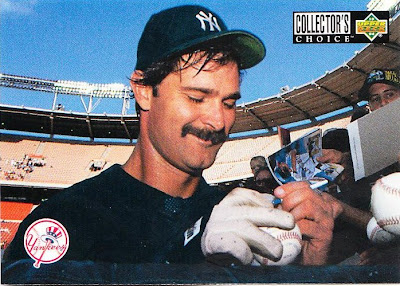 2. 1994 Collector's Choice team checklist: Judging by the program a fan is holding out, Mattingly is signing at an Angels game. Apparently, in front of a stadium filled with 126 fans. 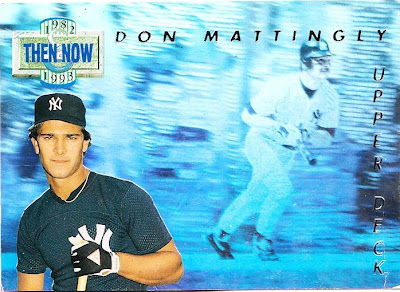 1. 1993 Upper Deck Then & Now hologram: Weeeeee! This is the card that I mourned trading away on the previous post. It's back in my hot little hands again. It's really an awesome-looking card.

So, how about that? I end up with a stack of Yankees, and I don't mind at all!

Jerry helped me in a lot of collecting areas, and I'll be happy to pass along the email addresses of those who said they'd like to trade with him. I'll probably pass along a few more addresses, too, from some of you folks maybe too shy to speak up.

I think you'll see it will be worth it. He not only helped me knock off some wants, but he also helped me add another state to my trade map: 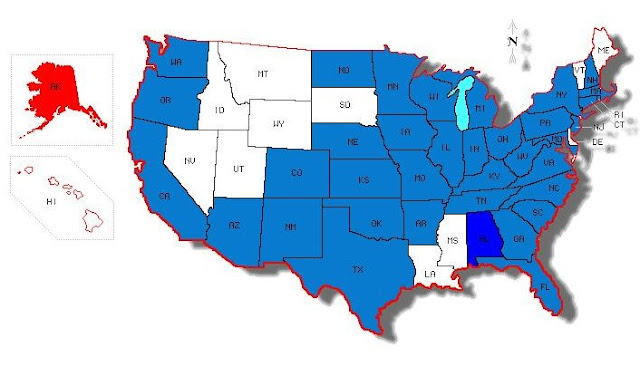 Alabama is the latest state on the list to include a resident with whom I've traded. Thirty-seven down and 13 to go.

Collective Troll said…
I am glad to know that I am not the only blogger who tracks trades by state. I am surprised that I have more states covered than you though... There are card collectors all over the place, but I can't recall ever getting a package from South Dakota... I still owe you a trade post and I have a package heading your way...
October 29, 2010 at 1:13 PM

Andy said…
You can always send me the Mattingly cards...he's my favorite player and multiple times I've tried to build a collection of all his cards (but each time I've ended up selling them off.)

I think I've mentioned this before but your blog is incredibly slowly-loading for me...if it were not for the high-quality content, it would be enough to dissuade me from reading it.
October 29, 2010 at 8:44 PM

night owl said…
I find a number of other card blogs take a noticeably longer time to load than mine does, Andy.

Daniel Wilson said…
Mattingly was my first favorite player. I got his autograph this week at an AFL game. Even though he will be managing the D-Backs division rival I wish him well as manager of the Dodgers.
October 30, 2010 at 12:17 PM