Bipping has jumped the shark

February 17, 2010
Remember when bipping was harmless entertainment between bloggers? You would send out a few Lenny Harris dupes, he would send you back a bunch of Eric Chavez cards (because everyone has those), and you'd each enjoy a hearty chuckle.

Then people started getting e-bipped. Then the bip-master was assaulted with 210 Dave Gallaghers by a prospector gone bad. Things are getting crazy.

The other day I was bipped by someone who doesn't even have a blog. Really. This is how I know that bipping has jumped the shark. It's not trendy anymore. It's like when you saw your grandmother do the Macarena. OK, that's a poor example. The Macarena was never cool. But you get my point. Bipping has escaped into the general population. This is totally out of our control now. If I catch folks at the nursing home down the street bipping each other with the seven of clubs, I am going to freak.

So, anyway, the non-blogger in question is/was my good buddy Max. You may have read yesterday that he sent an unexpected package to dayf. The Cardboard Junkie was immediately suspicious. But he had no reason to be, because it was just a bunch of Chipper Jones cards. Emphasis on the word "just."

Well, I also received an unexpected package from Max. He had already sent me a package recently, so this one puzzled me. Like dayf, I got a little suspcious. But I passed it off as the paranoia of a five-time bippee, because, silly me, Max doesn't have a blog.

So, I opened the package as carefree as a newborn puppy. The first card made me even happier and more puppy-like: 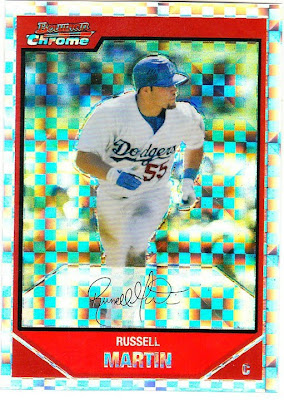 An '07 Bowman xrefractor of Russell J.

But then, behind Russell J. was Rickey. 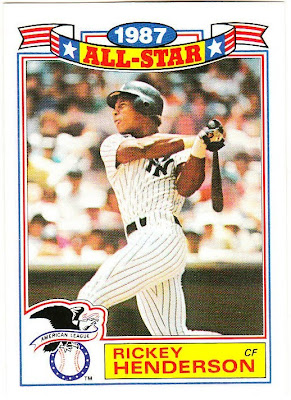 Huh, that's funny. I don't really collect non-Dodger Rickey. But it's nice to get a Rickey. So whatever.

The next card was an unlicensed Matt "I'm not dating Rihanna" Kemp. 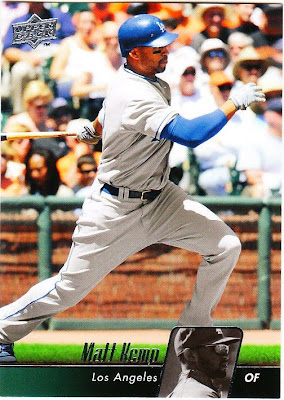 All right, Rickey, you don't have to hit Night Owl over the head. Night Owl knows he's being bipped by Rickey. Let's get this over with.

Next card, another Russell J. 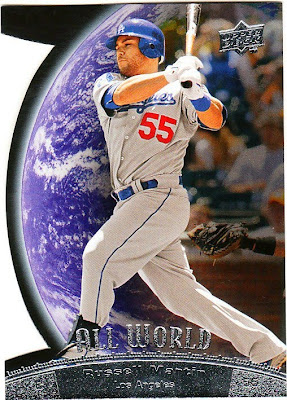 This is the die-cut All-World insert from this year's Upper Deck. It's kinda cool, although I'm afraid I'm going to bend the things sticking out on the left.

All right, bring on the Rickey.

Yeah, yeah, Rickey, you're the greatest. But nobody needs this many of you. 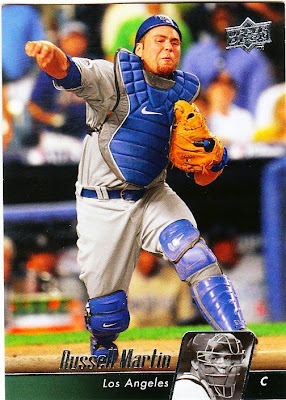 More 2010 Russell Martin. He looks very Yertle Turtle in this photo. But that's a rare fine job by UD of hiding any logos. Except the Nike logo, of course.

Damn, Rickey. The least Rickey can do is put Rickey's tongue back in Rickey's mouth, can't Rickey? 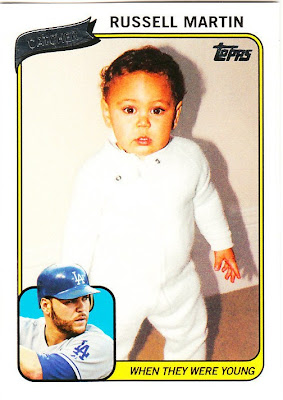 Hey, it's the only one of these When They Were Young cards that I actually want! Young Martin looks like you just told him Brian McCann was better than him. That just won't fly, even with a toddler.

Rickey, this is getting old. Can't you at least show up in a different uniform? Yankee pinstripes trigger my gag reflex. 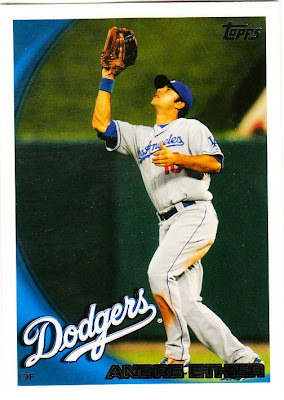 Andre. I have this card already. But at least it's not ...

... Rickey. (*sigh*). I've lost count. How many is that? Six? Seven? About the same amount of bippings that have been sent my way. 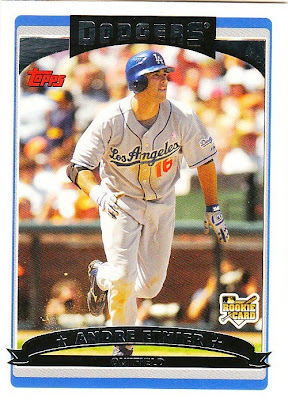 Another fine Ethier card that I have already. I was very happy when I pulled this card.

But it's been a long, long time since I've been happy to pull Rickey. When will this end? 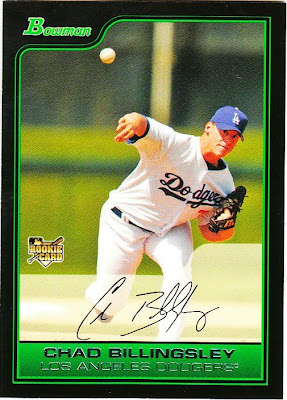 Hey! A guy who I know will have a great comeback year this season. This card is in better shape than the couple other versions I have.

But of course all of these Rickeys are in super pristine shape. I think Max is printing these things in his basement. 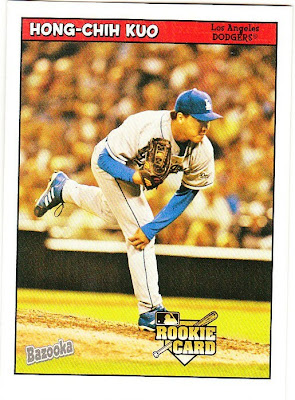 One of the Dodgers' many relievers for the upcoming season. Kuo's arm has been operated on so many times it may fall off right there on the mound one day. 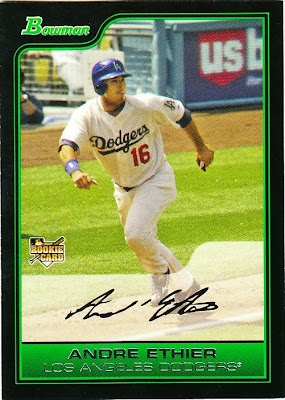 More Ethier rookie goodness. I have this card autographed. A nice blogger traded it to me. 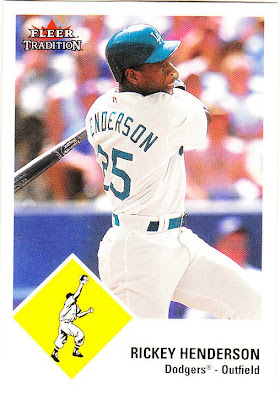 Rickey! You've changed into a less nauseating uniform! That is much better.

What's this? A note? 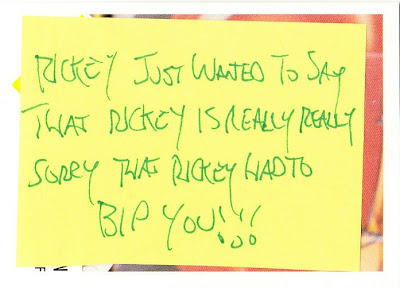 Yes, Rickey. I'm aware. See, what I mean about jumping the shark? Even Rickey knows about bipping. 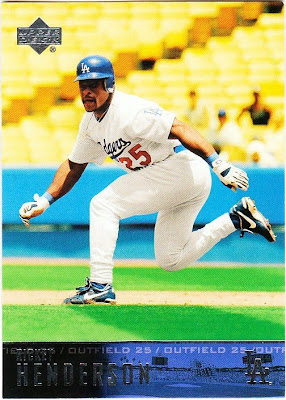 Sure, go ahead, I'll take one more Rickey card. I can't stay mad at ya, Rickey.

Max, on the other hand -- what the hell, you don't bip dayf, but you bip me? You know he's a Braves fan, right?

dayf said…
Sometimes you just have to tell children the painful truth.

jacobmrley said…
i didn't have enough braves cards to give him a proper bipping, so you were the bippee to my bipper.
February 17, 2010 at 12:32 PM

Bipping may have jumped the shark, but I have a pile of "Cousin Oliver" Bippings ready to ship.

Oh, try telling that to Topps...