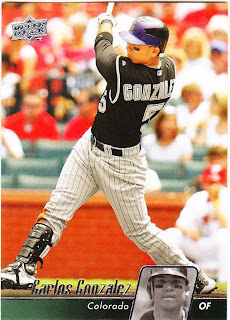 All right, the Topps apologists are getting their unmentionables in a bunch. They say Upper Deck always looks the same. They can't tell one year from the next. Everything blends together. It makes them feel like they wasted five bucks every time they open a pack.

I gotcha. Perhaps you've heard -- I feel the same way. It can be difficult to decipher the subtleties of the UD brand. I mean, if you had only 10 seconds to place the year with the Upper Deck card, could you do it with these four? 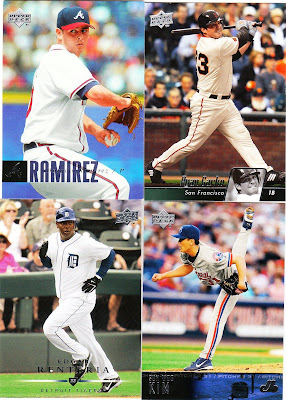 That's where I come in. Right here on this post, I am going to feature a card from each year of Upper Deck going back to 2000. I could go back farther, but the last 10 years is about where the confusion lies. (But don't ask me to tell '96 and '97 UD apart -- I still don't know).

Bookmark this post. When you are sitting there with your Upper Deck cards in your hand, and your lady friend tells you to find the UD set that corresponds with the year you two first dated, you are definitely going to want to have this post handy. 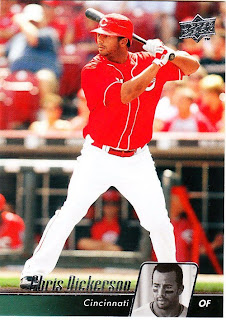 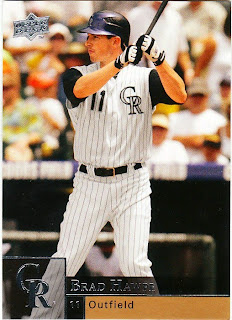 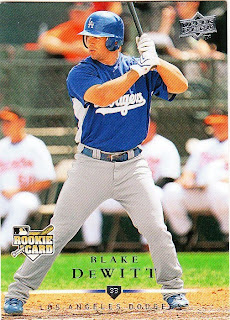 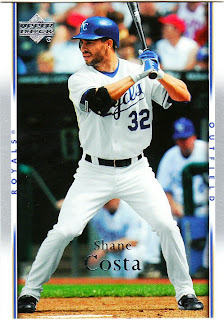 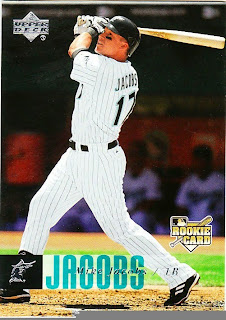 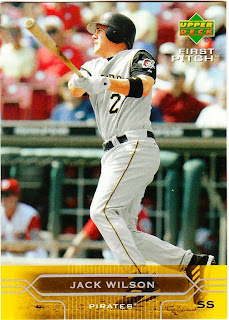 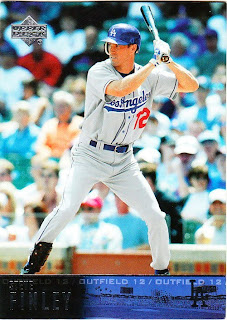 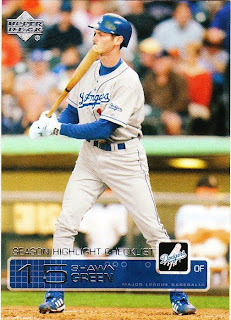 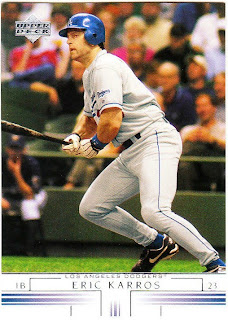 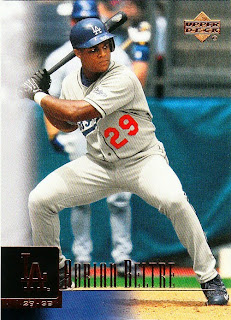 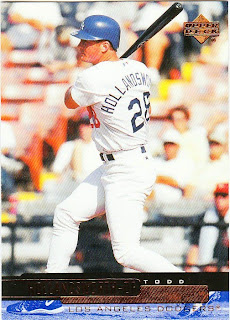 (Explainer: Yes, UD fans, I realize that you could take any card brand and find a simliar pose for each year. That's not my point. My point is there are only so many different kinds of photos you can take. Upper Deck is quite good at taking photos. But if there's no design or minimal design, you can't enhance the photo or make the card distinct. A photo by itself won't make a card stand out enough to differentiate it from year-to-year.

A set won't stay in your brain on photo alone unless there's a separate memory to attach to it -- like it was the first card set you ever collected. Iconic card sets -- '75 Topps, '93 Upper Deck -- are iconic because of photo and design. A photo is rarely iconic by itself unless it's Glenn Hubbard wearing a boa constrictor. True, you can't make an iconic set every time. But there's zero chance at all if you're not going to try).

Anyway, while going through my UD cards, I immediately noticed how this year's Upper Deck really pales in comparison to the Upper Deck cards of just a few years ago, especially 2006. That's probably because of its half-attempt to hide logos. Too bad Upper Deck didn't go full-on rebel and show logos in all of their glory like in years past. Now, that would be something to admire. 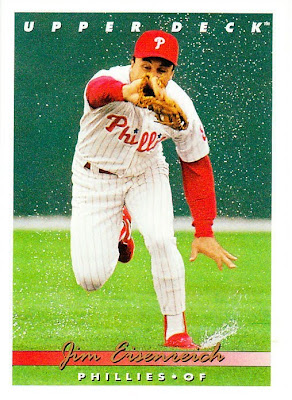 I'm still waiting for an encore. But I don't think I'm going to get one.

capewood said…
I haven't seen any 2010 UD in my neck of the woods yet. In an earlier post you mentioned their half-assed attempt to hide the logos. Donruss got sued last year for a similar not so successful attempt to hide logos. Doesn't UD have enough legal trouble?
February 9, 2010 at 8:07 PM

Ben G said…
Gorgeous photography in the "vintage" UD. Almost all of their 2000's look alikes could have benefited from a border. Full bleed is boring.
February 9, 2010 at 8:31 PM

BA Benny said…
I get the impression that through the years Upper Deck went through periods where they thought they were doing us (the card buying public) a favor by putting out a set every year and we (the card buying public) were lucky to have them. With that type of attitude comes zero motivation to make a decent or different product. At least Topps, for better or for worse, changes their style and ideas from year to year.
February 9, 2010 at 9:45 PM

Matt Runyon said…
the photography may be superior on UD cards, but borderless cards bore me.
February 9, 2010 at 10:22 PM

The Notorious B.U.D. said…
Upper Deck hasn't wowed me with their base set in quite a long time as their current calling is much more in the high-end realm. I love their photography (even though I think they pay for the images from Getty) and wish Topps would improve the photographs in their flagship release. I hope Upper Deck keeps producing cards because it's fairly evident from recent releases (Tribute and Sterling) that Topps doesn't know how to do high-end, at all.
February 10, 2010 at 2:10 AM

These card all look the same and have the awful gold foil stamp on them.

steveisjewish said…
See, I agree - UD does not have any real design element to it - but for me the photo is king - I like a lean card with sharp borders - UD brings that every year - I would rather have a nice looking card with little design than the abominations that are 10', 08' 07' etc... Topps - those are all realllly ugly cards
February 10, 2010 at 10:10 AM

GOGOSOX60 said…
There must have been something in the air back in 1993 because that is the last year I bought a box of Upper Deck cards...however I have totally ignored all their past issues since that year. Give me Topps ginger board designs every year...they may have a hit or miss but at least it's like life itself...a little variety!
February 10, 2010 at 6:12 PM

Community Gum said…
It's almost like they're counterfeiting themselves. Maybe this is what really tipped Konami off.

I think '93 was one of my last UD sets for baseball. Around that time I switched over to basketball, and I remember liking a lot of those designs (until about '98 when I stopped there too).
February 10, 2010 at 11:33 PM