The greatest miscut ever ... and some other cards 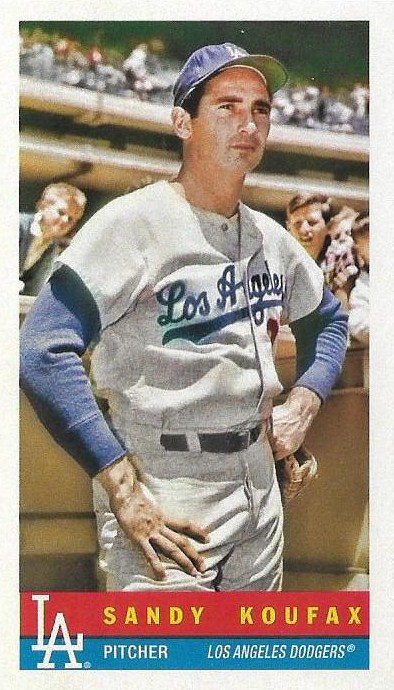 I'm not sure how coherent this post will be. I'm writing it while also trying to write a story for work on my day off, while on virtually no sleep, while being informed my car is dead for good, while it's 86 degrees inside.
But I must show off the greatest miscut card I've ever seen in person before life finally finishes me off.
Here: 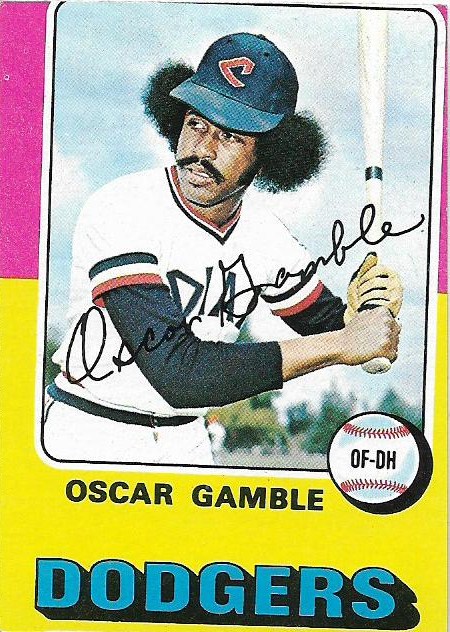 This is a Dodgers card, no?
This piece of cultural significance arrived from Corey, that well-known Tim Wallach collector. I don't know where he found it. It is such a perfect miscut card in every way -- notable '70s cult figure, Dodgers team name firmly intact, Mr. Gamble's photo entirely intact. You know this is going in my Dodgers binders, right? It's proof that Gamble played for the Dodgers.
The back harbors goodness as well. 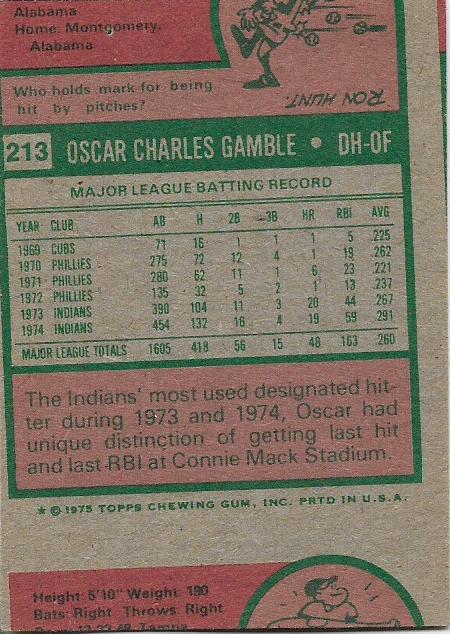 You get all of Gamble's statistical history along with the beginnings of a second cartoon at the bottom. That's the comic for the Dodger who shares the card with Gamble. And I'd recognize that bat boy drawing anywhere. That's an illustration of a young and industrious Steve Garvey. (Garvey was a bat boy for the Dodgers but also for the Yankees and Tigers). 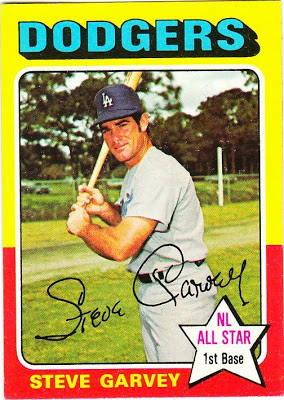 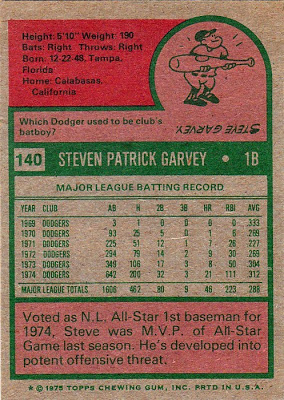 That's what the Garv card looks like intact.
So that's a pretty impressive duo on a single card! Garvey and Gamble!
There were other cards in the envelope from Corey but I don't know what the point is of showing them while you're all staring dumbfounded at that thing.
But here they are: 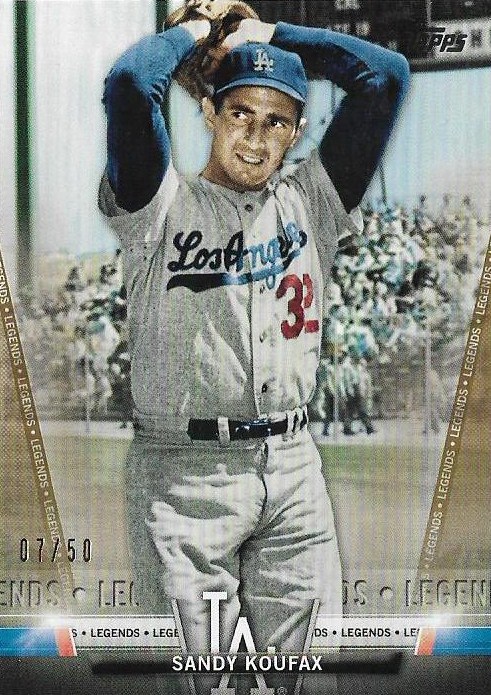 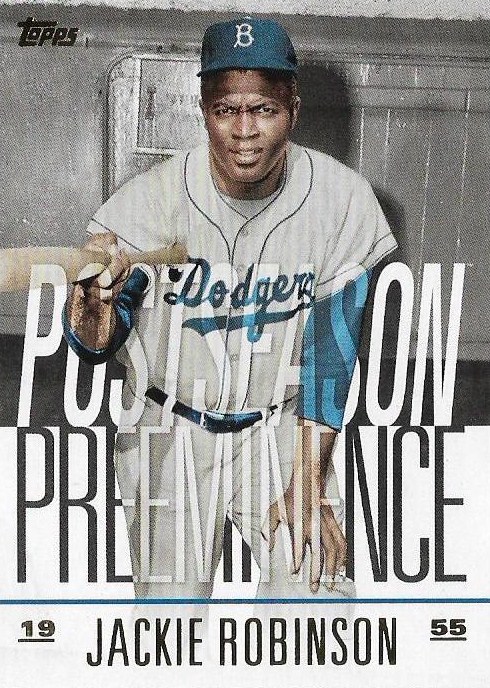 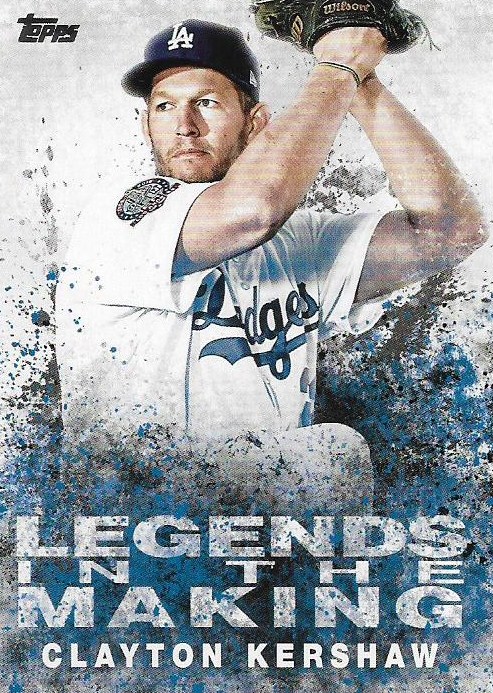 Here are a few inserts, both needed and unneeded. The Kershaw card sat on my Nebulous 9 for awhile before I finally just ordered it myself. Of course, a week later, it shows up again.
The Koufax is a parallel of some sort. Topps wants me to be  impressed. I am grateful I have it. But paralleling inserts does not impress me. 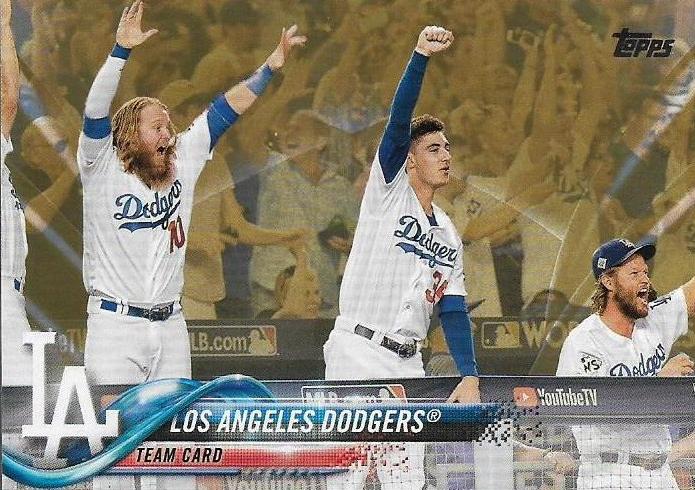 Gold parallels have been a lot less plentiful in Topps' flagship sets the last three or four years (I have like one from 2019). I don't need gold parallels but why would you make fewer of them? They're not real gold (I know, it probably means they've upped production). 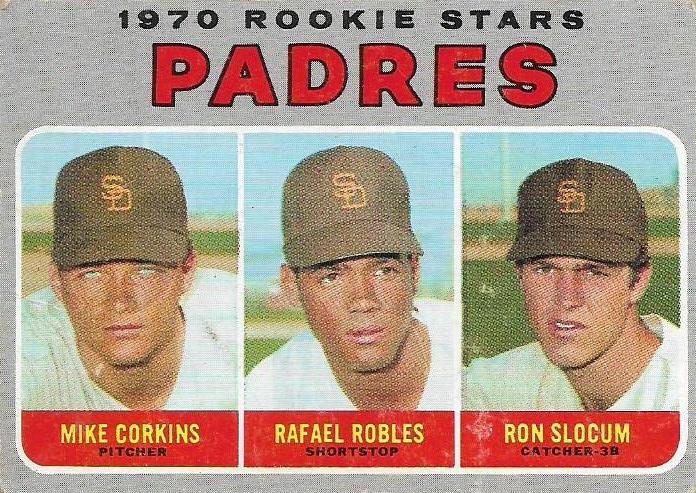 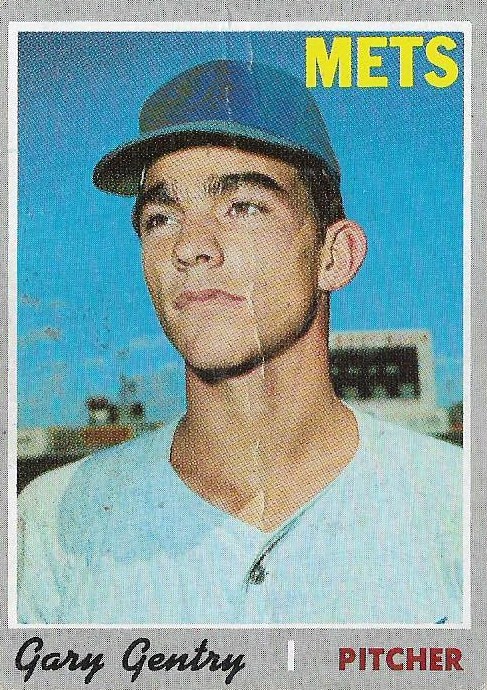 At least someone is seeing to my 1970 Topps set quest because I sure am not doing it. Gary Gentry's probably not leaving my want list in that condition but he can join many cards in a similar state in my '70 binder. I think my binder needs to go to rehab. 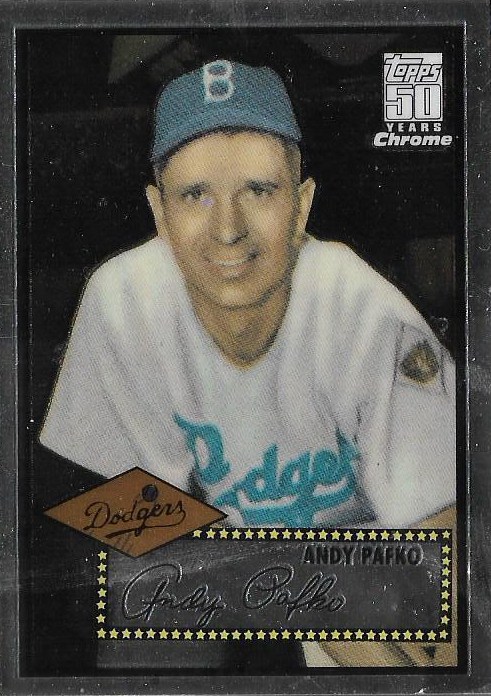 Corey sent me a bunch of Dodgers cards from 2000-02 and shockingly I had almost all of them, which doesn't seem possible for that era. I took a picture of them but my internet has been failing all day, too, so there's nothing to see. Just picture a whole lot of Topps HD and Gold Label and such.
The Pafko I did "need," in the weirdest sense of the word since I have the original already. 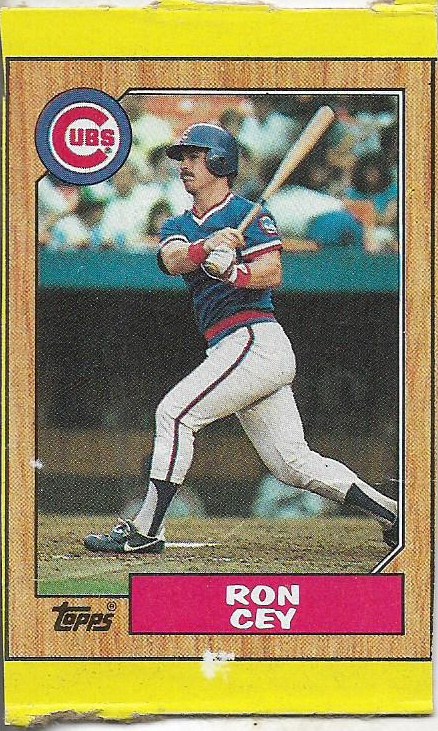 People keep sending me these counterfeit Ron Cey cards of him in a Cubs uniform. You guys, these aren't real cards. Cey never played for the Cubs. He retired with the Dodgers after the 1982 season. 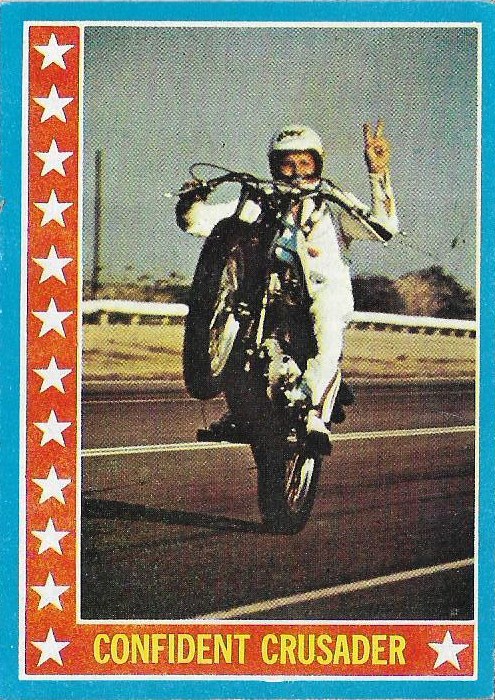 Evel Knievel!!!
Nobody talks about Kneivel anymore (he's been dead for 14 years). But when I was a kid, nobody was bigger in my third-grade classroom. I actually didn't care much about daredevils but a couple of kids cared a WHOLE LOT. One of my friends talked about him nonstop. Knievel and Reggie Jackson and Joe Namath.
My mom bought one of those knock-off Knievel toys, with the pump that propelled fake Knievel down the shoot and onto his back wheel as you see in the photo. It was not a genuine Knievel toy. We didn't care. We were never name-brand kids. I probably should like Panini more, in fact. 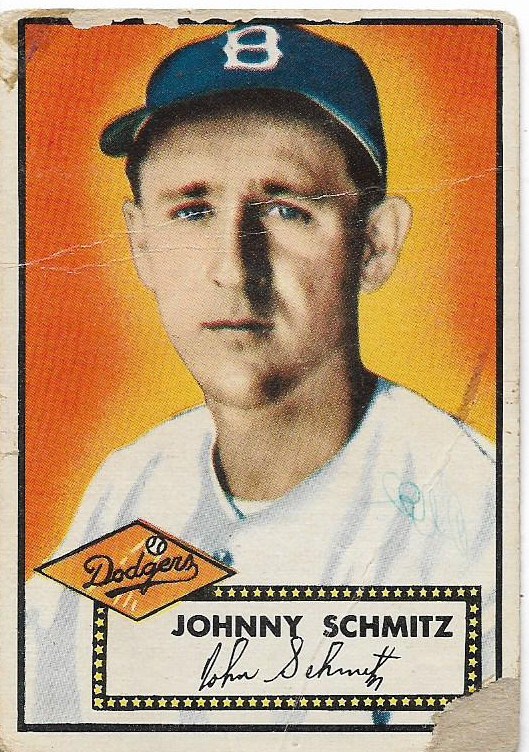 This would be the star of the show if not for the Gamble miscut. I welcome '52 Topps Dodgers in whatever form, especially if it's a card I need.
This is the last of my incoming blogger trade packages. I'm hoping I don't need to resort to TCDB trading because I loathe the idea of uploading trade bait, but we'll see.

Peter K Steinberg said…
Are Mike Corkins eyes so shockingly frightening in the original as they are in the digital surrogate? I'm destined, tonight, for nightmares.
June 7, 2021 at 8:14 PM

Brett Alan said…
The Gamble miscut is indeed fantastic--and I can't imagine anyone who would appreciate it more than you. It's as though it were created with you in mind. Makes me glad to know you have it.
June 7, 2021 at 9:15 PM

Fuji said…
Sorry to hear about your car. That's a bummer. 86 degrees inside? My dad would love it at your place. Considering I try to keep my place between 58 and 65 degrees... I'd melt under those conditions.