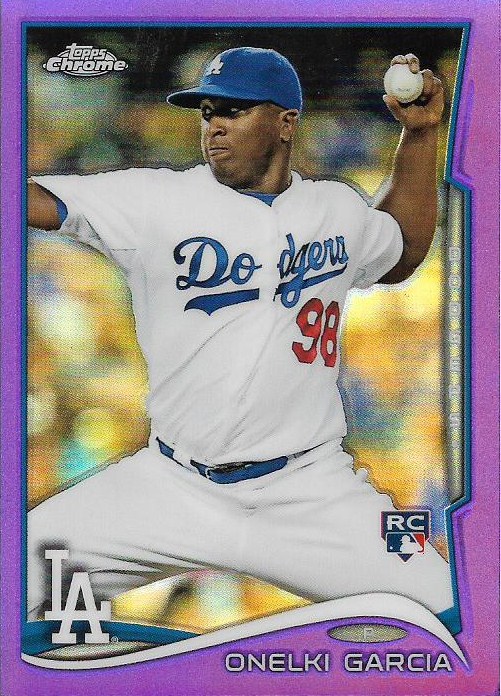 I received a mailer the other day and I can't decipher the sender.
There's the familiar "ebay" shipping label in the front, but the cards inside, although tailored to my interests, aren't anything I ordered. The return address has a female name, but I don't recognize it, and with the amount of female collectors I've come across during the life of this blog, I would know if she was a past trader.
The envelope came from Minneapolis, and again, the collectors I know from Minneapolis don't go by that address and none of them have a significant other with that woman's name, I don't think. I don't know. I don't know them that well.
So, with no note and nothing else to go on, I have to assume it's some bygone acquaintance.
This blog is in its 13th year and I've communicated with hundreds of collectors and received almost as many packages. The list of bloggers who are no longer blogging about cards is massive and impossible to fit in my shrinking brain. As much as I talk about how it's difficult for me to believe that 1980 is a long time ago, actually 2009 is a long time ago!
Many of the cards that came out of the envelope were from that bygone time as well. 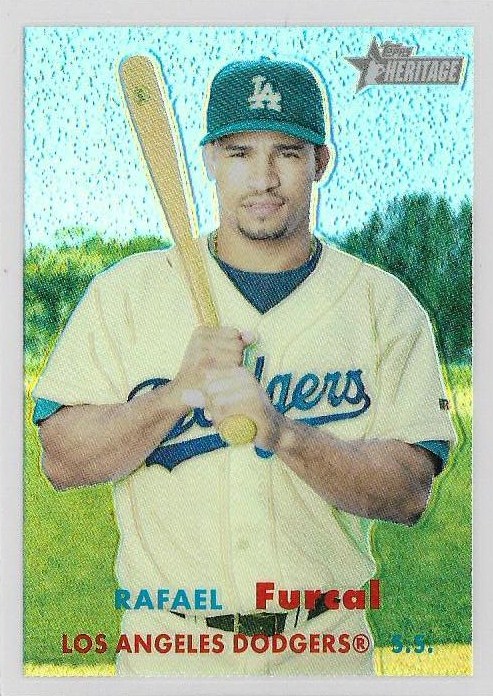 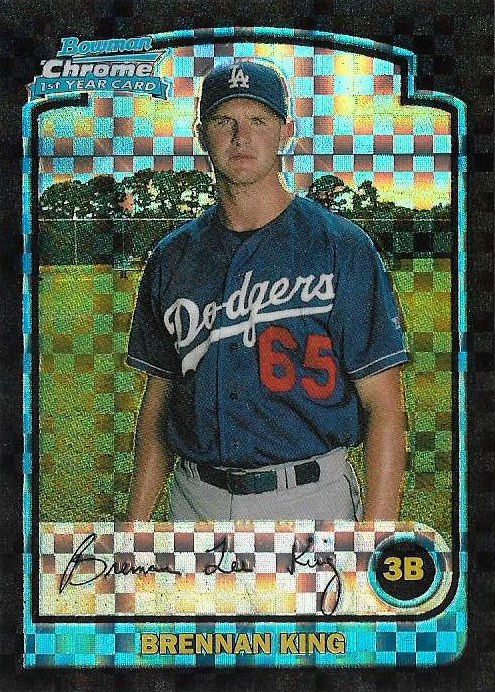 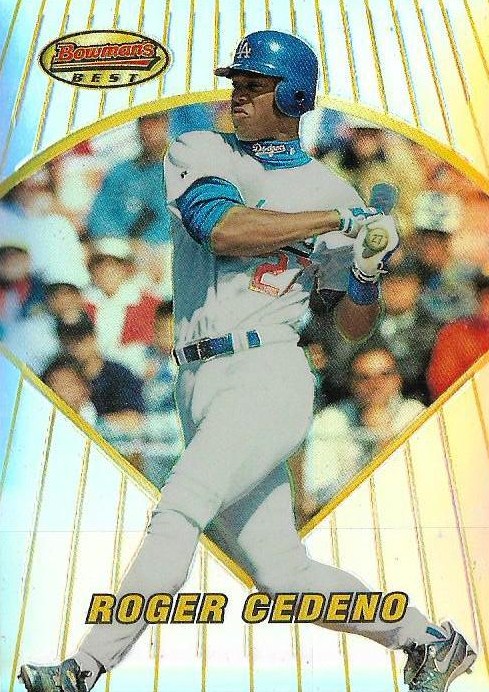 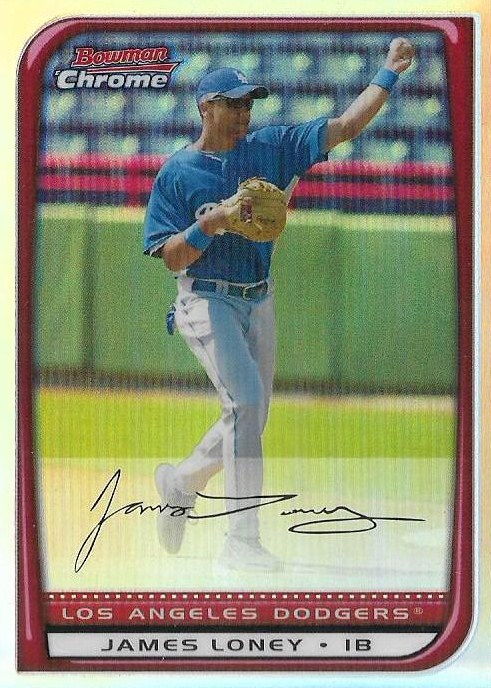 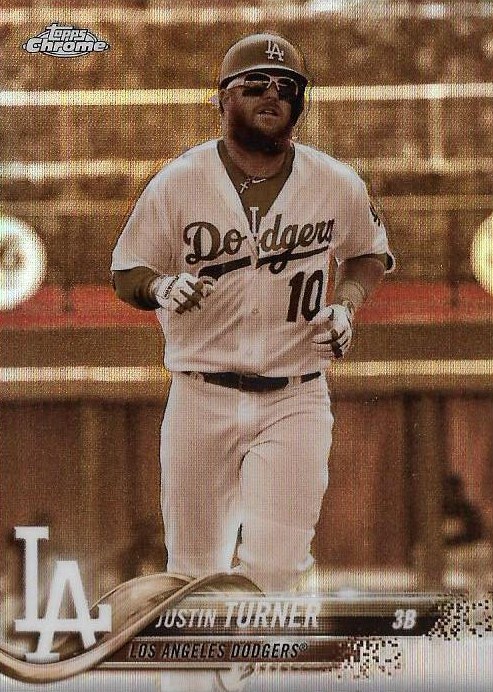 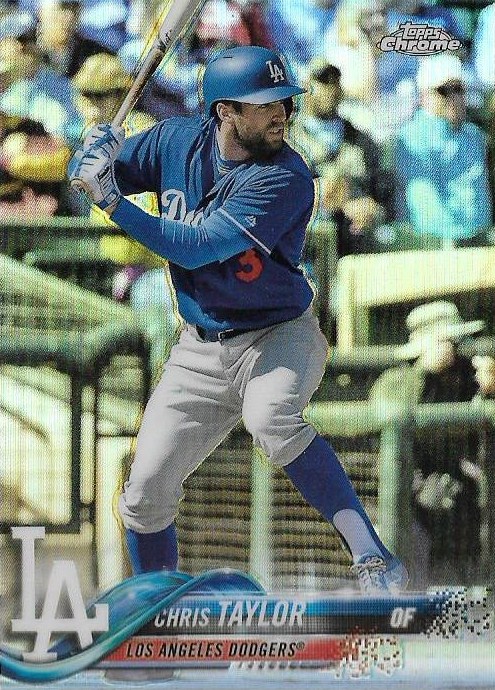 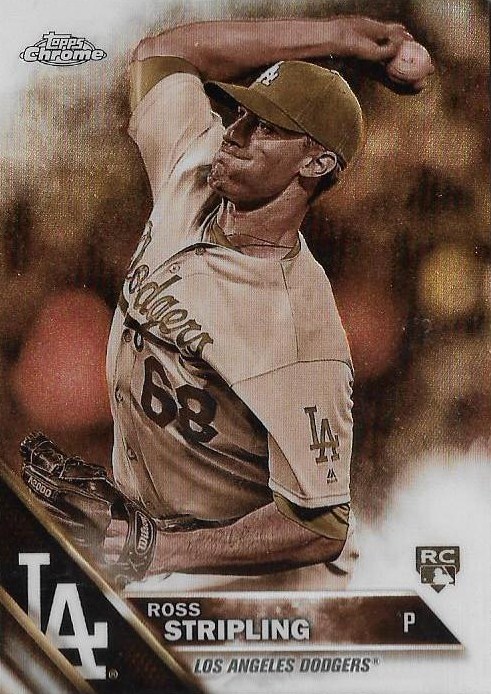 Yes. Not just chrome, but CHROME REFRACTORS.
Remember how big of a deal refractors were on the blogs in 2008? Of course, you don't. You weren't here then. They were a really big, flipping deal.
I didn't get into them quite as much as other people. For instance, I don't own a super-refractor and actually think they're pretty ugly. However, I did like the color bordered refractors a lot and there are several pre-2016 odes to them on this blog.
But my enthusiasm went away when Topps scrapped borders and it's never really come back. Even when I look for old Dodgers cards from that time, I'm mostly occupied with filling base needs and picking up inserts or parallels. Chrome is very seldom a thought.
It gives me a melancholy feeling looking back at these cards -- all of which I need by the way -- and knowing that this time isn't coming back for me. I have different interests and objectives.
Whoever this person is, though, I do know they still read the blog because I just blogged about wanting a certain card and then it appeared in this envelope. 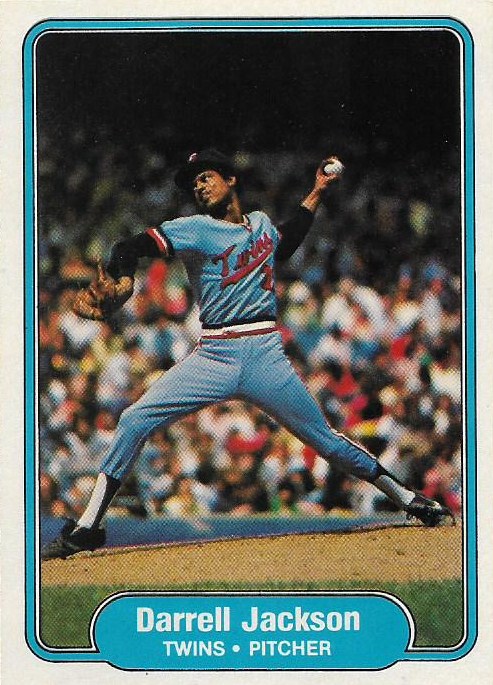 I've desired this card for quite awhile.
It's one of the variations of the 1982 Fleer Darrell Jackson card. I have mentioned many times that this card was mind-blowing to me. 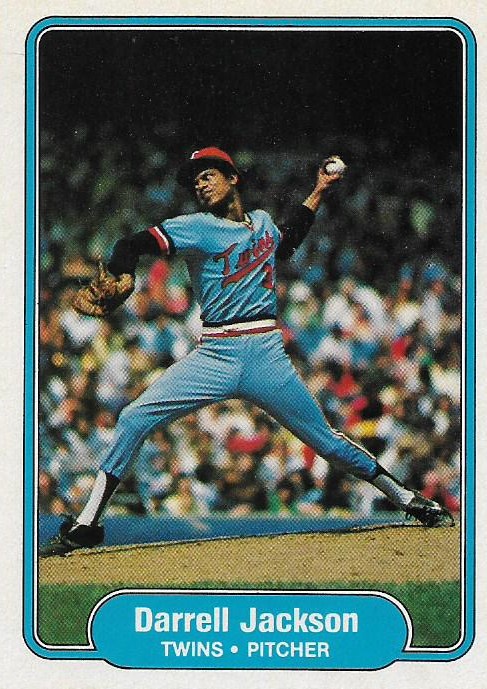 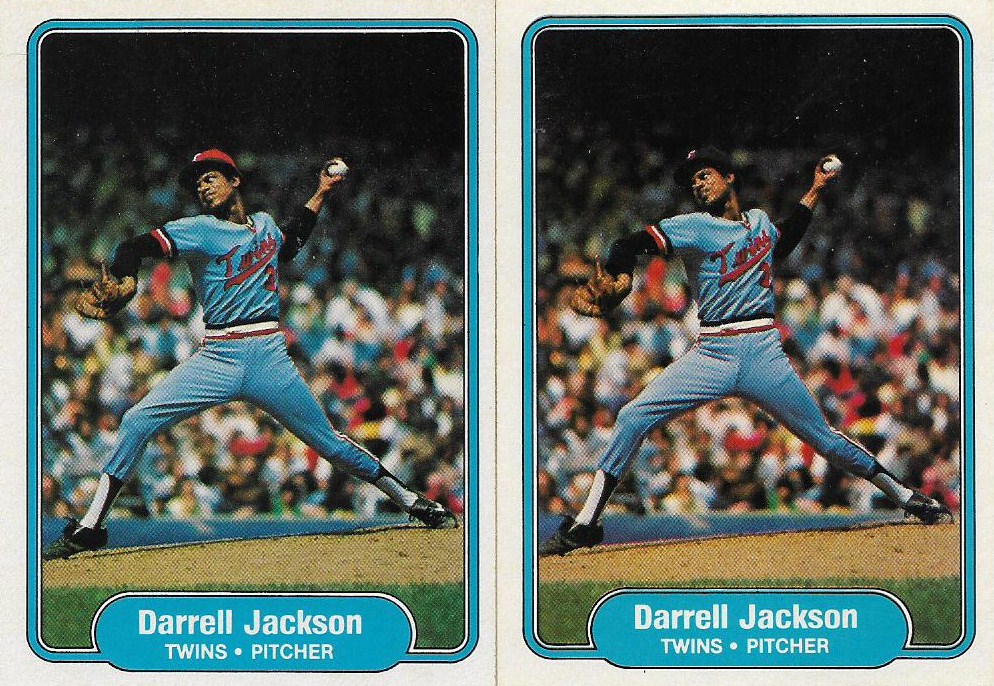 I was 16 years old when this set came out and I was mystified how this happened. Obviously, as a collector in the '70s, I had seen many, many airbrushed cards over the years, almost all of them from Topps. Most of those were easy to spot and you knew they weren't real. But the paint job on these seemed very real to me (keep in mind, this was long before photoshop) and part of me wondered how they could get Jackson in the exact same position on two different occasions.
Once you get past the -- oh, Fleer painted the hat two different colors -- then there's the whole ... but why?
Most likely, the answer to that is: it was Fleer. It was intent on making fake errors because they were so popular with its 1981 error-plagued debut. But the random selection of a player almost no one knew, Darrell Jackson, is strange.
I looked through all of the '82 Fleer Twins cards and every one of them shows the Twins player wearing a red cap (or helmet). Blue Twins caps did exist. Jackson is wearing a blue cap on his Donruss and Topps cards. Most of the Twins in the Topps set have blue caps. So maybe someone thought -- "crap, Jackson's wearing a blue cap, all of his teammates are wearing red, we've got to make his cap red" and that's how the variation was born. (I've been informed that the Twins wore red caps only with their home whites, so I guess the red cap is the painted "error" version).
I don't know the actual story though. It's probably one of those unsolved mysteries.
You'd better believe I'll be storing those cards side-by-side in my 1982 Fleer binder.
I'm happy to have this card and all of the other cards in the envelope. But about all I can tell you about the sender is that they're from Minnesota, they like chrome refractors and they know I needed the '82 Fleer Jackson variation.
It's possible someone sent me an email 3 weeks ago and said, "hey, I have that Jackson variation, what's your address?" That's how quickly I forget stuff now.
Oh, there was one other card in the envelope: 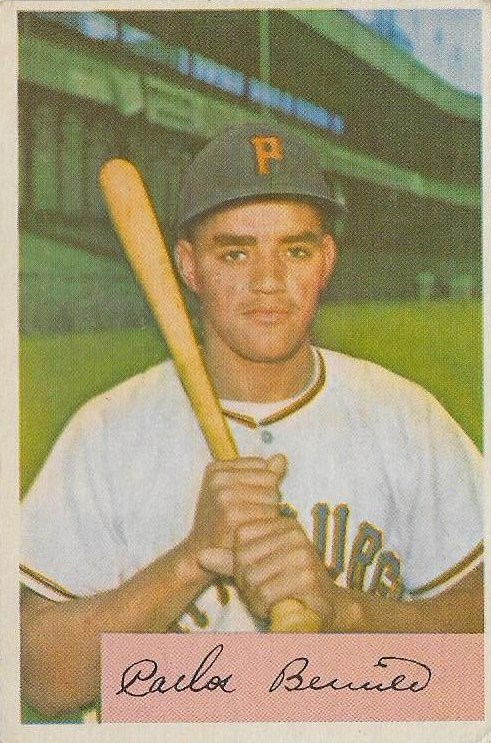 OK, way to throw me off the trail.
(Update: A response to my tweet on the Darrell Jackson card from Keith Olbermann says that the likely story is someone at Fleer saw the Jackson photo with the blue hat, thought it was out of date -- the photo apparently was old -- and painted the hat red. Then the photo was later painted back to the correct blue color. So, my guess that the red cap is the painted error version was right).

Anonymous said…
Those are nice cards still! I wonder if the trading card store https://largerthanlifetoys.com/collections/trading-card-stores-near-me near me has those cards! I better pay them a visit later and show these cards!
June 9, 2021 at 7:54 PM

Fuji said…
I was just coming back to the hobby in 2008 and don't think I was reading blogs, but I do remember refractors being a really big deal back then. Although I do feel like they were even a bigger deal back in the 90's. Anyways... personally... I feel like they are still a big deal in 2021. Love that shine.

bryan was here said…
Oh yeah, that Darrell Jackson "error". I'm with you in thinking it was contrived, like the myriad Al Hrabosky errors and my personal favourite, the Lee Smith reverse logo. They were still trying to cash in on the "Craig" Nettles hype, which actually was the talk of the hobby for a few years. Nowadays, you can pull those error cards out of dime boxes.
June 10, 2021 at 6:19 PM