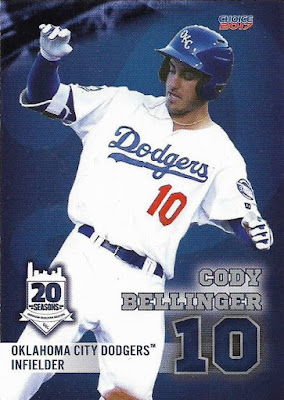 This exercise is getting more and more difficult each year.

But P-town Tom has issued another year-end contest challenge and I can't resist a quick post idea. What is my favorite card issued in 2017?

I haven't bought much 2017 product, just a sampling of each brand, basically. And while I won't bag on everything issued this year -- except for you, Topps flagship -- there is almost nothing made available this past year that stood out for me.

I'm a Dodger fan, so it would make sense that in the year of the Dodgers reaching the World Series, my favorite would be related to that. But nothing is jumping out. I probably should have bought a ToppsNow card of the Dodgers celebrating their NLCS win, that would have been smart right about now. But I didn't. Cody Bellinger was rookie of the year in 2017 but my favorite Bellinger card isn't any of the ones with a rookie logo on it. It's his minor league issue card from his time at Triple A Oklahoma City. 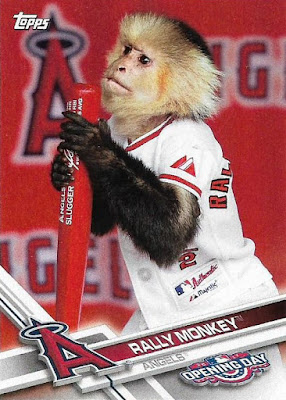 But there is one card that sums up 2017 for me better than any other as my interest in current cards and, really, current baseball, diminishes more and more. 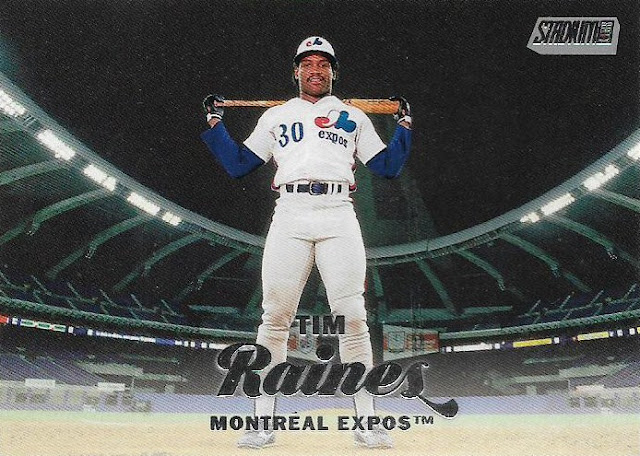 This is my favorite card of the year.

It's a well-designed card featuring an amazing photo, taken at night, of someone inducted into the Hall of Fame in 2017.

But I also like it because the photo was snapped long ago. It's an image from 1984.

So it's a 33-year-old photo of a dude no longer playing, in a stadium no longer used for baseball, wearing a uniform of a team that no longer exists.

That sums up where my collecting head is at and 2017 cards for me.

Glad there's someone out there that still remembers the good old days.

BobWalkthePlank said…
I may have to pick that Josh Harrison Topps Now card when he screwed up Rich Hill's no hitter.... I'm a troll!
December 13, 2017 at 4:15 PM