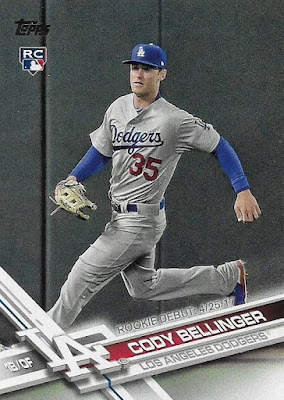 Think back. I mean way back. Way, way back. Back when Joe Girardi was the Yankees manager. Back when the Cubs were World Series champions. Can you remember that far back? Barely, right?

It was so, so far back that I didn't even own a Cody Bellinger card. That's how far back we're talking.

The first Cody Bellinger card came to me at about the midway point of July. And I was so desperate at that time for Bellinger on cardboard that I actually ordered one of those Topps Now cards of him.

Flash forward five months and I'm beating Cody Bellinger cards off with a stick ... er, I mean, welcoming them gratefully into my home.

This is why you simply need to exercise some patience when baseball sensations are involved. The cards will show up. Oh, will they ever show up. GCA also sent me another short-print from Update. 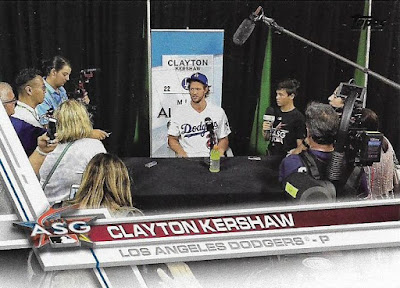 It's a bit of an odd one from All-Star Game festivities in Miami. This, fans, is the glamorous life of an all-star. Clayton seated at a makeshift table in front of a makeshift curtain and a makeshift sign with some kid (really?) apparently moderating/asking questions.

It's just different enough for me to want it, but it's depressingly mundane. 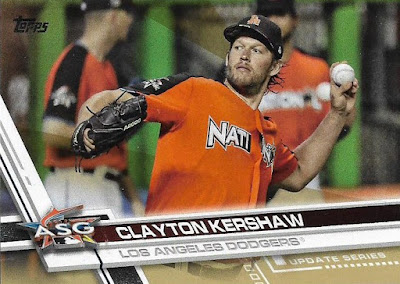 GCA also sent me the base version ... well, the base gold version of the short-printed media cavalcade shown above. I'm pretty sick of MLB imagining what all-stars would look like in other team's uniforms. Please make this stop.

The Bellinger bonanza didn't end with an envelope sent by madding at Cards on Cards. 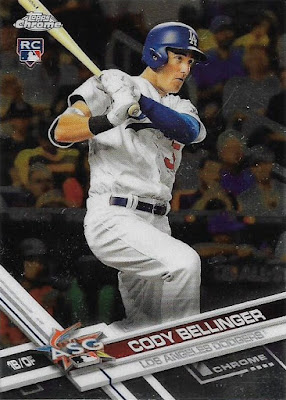 This, I believe, is from the Chrome Update set that you can find at your friendly big box stores -- something that I used to buy all the time but now ignore. The card number on the back is "HMT81," which stands for "How Many Topps?" 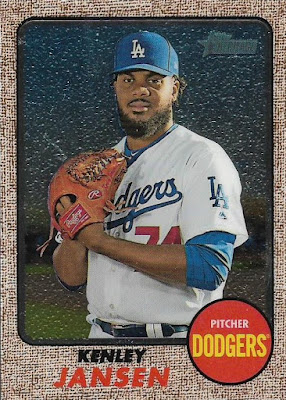 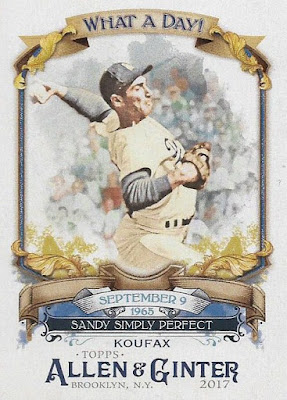 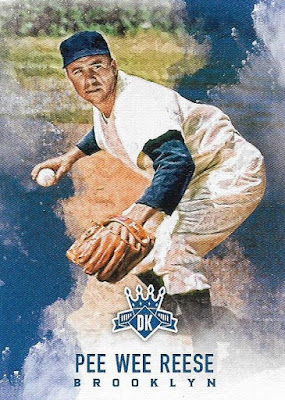 Here are the three non-Bellinger cards that fell out of the envelope. I must find out how many cards of Pee Wee Reese I have with that pose. I'm sure it fills more than one binder page.

Just when I thought the Bellingers had stopped, I received a healthy stack of Dodgers from Red Cardboard, who is clearing out inventory. I must devote another post toward those cards for reasons that are very obvious to only me right now. 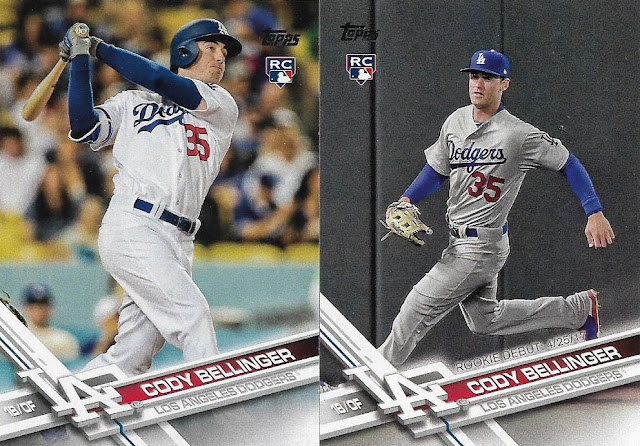 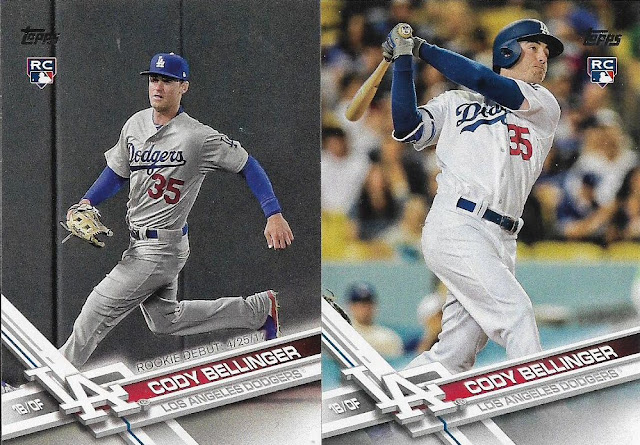 Oh, sorry, were those the same two that I just showed? It gets confusing.

How about this one then: 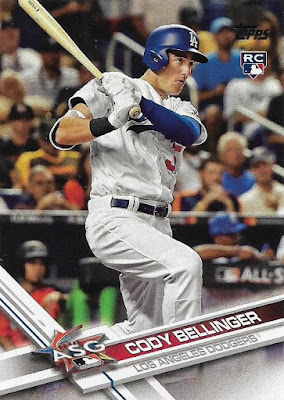 That one is different, although it kind of looks like Bellinger's base card. And it definitely looks like the Chrome Update card I showed earlier.

Now that I've received this avalanche of Bellinger's, I believe all I have left for Update is the Home Run Derby Bellinger.

Oh, and all those other short-prints.

Yup, a long, long, long time ago we didn't have any Bellinger cards. We begged for them.

Be careful what you wish for.

acrackedbat said…
Hot rookie = Bellinger hell. No one needs 100 + different RCs of anyone. The hobby is taking yet another sad turn, for me anyway. I collect fewer and fewer new and current players.
December 5, 2017 at 8:52 PM

BobWalkthePlank said…
Were you the one that wished for Henry Owens cards?
December 6, 2017 at 7:48 AM