I have plenty of Matt Kemp cards 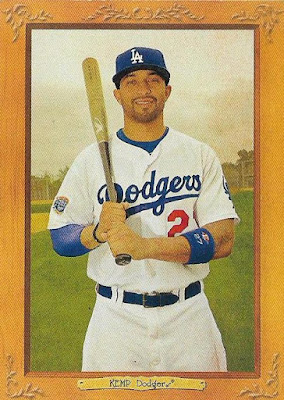 I was quietly wallowing in my puddle of life problems this afternoon, full of self-pity and resignation, when the following flashed across the Twitter wire:

It was a sentence of gibberish peppered with entirely familiar names.

Matt Kemp was a Dodger again. And the Braves were taking on most of the troublesome contracts that the Dodgers owned. Sure, Vin Scully Finale Hero Charlie Culberson was gone but, my goodness, we get to go back to 2006-14 and accumulate Matt Kemp Dodger cards again!

However, in these days of instantaneous information, the happy little scenario I had painted for myself in the bubble above my head, vanished the second after I had processed the whole thing. Here came the "yes ... but" tweets.

"You know ... they're probably not going to play Matt Kemp."

In fact, I feel a little silly even writing about this. I keep checking to see if Kemp is still with the Dodgers.

How about now? Is he still with the team now?

I'm glad the Dodgers were able to make this deal to get under the luxury cap and to have a bunch of money when next year's free agent season commences. But all that financial stuff makes my eyes glaze over and realize that I never wanted to be a baseball beat writer anyway.

My basic hope in Kemp coming back to the Dodgers was seeing him in an L.A. uniform and maybe getting some more cards of the guy. He was always a hoot to collect, one of my favorites.

Right now there's a very slim chance that he does stay with the Dodgers, but probably not.

I've got plenty of Matt Kemp cards already. Three hundred sixty of them by my last count.

In fact I could make myself my own Kemp Dodger uniform with just these: 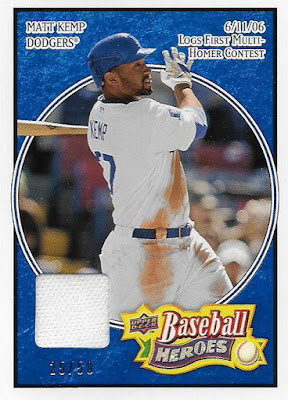 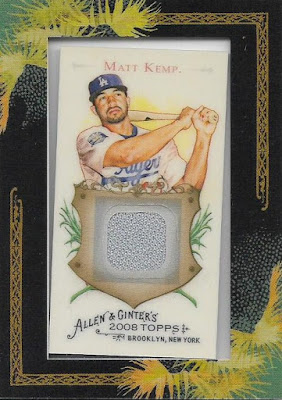 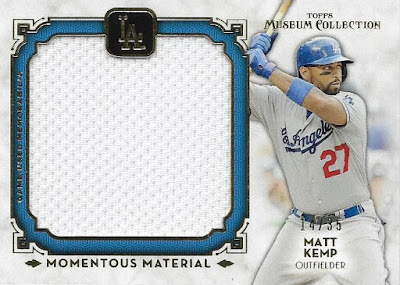 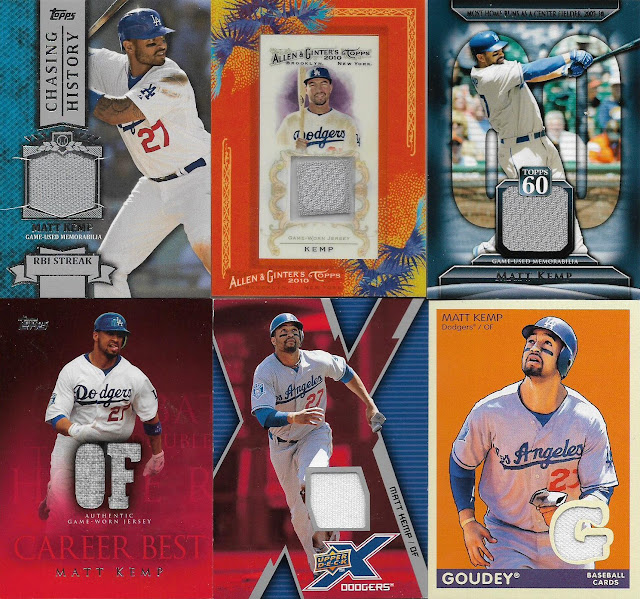 In fact, digging out these old memories made me forget what I was so miserable about for a couple of hours.

For as long as Kemp lasts as a Dodger, it's been fun.

Coast To Posts said…
Glad to see a player you really enjoyed collecting return to your team; not familiar with the guy but I'm happy for you. Solid collection of relic cards by the way!
December 16, 2017 at 9:30 PM

steelehere said…
I'd love to see the Dodgers bury him on the D.L. and use him in September and the playoffs like they did with Andre Ethier the past two years.
December 16, 2017 at 9:56 PM

Fuji said…
I'm not sure if you ever played video games with a franchise mode, but this trade was one of those deals you put together and hope the computer AI allows it to go through. Kudos to the Dodgers execs for pulling this one off.
December 17, 2017 at 1:23 PM

Collecting Cutch said…
Only a few years removed from being with the team. I wonder how L.A. treats him when he returns. I've always been a fan of Kemp and like this move from the Dodgers point.
December 20, 2017 at 6:20 PM