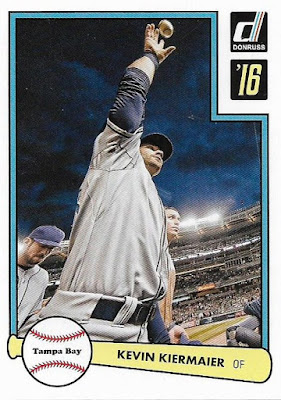 A round of applause and backslapping will commence.

Anyway, I was perusing the Walmart card aisle the other day, which in terms of baseball product means Update and Gallery and THAT'S IT, MISTER. While scanning for anything else, I spotted a blaster of something called Panini Chronicles Baseball.

I had no idea what it was. I hadn't heard about it -- not that I keep up on that stuff anymore. Since it was Panini, I kept a safe distance away and told myself I'd do a background check when I found the time.

I just did one of those and I honestly have no idea what it is still. The best I can gather is it's some sort of mash-up of Panini brands with a story written on the front and back and with the usual non-logo photo boredom.

This is nothing I will open unless someone mistakenly grabs it for me for Christmas. I just honestly don't understand why Panini has to be so weird when it comes to baseball. Given that Topps flagship has been killing my spirit the last couple of years, there is a wide-open window for Panini to drive right in and steal my heart. But it hasn't. Not in the least.

I got a few cards from Johnny's Trading Spot recently and some of the card needs were Paninis. The above night card is bizarre. I can appreciate the different subject matter -- a player snagging a ball from the dugout or stands as he walks off the field. But what a weird angle! The star of this photograph is Kevin Kiermaier's rib cage area, or armpit. You barely see his face. I appreciate the attempt at something different, but I don't think this photo should have ever appeared on a card. 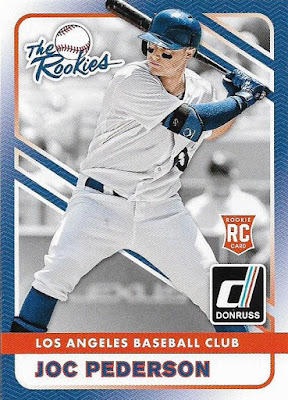 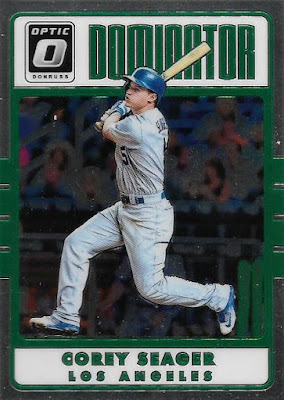 Let's look at a couple of other Panini needs from Johnny, one from 2015 and another from 2017. The Optic card is almost festive. It's difficult for me to get mad at Optic, even with all the absent logos. 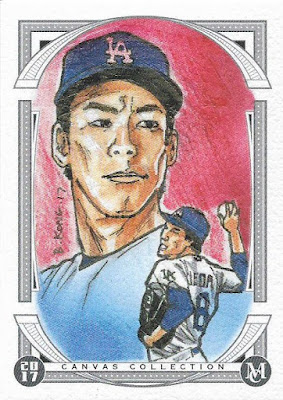 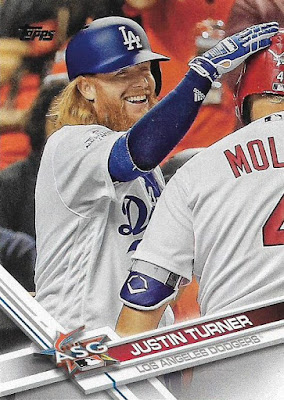 Ah, we've journeyed into logo land. The Kenta Maeda card congratulates me on the back for receiving a canvas collection reproduction. OK, it's a little fancy, but I don't know if congratulations are in order. 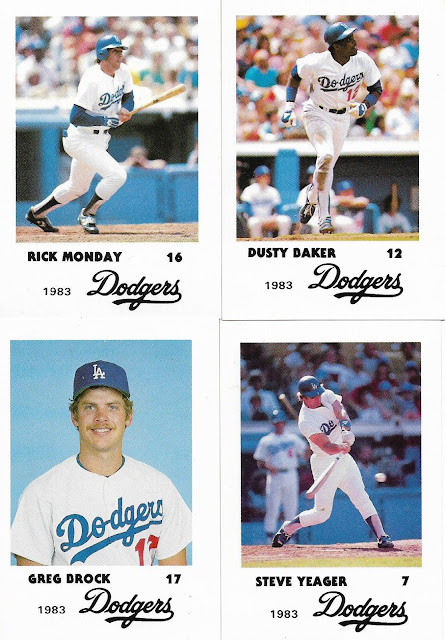 Johnny also sent some Dodgers Police card needs, these four from 1983 complete the set for me! 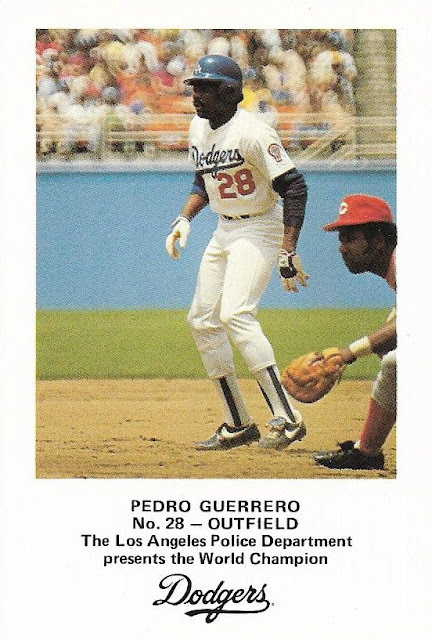 And here's one from 1982 that I thought I had already but apparently didn't. NOW, the '82 Police set is complete -- I think. 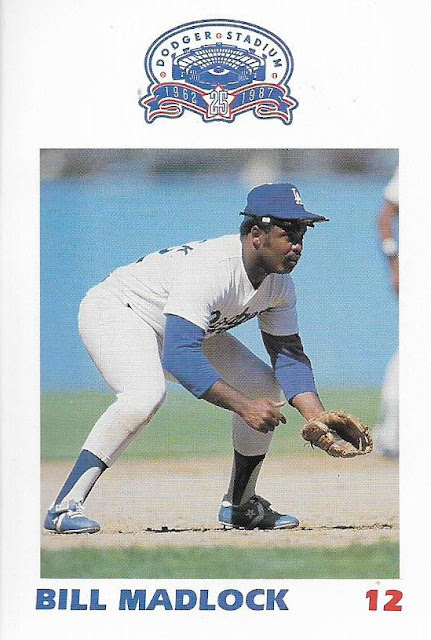 The biggest Police need stash came from 1987. Around 15 cards or so.

I'd scan them all, but I'm too far behind on other things to be scanning more than I did.

I am counting the days until I go on vacation so I can at least get something done.

But before that I have several more days at beyond stupid/demanding work.

Maybe I'll mention to the powers that be that I did get something done today -- an Awesome Night Card post.

I'll be waiting for that back slap.

Or maybe it'll be a pink slip.

Fuji said…
Love the 80's Dodgers police sets. I wrote a post on my favorite Hall of Very Good players last night and totally dropped the ball by leaving Pedro Guerrero and Bill Madlock off my list. I enjoyed watching both of these guys when I was a kid.
December 17, 2017 at 11:08 AM