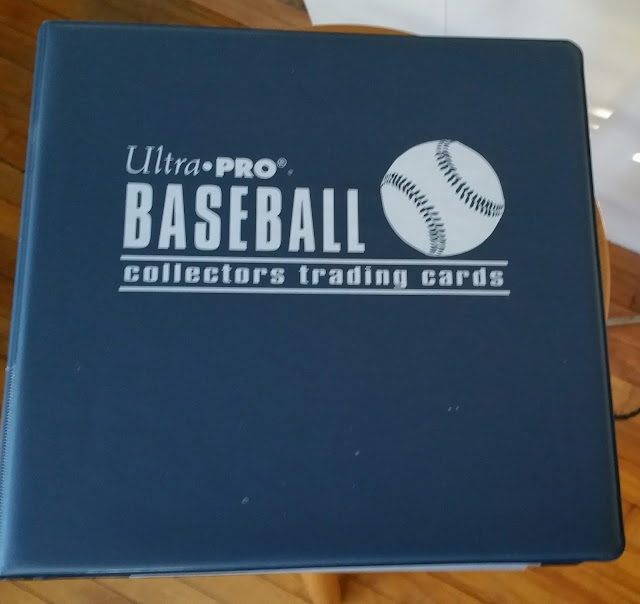 I was gifted with another loaded binder from Twitter friend Greg recently. I love how these arrive around Christmas with all the other large-shaped packages. It makes getting cards even more festive than it already is. People see them and say, "Oh! What did you get?" and I get to respond enthusiastically with "Cards!" and this would never be a conversation if this were to happen in, say, June. (June conversation: "What the hell is THAT?" Me, sheepishly: "Cards").

Greg has a knack for finding cards off my want list and, even more impressively, finding a card shop, wherever he happens to be, that has those cards. I marvel at this.

The binder, as usual, was a gift in itself with plenty of empty pages for future storage needs.

Inside was four filled pages of 1973 Topps needs: 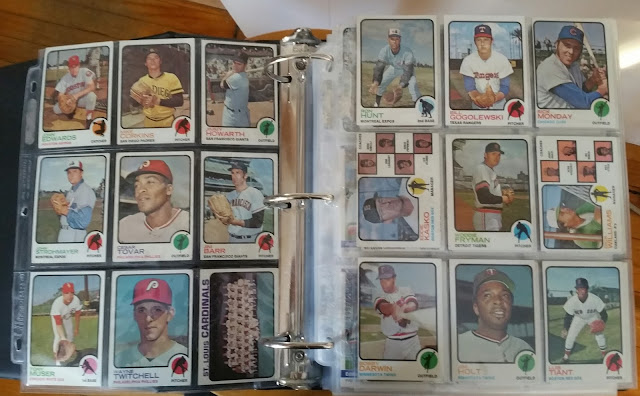 Lots of wonderful airbrushing there.

I have no doubt I will complete this set in 2018. My next card mission is to obtain some of the star cards from this set so I don't have to leave them all to the very end.

But the majority of the binder was filled with my other set-collecting mission that has been taking place at the same time as the '73 quest. 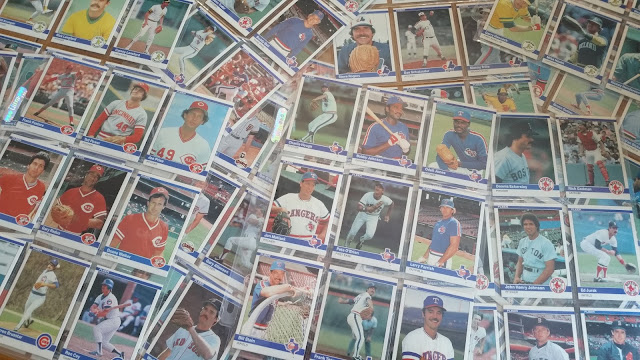 That is just a sampling.

But they were all in there: 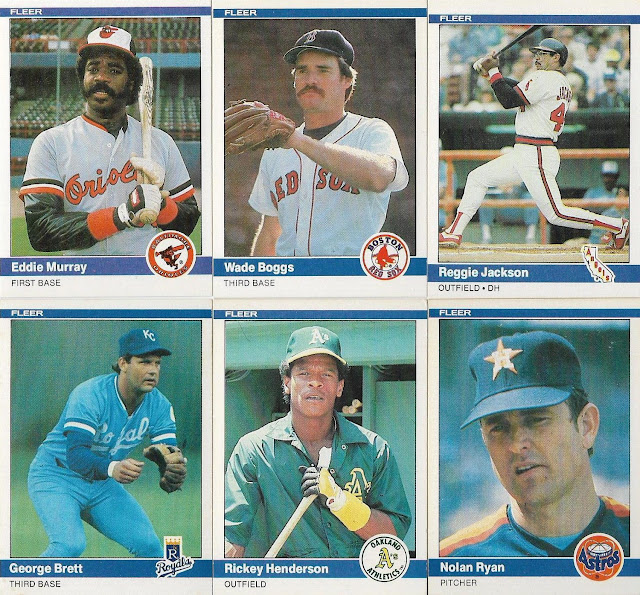 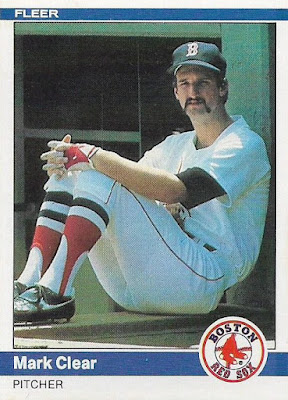 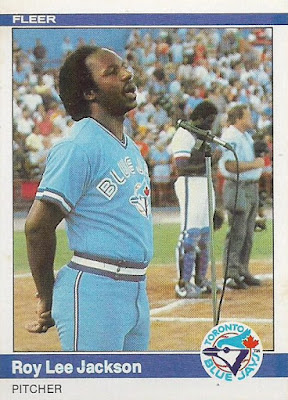 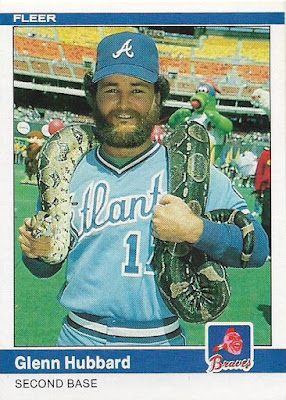 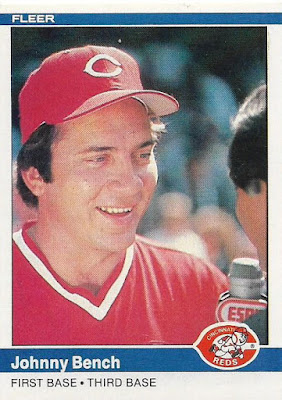 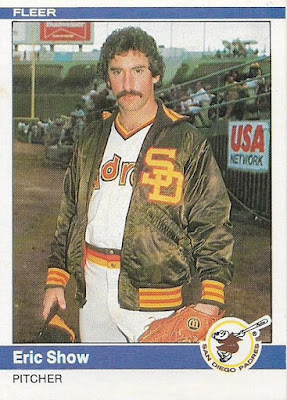 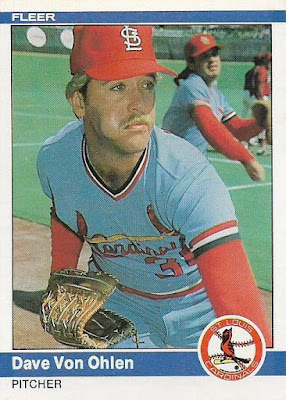 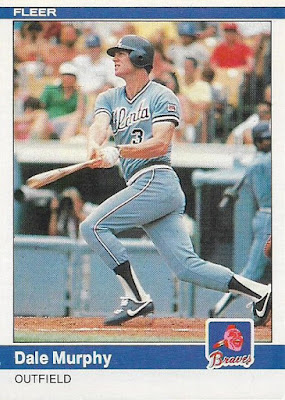 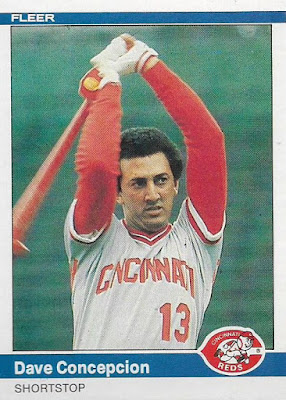 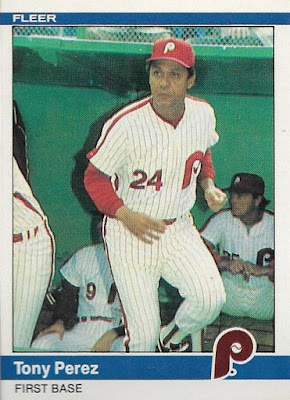 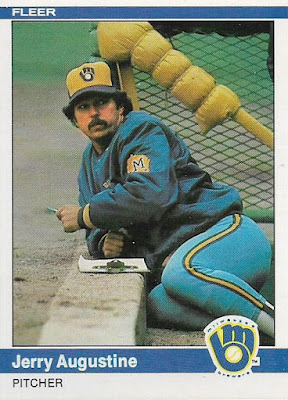 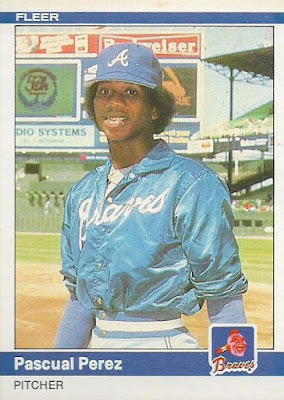 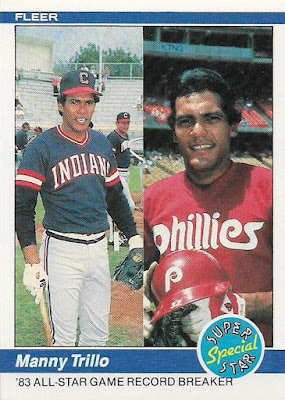 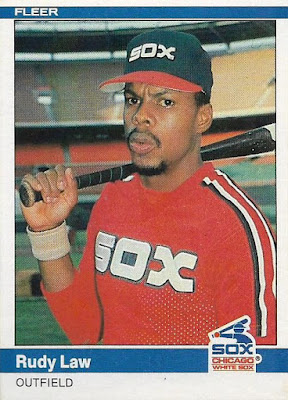 And under-the-radar gems that made Fleer what it was in the 1980s. There was never a more magnificent time for Fleer than the early-to-mid 1980s.

I received so many cards from this set that it was difficult to absorb it all in one sitting or even two sittings. I had to come back to it a couple of different times and discovered new cards each time. Even this most recent viewing when I was scanning the images I happened up on this for the first time: 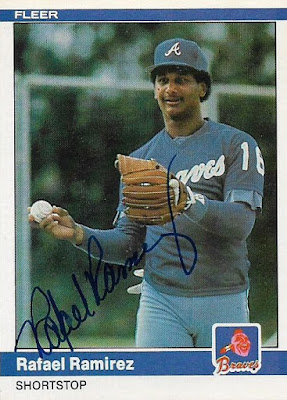 When I received the package, Greg told me that it probably took care of my needs for the 1984 Fleer set. But we set-collectors are a particular bunch and will not be satisfied with someone else's word. We must figure it out for ourselves.

After going through the whole binder myself, I realized that Greg was as close to being right without being right as anyone could possibly be. He sent me every 1984 Fleer card on my want list ... except one.

This card is missing: 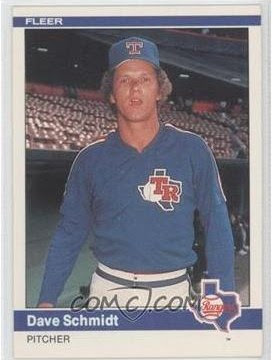 Greg said it was a clerical error and I definitely understand. I'm stunned that there weren't several cards missing -- that is some kind of undertaking, tackling 100s of cards off of another person's want list in a trip to the card shop. I bow humbly in recognition of that kind of behavior.

No matter, the Schmidt card has made the Nebulous 9 (as has the Ramirez card, because I'd rather have my sets non-signed).

The only question now is what set fills this binder?

arpsmith said…
Congrats on almost completing the set. I acquired a vending box of 1981 Fleer that I haven’t gone through yet so ping me when you have a list.
December 27, 2017 at 8:01 PM

Johnnys Trading Spot said…
undoubtedly, I have both of those 84 fleer. unfortunately they would be at home (in florida). you need a florida vacation and you can spend a day in the spare card room. just give me a few days ahead to plan a day trip myself.
December 27, 2017 at 10:25 PM

P-town Tom said…
Never seen the Pascual Perez or Rudy Law cards. Wow, those are fantastic! Love love love the tucked in jacket on Pascual! LOL
December 28, 2017 at 7:39 AM

BobWalkthePlank said…
Dale Murphy looks extra jacked in that card.
December 28, 2017 at 9:18 AM