My secret Santa is ... Andrew McCutchen? 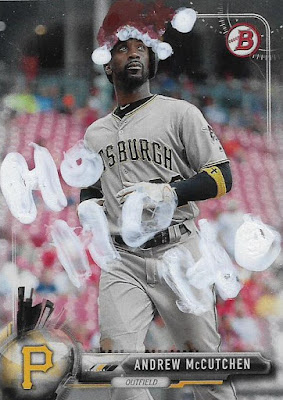 During the recent Winter Meetings, the Dodgers were mentioned as being interested in the Pirates' Andrew McCutchen.

I don't know how realistic that still is with the current crowd in the Dodgers' outfield, but I'd love to squeeze McCutchen in there. If L.A. could add Curtis Granderson and his termite-infested bat last year, they can find room for McCutchen.

It would be a sweet post-Christmas gift.

As for pre-Christmas gifts, McCutchen is already taking care of that for me. He's my Secret Santa! Ho! Ho! Ho!

McCutchen, using the operator of the blog Collecting Cutch as his Christmas elf, sent me a glorious stash of Dodgers that happened to arrive at my door today, two days before the big day! That's cuttin' it clos ... er, right on time, mister!

Besides Bowman Santa McCutchen above, let's see what else was in Cutch's big red sack: 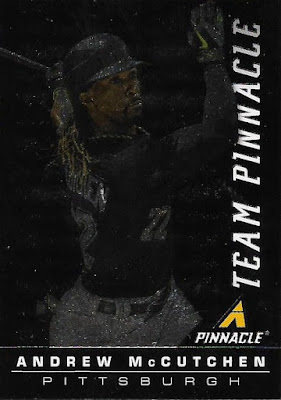 Here is McCutchen again, appearing all ghostly. That's because he's the Ghost of Christmas Present, preparing to give me a Christmas present. I just gotta turn over the card: 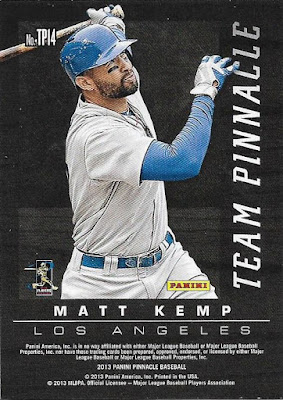 It's former-and-current-and-about-to-be-former-if-you-believe-all-the-Experts-Dodgers-outfielder Matt Kemp! Kemp and McCutchen will never play on the Dodgers together as much as I would like them to, which makes this card even more ridiculous.

These half-and-half cards of players on different teams are the scourge of card collecting. Card companies should lose their license over crap like this ... oh, never mind. 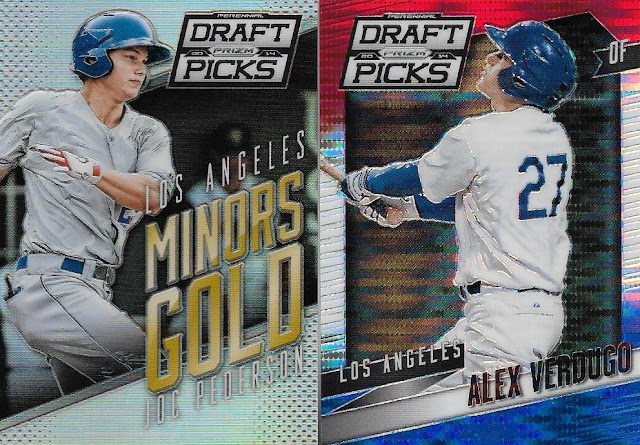 All right, here we've got someone definitely playing with the Dodgers next season. It's a bundle of Bellingers!

The Bellinger on the right is the fourth and final Bellinger need from Topps Update. Not one person can give a rational reason why there are four Bellinger cards in Update. But they all be mine. 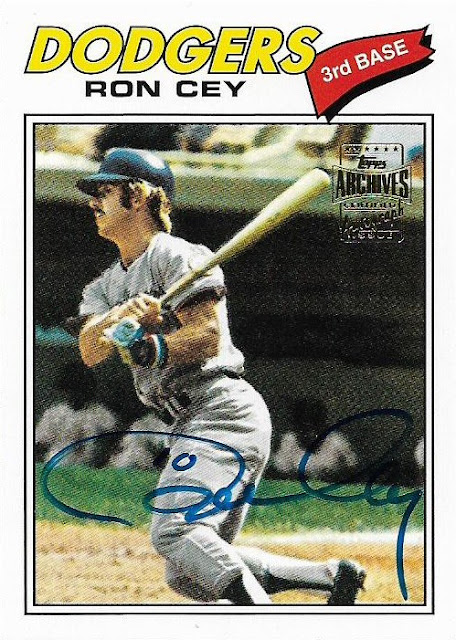 Ah, one card that I absolutely will not question. Here is evidence that Santa McCutchen knows exactly what he's doing. This wonderful 2002 Archives Ron Cey autograph is terrific.

Cey has a bunch of autographs in the current Archives set -- I haven't bothered to seek any of them out yet. I'd prefer to gather earlier ones that I don't own and this was one of them.

It's my 18th Cey autograph card and the first featuring the '77 Topps design! 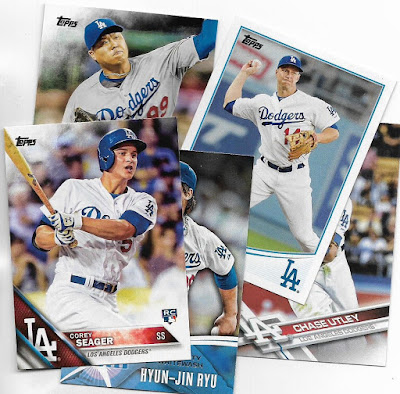 Yup, Santa McCutchen did quite well for himself this year. I wouldn't mind if he distributed gifts every year.

Maybe he could do it in a Dodger uniform next year.

Nick said…
The more I see it (mainly on your blog), the more I realize that Cey has one of the more attractive autographs around. And I agree on the half-and-half cards. I never know what the heck to do with them.
December 24, 2017 at 2:03 AM

Daniel Wilson said…
Love the card featuring McCutchen Claus! Cool that he was also able to send you a McCutchen/Kemp card for your collection. The Cey auto is prefect for you! Well done Collecting Cutch!
December 24, 2017 at 8:25 AM

Fuji said…
Cool autograph. Those older Archives autographs are getting tougher and tougher to track down.
December 24, 2017 at 2:00 PM

Collecting Cutch said…
I am so glad that this arrived in time. I was nervous, but it took longer than expected to get that Cey. I'm glad you liked everything. Merry Christmas!!!
December 24, 2017 at 4:59 PM