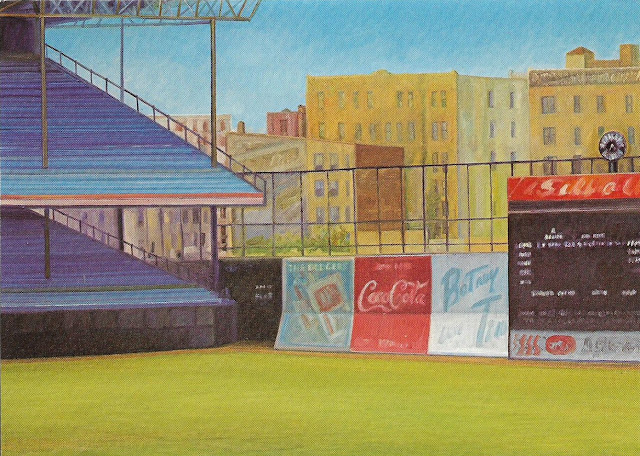 I don't "pal around" with people.

It's not my nature. I don't go out with the boys for drinks. I don't spend Saturdays playing golf. I like things quiet and, mostly, on my own.

This shows itself on the blogs, too. While some bloggers like to pal around with certain others, I try to give equal time to everyone (given the number of blogs there are, that's difficult). And I try to trade with just about every blogger who wants to trade.

But even though I don't go out of my way to be "chummy," I do have trading pals. I call them my "card buds," collectors who either lightly blog or don't blog at all, yet still send me cards. I feel I've made a real connection with those people, something that goes beyond the traditional blog trade.

He's a special exception because we've roamed through card shows together a couple of times. That's one way to get me to pal around with you, invite me to a card show.

Angus recently sent me the above holiday card (the inside reads "off season's greetings") with several cards inside.

He thought I might have all of the cards he sent. But I didn't. 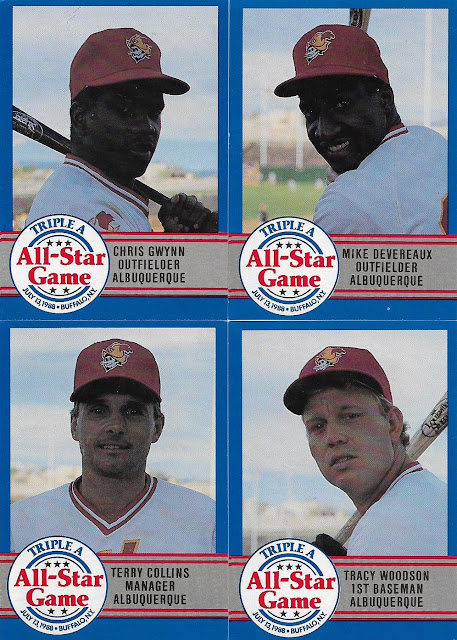 These Albuquerque Dukes cards for example. I've owned the Tracy Woodson card for so long that the person who sent it to me hasn't blogged for five years. The other three are completely new. Love me another young Terry Collins card. 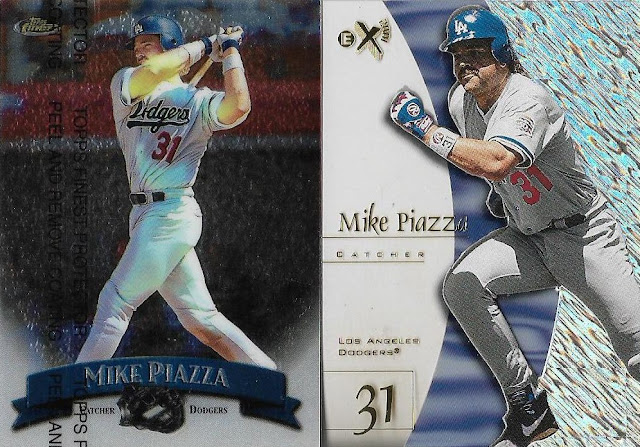 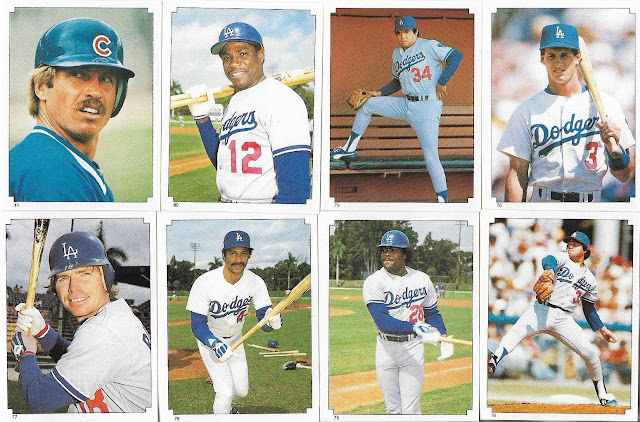 A whole bunch of 1984 O-Pee-Chee stickers, including one depressing Ron Cey sticker. 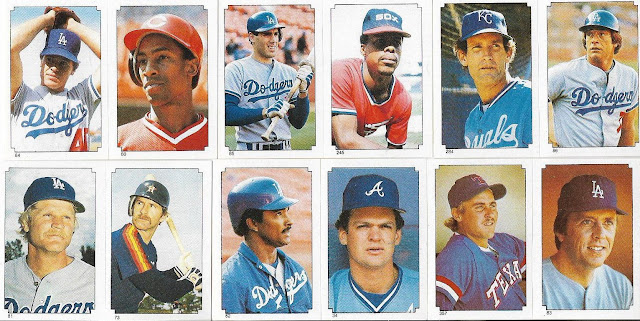 Here are some more Dodgers paired up with players I don't care about. OPC is just begging me to separate these and discard the non-L.A. remnants. 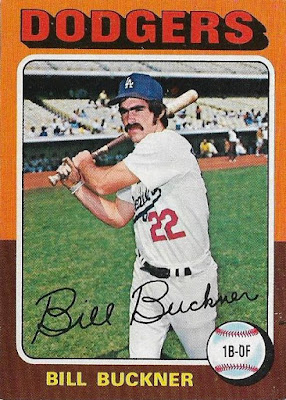 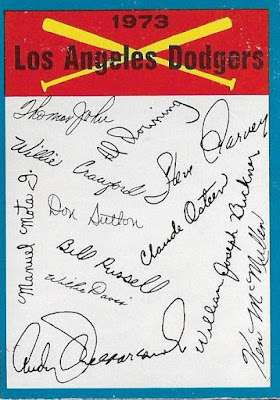 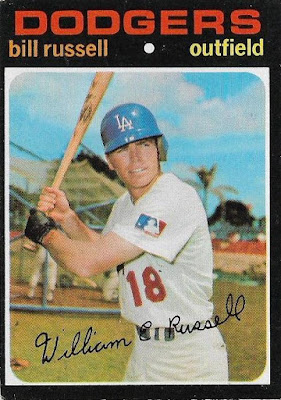 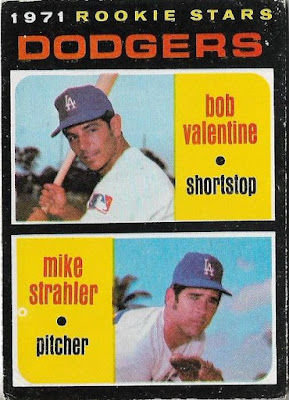 I recommend getting a card bud from Canada because ... 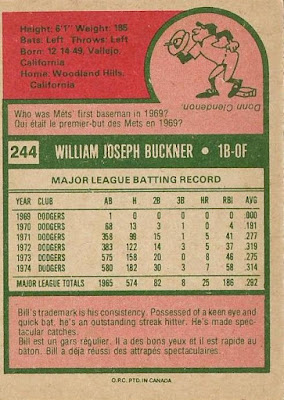 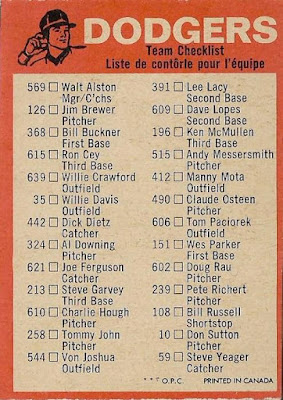 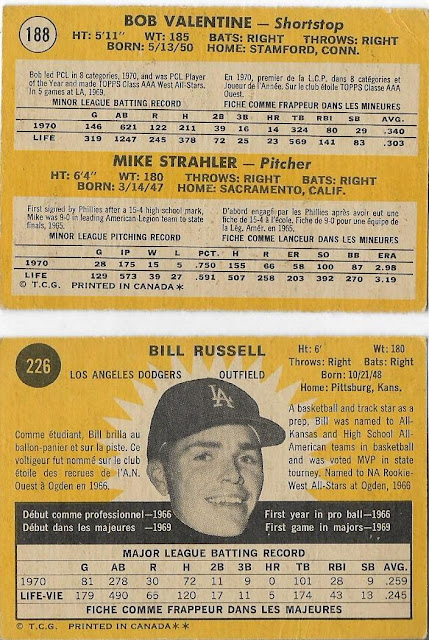 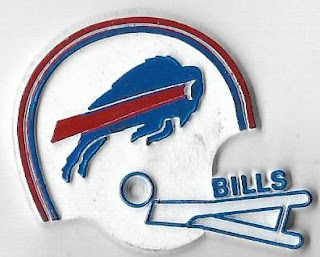 Another card bud, who isn't a blogger, is Chris. He's on Twitter and he's sent me a number of cards over the last couple of years.

This thoughtful Merry Christmas plastic box of cards included a Bills magnet and my most favorite football cards of all-time. 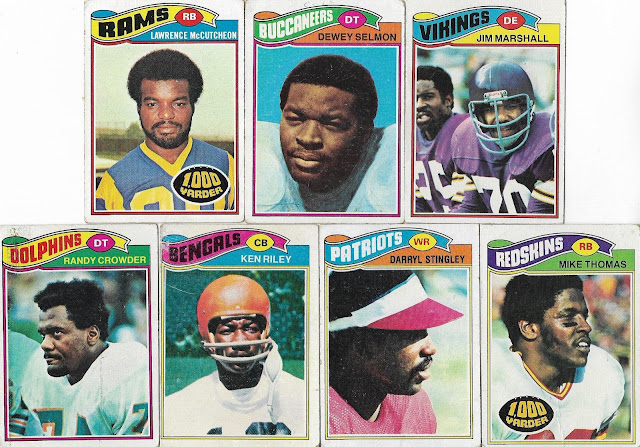 Most of these are in decent enough shape to make it into my binder. I was just mentioning Lawrence McCutcheon yesterday at work. Nobody had any idea who I was talking about. Youngsters. 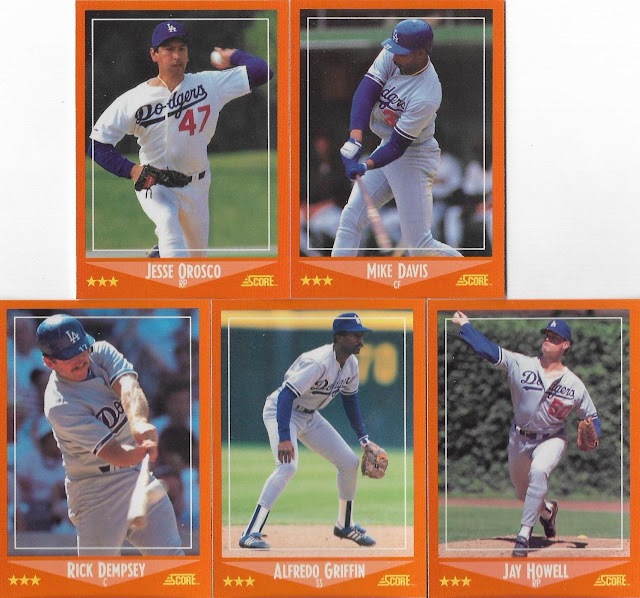 Here is something that's been off my radar, Score made a glossy version of its traded set in 1988. These are some of the Dodgers. Kirk Gibson and Tim Belcher are missing. 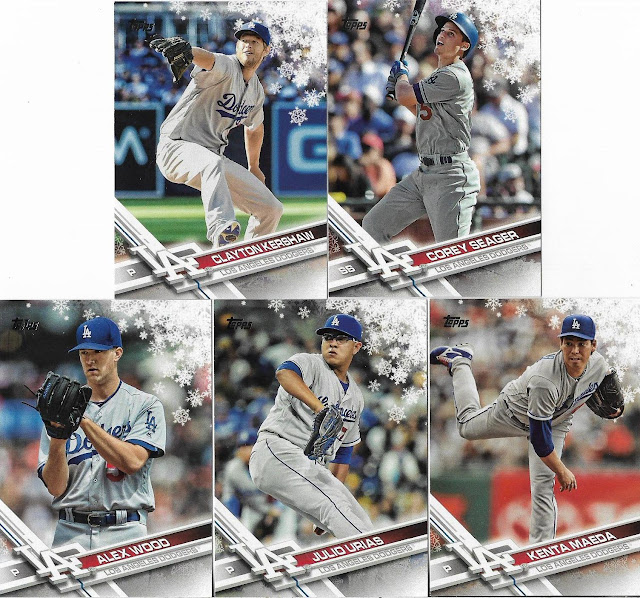 Ah, yes, the snowflakes are back.

I've had no desire to plop down money on these things like I did last year. It probably should've been a one-off issue. But I will not turn away Dodgers in the snow. 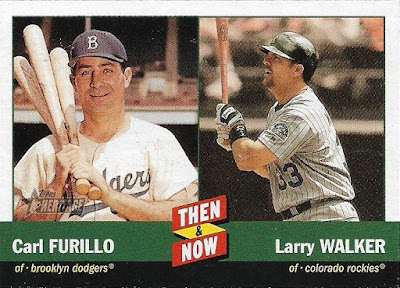 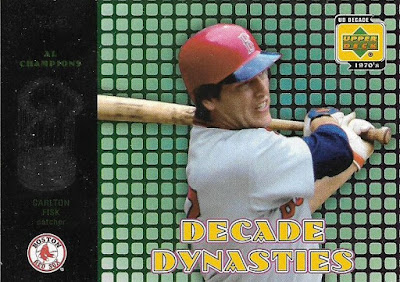 Chris added three very particular wants of mine. The "East Meets West" card was a Nebulous 9 need, and the Decade Dynasties Fisk is a much-appreciated want from the 2001 UD Decade '70s set.

I can't express in words how much it means to receive cards from people like this, who send stuff because I''ve made a connection through the words I've written on my blog. 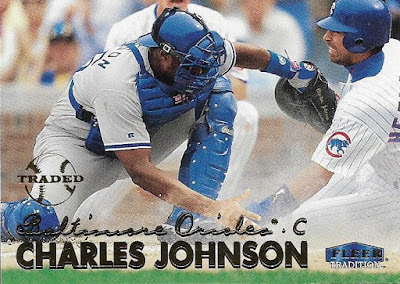 Here is another Nebulous 9 need sent to me by a reader, Tom, just because he noticed I was looking for the card.

Trades between bloggers are cool. But people sending me cards because, hey, they read something I wrote, or just want to wish me a Merry Christmas, are even cooler.

Thanks for being a card bud, even if I'm not the friendliest guy out there.

Angus said…
You're quite welcome, and I know that I'm only a couple of months late at posting since I told you I would. Glad you enjoyed the cards!
December 19, 2017 at 1:14 AM