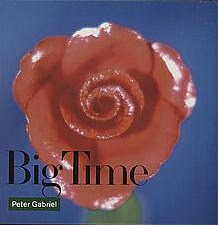 This is just a quick post to let you know that I've finally completed the Dodgers team sets for all three years of Topps Big.

Topps Big was the knock-off on Topps' mid-1950s sets, both in look and size, that was all the rage when it was first issued in 1988. The next two years, 1989 and 1990, were issued to less enthusiastic response before fizzling out.

But I've mentioned this set a couple of times before. Let me just show you the complete Dodgers team sets: 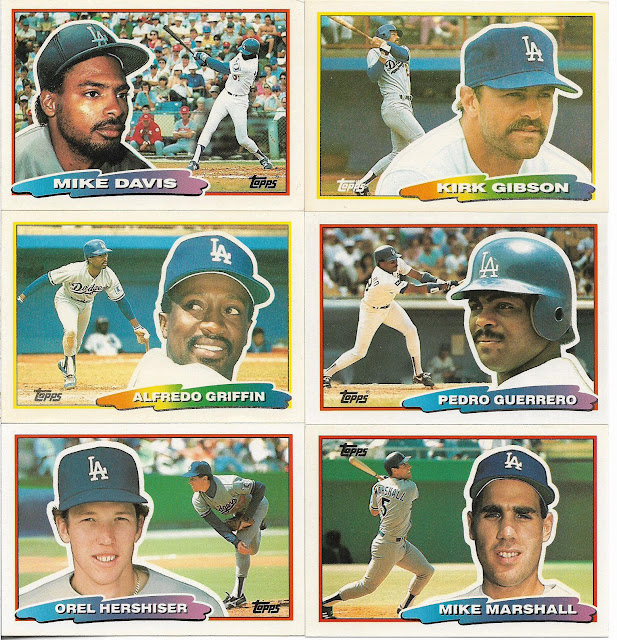 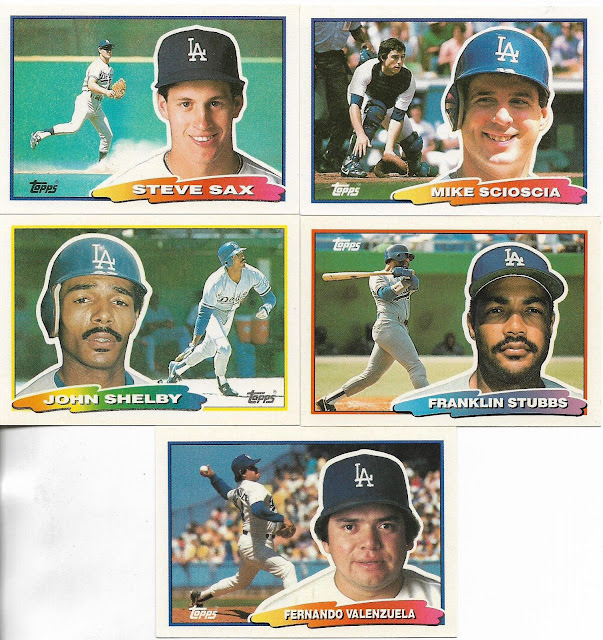 Here is 1988, the paint-splatter set. These guys are pretty special since most of them led the Dodgers to their most recent World Series title. 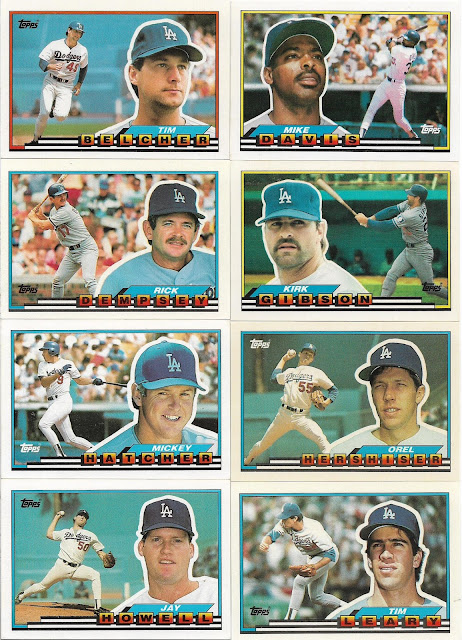 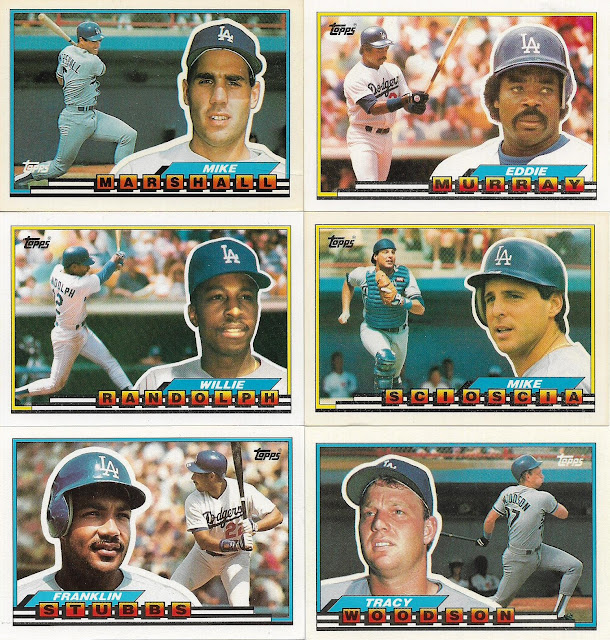 Here is 1989, the alphabet flashcards set. The Dodgers team set grew in size seeing as they were the defending World Champions. 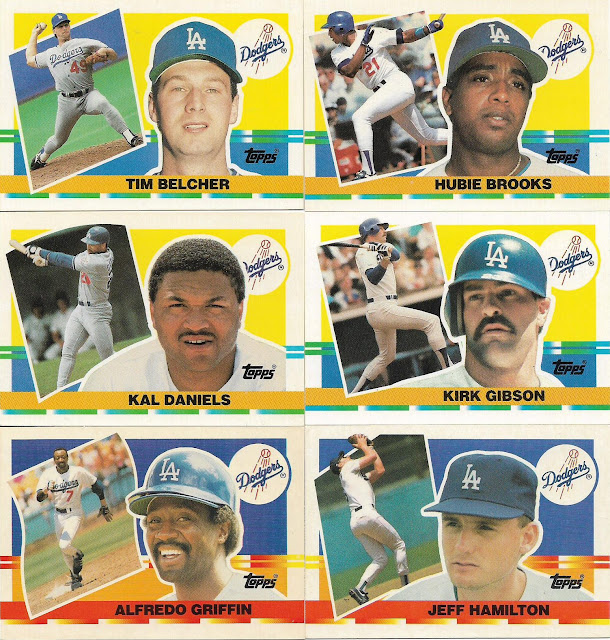 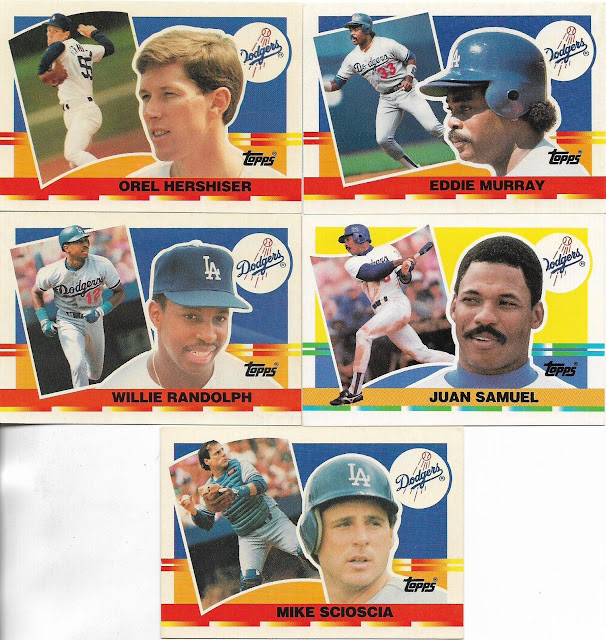 And here is 1990, what I call the Ocean Pacific set, because it seems to have a surfer art vibe. This team set is filled with new big-name acquisitions that didn't pan out. 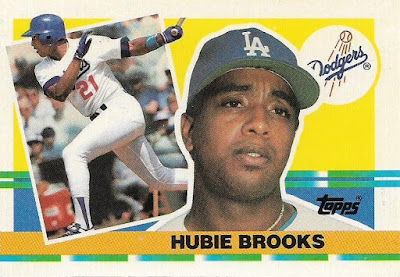 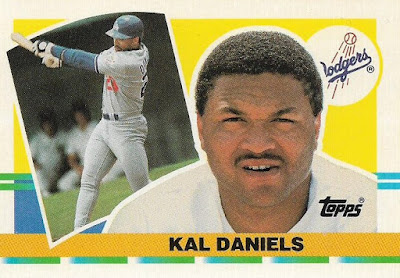 Two of those disappointments were the last two cards that I needed to finish the 1990 set. They were both Nebulous 9 needs and Greg from The Collective Mind was able to fish them out for me during his trip to The National.

Who knew Topps Big cards were so difficult to land?

Technically, I do still need one Dodger from these sets. It's from the 1989 set and it's one of those Olympian cards -- Jim Poole. He's shown in Team USA garb, so I don't really care whether I ever get it or not (OK, I actually do care, it's now on my Nebulous 9 list). So I'm calling these sets complete.

Jordan said…
From the moment I saw the title, I was hoping there'd be some sort of Peter Gabriel reference in here. Luckily I was rewarded.
August 25, 2017 at 8:51 PM

Matt Prigge said…
I remember hearing once that high numbers in Topps Big are hard to find. I have no idea if that's true or not.
August 25, 2017 at 9:26 PM

Anonymous said…
I've always felt that this is what happens when you start out with the premise "Let's make a set aimed at kids" rather than "Let's make a set that will appeal to all ages".
August 25, 2017 at 10:23 PM

Old Cards said…
I've always thought cards were aimed at kids. That's where our love for them starts. Collecting cards helps us keep a part of our childhood.
August 25, 2017 at 10:41 PM

Metallattorney said…
Huh. I looked at the stats for Brooks and Daniels, and I thought they had pretty decent years. They certainly did not play long for the Dodgers, but the numbers were decent.
August 26, 2017 at 3:08 PM

night owl said…
Daniels was good his first full year with the Dodgers, but I just remember him getting hurt a lot. Brooks, to be honest, I don't recall his one Dodger year much, I tend to lump him in with the other big-name grabs for the Dodgers at that time, a tactic that didn't work at all.
August 26, 2017 at 3:15 PM

Fuji said…
I realize I'm in the minority here... but I loved this product line. I just picked up 101 packs (30 something of each series) of the Ocean Pacific set for under $10 shipped. I originally purchased it, because I thought I still needed the 3rd Series set for my binder. Turns out it's the 3rd Series from the 1989 set that I still need. Oh well... these 101 packs will provide some rainy day entertainment in the near future.
August 27, 2017 at 9:37 AM