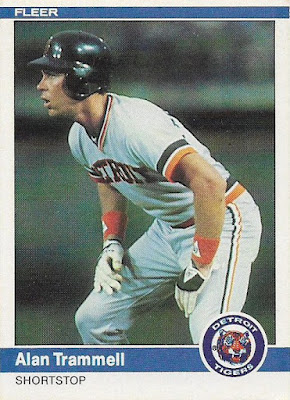 I've been doing this blog thing for so long that I've accumulated quite a list of trade partners. Most of the transactions aren't even really trades anymore. I just distribute cards whenever I have the time and then someone shoots something back.

I periodically come across new trade partners and I try to accommodate them, although I admit I'm not very good responding, mostly because life despises my hobby and won't let me keep up.

But when I'm about to transact with a new trader, there's always that concern on my end: what do I tell him that I collect? Yeah, I know you know what I collect. But it's different for a new trader. I collect Dodgers, but I also already have a ton of Dodgers cards, probably around 20,000 now. I also am trying to complete Topps sets from 1956 and 1973, but not everyone has those just lying around. And I love '70s oddballs, Kelloggs and Hostess in particular, but again, not everyone has those.

There are also various and random sets from the past I collect, which would be a good excuse to visit my want list. Except my want list is currently under construction (don't be disheartened, I am updating it regularly!)

So, what else? What else is something that I like that people might be able to send?

When you don't have anything you think I might want, throw some 1980s Fleer at me. 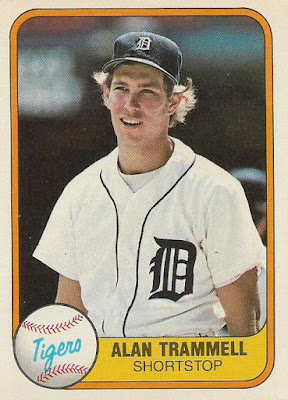 I've recently started putting what I have from the 1981 Fleer set in a binder so I can finally get a handle on what I need from that set. Someday you'll see a want list for 1981 Fleer.

And, I've already mentioned that I'm trying to complete '84 Fleer. The want list is up for that already.

I've mentioned a number of times that I enjoy 1982 Fleer, in all its blurry, hazy, poorly cropped glory. I've recently come around on '83 Fleer and '85 Fleer looks like fun, too. While 1986 Fleer is probably my least favorite outside of '89, 1987 and 1988 Fleer always appealed to me. (NOTE: Someone is already going to bomb me with '88 Fleer so wait until the dust settles).

In short, 1980s Fleer symbolizes all that was once good and right about card collecting. It's from that bygone era. I spend a lot of my time on Topps from that period and the oddballs, too. But Fleer was there, too, churning out cards.

They weren't perfect. They weren't shiny. But they were filled with players I followed and they came on sturdy cardboard and the packs contained stickers, dammit. We loved opening packs of Fleer.

So, yeah, throw some Fleer at me if you want. Even if I don't have a want list for it.

Bubba said…
"I've already mentioned that I'm trying to complete '84 Fleer. The want list is up for that already." Not that I'm sending you any, but I couldn't find this. Is it still part of your "work in progress"? More than anything, I'm just curious how much of the set you already have.
August 27, 2017 at 7:41 PM

Fuji said…
Let me know when you have that 81F wantlist up. That's the first set I ever owned and when I returned to the hobby I busted two (maybe three) wax boxes of that stuff and put together a hand collated set the most expensive way possible ;) Anyways... I have a bunch of extras.
August 28, 2017 at 1:21 AM

Johnnys Trading Spot said…
(Evil grin) heh he he heh heh. Be careful what you ask for, lol. You're lucky I'm not at home right now. Or should I say unlucky? You really need to tell the Evil rulers of life that you need to drive down to Florida to get some baseball cards and that's just way it is.
August 28, 2017 at 6:55 PM