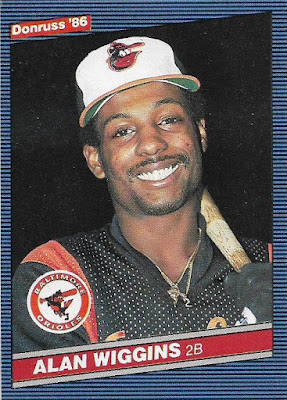 I can't go a week without reading something about the opioid crisis in this country. The U.S. has a drug problem, perhaps a bigger problem than ever, and I fear that even if this particular issue goes away, there always will be a problem with drugs.

I've held a healthy mistrust of drugs for most of my life, even legal ones. I believe that in many cases you can get what you need without the use of pharmaceuticals. But I realize that everyone is made differently.

I also grew up during a different time. At my high school, known drug users were outcasts, a select band of misfits that congregated after classes near the overhang where the buses parked to pick up kids. They looked different, they smelled different. I didn't need Nancy Reagan to tell me not to go over there.

But, obviously, even in the 1980s, drug use ran rampant elsewhere.

Cocaine was huge, I remember reading about it in Time magazine. And ballplayers were getting busted. I'd read that in Sports Illustrated. What an eye-opening experience it was during the '80s when the Pittsburgh drug trials named a number of well-known players, personal favorites of mine, as drug users.

Here is a list of players from the '80s tarnished by drugs. I'm sure I've missed a few:

Alan Wiggins' story is particularly sad as he's one of the few on that list who did not emerge alive from his drug addiction. His career ended at age 29 and he was dead by 32 in 1991.

The card above is interesting to me in that his Donruss card, along with his Topps and Fleer cards, shows Wiggins smiling. 1986 is the last time we see Wiggins smiling on cards. Check out his cards from '87 and '88, not a smile to be found (the 1987 season was a bad one).

His demise is well-known. He is thought to be the first major leaguer to die from complications related to AIDS, which he contracted through intravenous drug use. Yet, his legacy has been good to him. His daughter, Candice Wiggins, was a top basketball player for Stanford and is retired from the WNBA. Her brother, Alan Jr., also played college and pro basketball.

I grew up with a cautious attitude that I keep today. Some would call it a basic mistrust of the world. It has both helped and hindered me. I also grew up in a solid family environment, one that believed in education and the importance of reading.

I'm not perfect. I got into alcohol in college and encountered a few issues because of it. But I read all about those '80s ballplayers during that time and the problems they had with drugs and how it affected them afterward. I took note.

So I guess what I'm saying is not "just say no."

What I'm saying is: god dammit, read. Educate yourself.

Awesome Night Card binder candidate: Alan Wiggins, 1986 Donruss, #607
Does it make the binder?: I'm proud to include it.

steelehere said…
I always remember that the only former teammate to attend his funeral was Steve Garvey.
August 7, 2017 at 11:04 AM

night owl said…
Both were mentioned during the Pittsburgh drug trials. Neither were suspended, but their names were all over at that time.
August 7, 2017 at 9:08 PM

Fuji said…
Wow that's quite a list of names. Sadly... I saw a lot of those guys have their names in drug related news back in the day. I only learned about Wiggins' death a few years ago. I remember thinking that he could one day be a star in the MLB after having a pretty solid year in either 1983 or 1984.
August 8, 2017 at 9:44 AM