The most exciting seasons 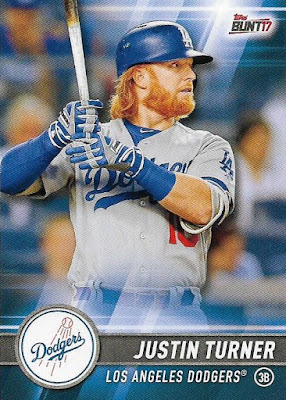 There was a time, back in the first year or so of this blog, when I'd post about the Dodgers' current state of affairs pretty regularly.

It was the result of posting on this blog twice a day (back before I added set blogs to my itinerary) and the need to represent myself as a Dodger fan. So I rambled about the highs and lows of the season. It didn't get a lot of response, but did get some.

About a year or two in, though, that go-go Dodgers stuff fell by the wayside. I never thought I was particularly good at that (I don't understand how team-oriented blogs keep the interest and words going) and had much more to say about cards anyway. But every once in awhile I'd throw a "Yay Dodgers" post in and no one would read it. So that was that.

I'd feel like the worst Dodger fan in the world if I didn't dedicate at least one post about the team's current performance.

To put it bluntly, I have never seen my team so unbeatable. Never. I've been watching the Dodgers for 40 years. Nothing has come close to the sustained will that the 2017 team owns where -- it sounds like a cliche -- you never feel like the team is out of it. Last night was just a repeat of what I have seen 10, 20, 30, 40 times this season. A comeback that looked impossible in the eyes of an impartial observer. This isn't a week or a couple of weeks. It's been more than two months of this. It's like they're playing a video game.

The Dodgers will win more games this regular season than ever in my lifetime. They've won 100 games only once since I've been alive (1974) and I wasn't watching games then. Their winning percentage at this stage (.714) is unheard of in all-time team history. They are now the favorite to win the World Series.

Say it with me: the postseason is a crapshoot.

I fully expect to be disappointed in the postseason. I'm not Yasiel Puig and proclaiming them a lock for the World Series. I'm sorry true bluers, that's just the way I was built. Somebody needs to prove me wrong.

There are five other Dodger seasons that I'd say are the most exciting since I started following the game. Here they are in reverse order of total heart palpitations: 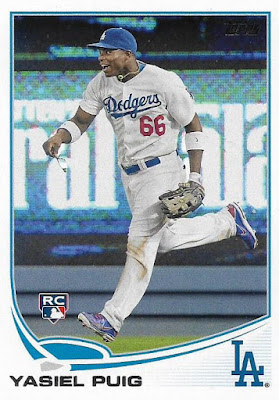 The year of ManBearPuig. The rookie sensation of the baseball world and the card world was finally a Dodger. And for a month or two, the team road him to victory. Probably the most exciting June for my team since the mid-1970s (and I saw Pedro Guerrero go nuts that month in '85). The season fizzled at the end thanks to the smelly Cardinals. But at least they beat the Braves! 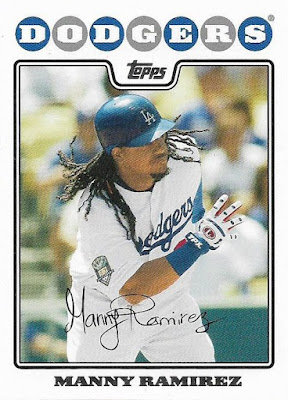 The year I started a blog was also the year the Dodgers --- wuuuuuuuuuuut? -- also acquired Manny Ramirez in a stunning, exhilarating three-team trade that propeled L.A. into the postseason. The Dodgers made it all the way to the Championship Series for the first time since 1985 before losing to the smelly Phillies. And then Ramirez got busted the next season. But, yay, 2008! 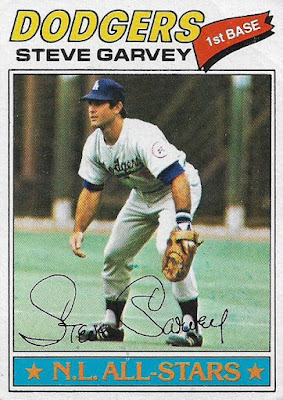 The first year I fully paid attention to those baseball games taking place on the television. The first year I watched NBC's Game of the Week every Saturday. And I was rewarded by the Dodgers advancing all the way to the World Series. The 1977 postseason was the first time my mother demanded I stop watching the game and come to dinner (but, MOM, the Phillies are about to blow it!!!!). It was the first year I started really despising teams (the Yankees) and players (Reggie Jackson, Thurman Munson). And all of it was great fun. It was theater. It was excitement. I had found my place. 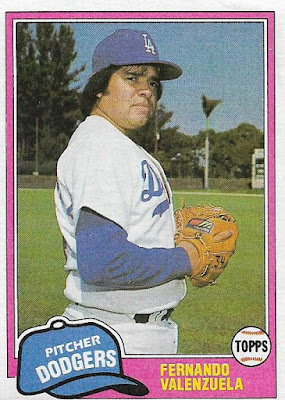 If it wasn't for Fernandomania during the first half of the season and the Dodgers' championship during the second half of the season, I would rank 1981 right there with 1994 -- one of the worst baseball seasons ever. The strike really screwed over a lot of teams and fans. But the Dodgers weren't one of them. I remember almost every moment of the postseason more vividly this year than any other. The dramatic moments -- Rick Monday's home run, Ron Cey's catch, Pedro Guerrero's coming-out party -- will stay with me forever. 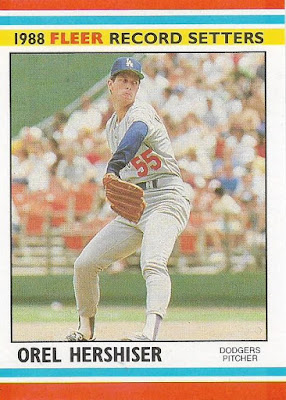 One thing that eases my mind -- that helps me think with some modest amount of confidence that the Dodgers can do it -- is that many of the Dodgers' World Series seasons were preceded by exceptional performances during the regular season. I've seen that in 2017 and I definitely saw that in 1988, particularly with Orel Hershiser's consecutive innings scoreless streak. The Dodgers' 1988 postseason more closely resembles the way the Dodgers are winning games now than anything I've seen in prior Dodgers seasons. And that makes me feel good, too. (There were actually signs of this last year, little did I know that it was just a prelude).

If the Dodgers do end up winning the World Series, I'm almost certain 2017 will rank as the most exciting Dodgers season I've ever seen, or at least tied with 1988.

But I'm not in any hurry to get there because I'm enjoying this season far too much.

(Hello down there, Giants).

Swing And A Pop-up said…
That's funny...sports talk radio over this way were talking about the very same thing today. An outstanding regular season does not guarantee a World Series Championship.
August 17, 2017 at 8:07 PM

cardstacks said…
Manny lifting the Dodgers into the playoffs in 2008 was fun. I bought the MLB.tv for the last few months of the season just to watch that team.
August 17, 2017 at 9:59 PM

Chris said…
1988 was the first year I was really aware of baseball - and the Kirk Gibson homer was my first vivid memory of a baseball game - so even though I'm not a Dodger fan I remember that '88 team fondly. I'm excited to see if the Dodgers can finally break through and win the NL pennant; they'll be a tough matchup for the Astros or Red Sox (i hope)
August 17, 2017 at 10:03 PM

Community Gum said…
Your memory is pretty remarkable. It's hard to distinguish seasons, but I do remember 2008 quite well and a great example of how a great regular season with a boat load of wins doesn't necessarily mean the Cubs won't F'ING CHOKE in the postseason.
August 17, 2017 at 10:25 PM

John Bateman said…
Oct 23, 1981, I was punked, I was at a high school football game when another student told me that Fernando was throwing a no-hitter. All the rest of the game I was killing my self for missing history. I did not miss history. When I got home, towards the end of the world series game, I was a little confused because a lot of runs were scored. (I would find out later Fernando's no-hitter ended in the second inning)
August 17, 2017 at 10:25 PM

Stack22 said…
So a kid from NY (and not a Mets fan), watches the '77 World Series and comes away disliking Reggie Jackson, The Captain, and the Yankees?

night owl said…
"Strange"? I prefer "Wise". I recognized the boorishness and badness of the Yankees as a kid. And I was never one to join in what the people were around me were doing just because they were doing it.
August 18, 2017 at 2:29 PM

Old Cards said…
Grew up hating the Yankees myself, but in retrospect, they were great teams. Saw Mantle near the end of his career and despite the numerous injuries, he was still amazing. If it had not been for those injuries, just imagine the numbers he would have put up.
August 18, 2017 at 7:31 PM