The Dodgers will not be ignored 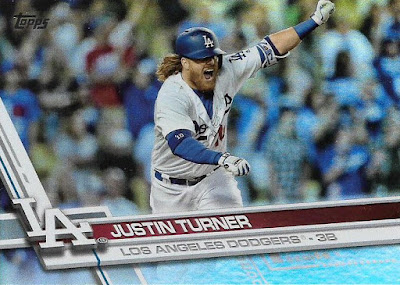 The Dodgers are doing something that is very difficult to do.

I don't necessarily mean all the games they're winning. I mean that they are repeatedly getting all the attention in the newspaper for which I work.

So they dominate coverage here. The Dodgers are almost always ignored.

However, this year, they are repeatedly leading the baseball roundup. There are more photos of them in the section than I ever remember in over 20 years of doing this job. And, in today's sports section, they showed up on the cover, with a very large photo.

Of course, that large photo was of Rich Hill, and the news wasn't good if you're a Dodger fan. Hill pitched a no-hitter for nine innings, but lost the game 1-0 when he gave up a barely-there home run to Josh Harrison. I knew something like this was going to happen, all the way from the seventh inning on. The MLB Network would break in to the Red Sox-Indians game frequently to announce that Hill was the midst of a perfect game, but not mention -- or hardly mention -- that the game was 0-0! It's 0-0!!! Do you know what that means? Lots of BAD stuff can still happen. This is important information! Just as important as someone throwing a perfect game!

And, of course, it happened.

It's still pretty darn amazing what Hill did. In fact, in terms of amazement, Harrison's home run comes in third (maybe fourth if you factor in Curtis Granderson's mammoth effort). First is Hill. Second is Chase Utley's diving catch, still marveling over that.

Also, another hot take -- since I know you asked -- none of this would have been an issue if Justin Turner was playing. The Dodgers would've scored runs. And Turner certainly wouldn't have botched that ninth inning grounder.

Anyway, you came to see cards.

The above card was sent to me in a Zippy Zapping from Torren Up Cards. It's one of those foilies. It was the only modern non-Topps card ZZ sent. Because, as you know, Kenny is all about Bowman. 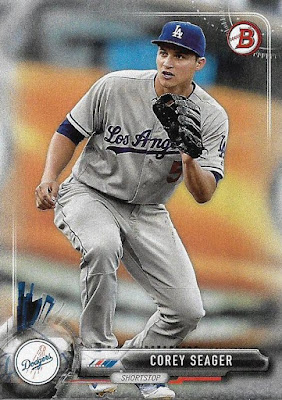 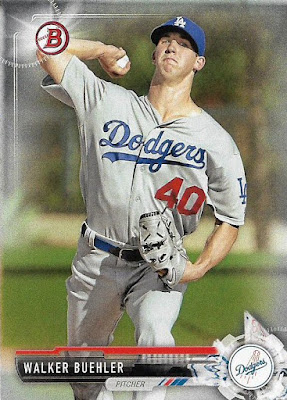 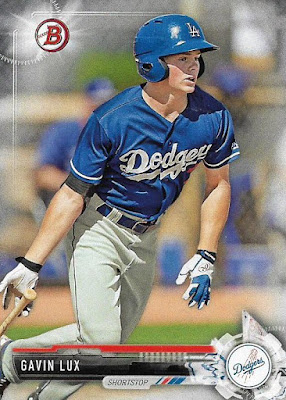 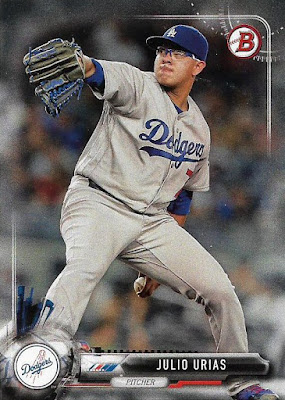 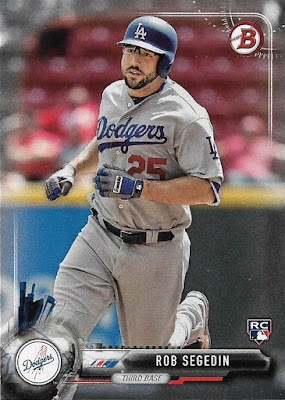 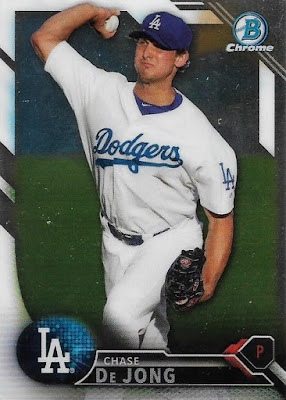 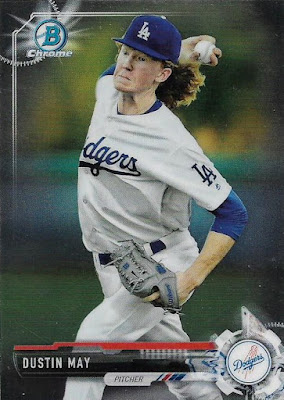 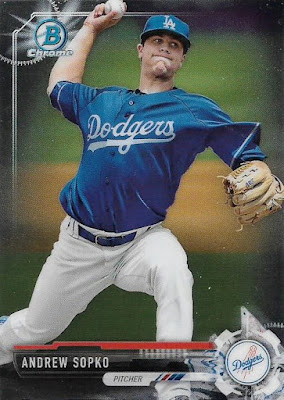 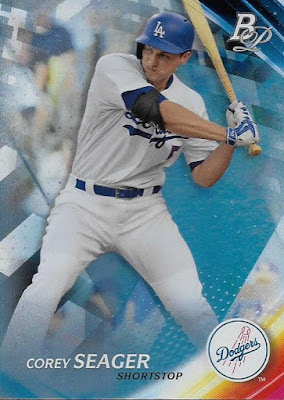 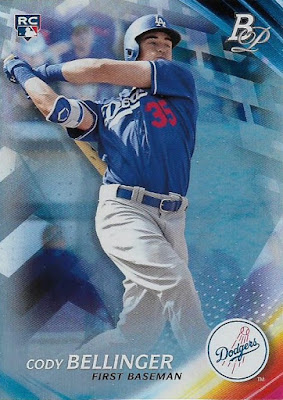 I don't know where he finds this stuff. There has not been one time when I've been in Walmart or Target since June that I have seen Bowman of any kind on the store shelves. I'm probably in one of those stores -- give or take -- once a week.

Can't even tell you what the wrapper looks like.

Yet, Zippy Zappy has his ways.

It looks like the Dodgers are back to winning today. Today was their 90th victory. 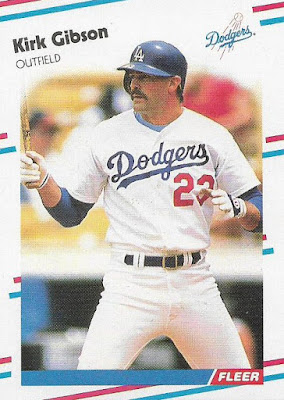 Zippy Zappy happened to send this 1988 card of 1988 World Series hero Kirk Gibson, too. I'm taking it as a good omen.

And I am really looking forward to putting a bunch of celebrating Dodgers into the paper that shows up on people's doorsteps the day after the World Series ends.

Won't that be something Yankees and Mets fans?

Old Cards said…
Went to high school with a guy that proudly wore his Dodgers cap until the teachers would make him take it off.
August 25, 2017 at 7:58 AM

EddieK said…
Count me as another Met fan who's rooting for the Dodgers this year, now that my favorite player has been traded there. Curtis is still something sorta grandish!
August 25, 2017 at 9:15 AM